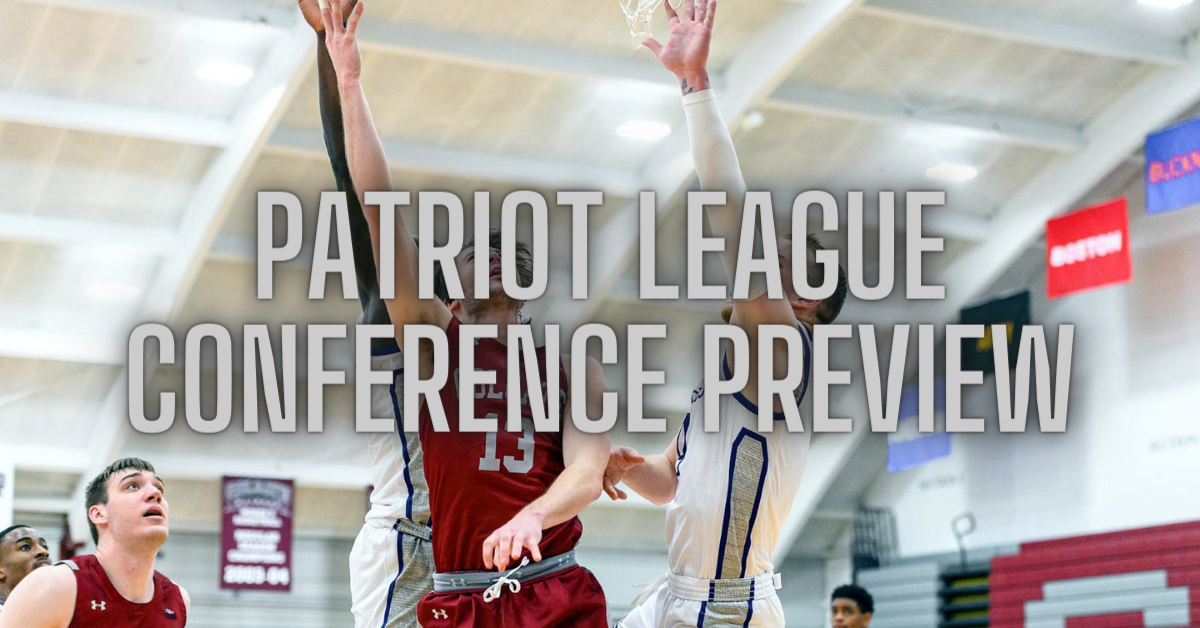 Some of the most universally respected institutions in the United States come out of the Patriot League Conference. Not only that, this conference has been host to a number of different upsets. Who could ever forget when Lehigh upset Duke way back in 2012? The conference is fairly top heavy, but a very competitive conference nonetheless. Here’s a look at the likely seeding for the conference tournament and analysis for each team. Note: All records and trends are as of 2/23.

Overview: To say that Colgate has absolutely dominated the Patriot League thus far would be an understatement. 12 of their 15 wins in conference have come by double digits, and their two losses were by four points each game. Offensively, the Raiders have been the best team in the conference without a doubt leading the conference in points per game (75.3), field goal percentage (46.7%), and three point percentage (39.2%). They have been led by senior guard Nelly Cummings, who is averaging nearly 15 ppg and 3.4 apg. The Raiders have been absolutely on fire lately, as they are on an eleven game win streak. It’s going to be incredibly tough to stop Colgate in the conference tournament, and they are my pick to come out of the Patriot League.

Overview: Navy is on  the complete opposite end of the spectrum with  Colgate. They are one of the worst teams in the conference offensively, averaging 64.6 ppg, 9th in the conference. However, they have been sensational on the defensive end. They are only allowing 59.3 ppg, which is not only the best in the conference but also the 6th best in the entire NCAA. The Midshipmen have proven the importance of being locked in defensively and their record and stats back that up. Senior John Carter Jr. has been big for Navy this year, averaging 12.5 ppg and 4.1 rebounds. Navy had a rough go with Colgate the first time they played, losing by 19 and they play again on Saturday, February 26. If they can lock in defensively on Colgate this time around, the Midshipmen could give them a run in the tournament if they face off.

Overview: The Terriers have been an interesting team in the conference this year in the fact that they have given Colgate one of their two losses in conference this season and they also lost to Florida State by only one point. On the flip side, the Terries still have mustered up some bad losses this season, losing to Holy Cross and Marist  at home this season. They have arguably the best one-two punch in the conference in guard Javante McCoy (16.6 ppg, 3.0 apg) and forward Sukhmail Mathon (15.2 ppg, 10.1 rpg – 12th best in NCAA). This team can be dangerous at times, but they have also shown vulnerabilities too. If Boston U can come into the conference tournament playing at their absolute best, watch out!

Overview: After sweeping Lehigh this season and with a game against American to wrap out the season, it would appear that the Greyhounds are going to sneak into the top four this season. A guy that is going to be Patriot League Player of the Year next season if he doesn’t get it this season (yes, I am calling it now) is junior guard Cam Spencer. Spencer has been feeling it this season averaging 18.8 ppg (best in the conference), 2.3 steals (best in the conference), and is shooting 36.5% from three. He is going to make a massive impact on the Greyhounds next year as well, and he deserves way more national credit than what he is being given currently. The Greyhounds have been in a slump as of late, losing 5 of their last six. They need to string a win in on Saturday to give them some momentum come conference tournament time.

Overview: Lehigh is a team that could surprise some people come tournament time, but the biggest issue with the Mountain Hawks is the ability to win games consecutively. This season, the squad has not won three games in a row against Division I opponents. To have any type of success in college basketball, springing together some consecutive wins is crucial, and Lehigh simply has not done that. However, when Lehigh does pull off their victories, it is because of their shooting beyond the arc, as they are averaging 38% from beyond the arc this season. The Mountain Hawks are led by junior Evan Taylor who is leading the team in points per game (13.0) and rebounds per game (5.6). Consistency is flat out going to have to be the biggest emphasis for the Mountain Hawks come tournament time.

Overview: Every conference has what I call a roller coaster team, a team that has some sensational games during a season one date and then has some really bad games the next. The roller coaster team of the Patriot League is Army. They beat a really solid Navy squad one game, and the very next game they lost to Lehigh by 13 points. It will be interesting to see if they can level out their season going forward. They have a really young and talented guard leading the way with sophomore guard Jalen Rucker, who is averaging 15.4 ppg and is shooting over 37% from behind the arc. Rucker is very impressive as only a sophomore, and he has the potential to make a name for himself inside the conference and outside the conference over the next couple of seasons. If we see a Black Knights team that is playing their best basketball, they will upset any team in the conference. If they are playing at their low, it will be an ugly first round game.

Overview: Although the record does not show it, the Leopards have had some really solid moments this season. They went on the road to Rutgers and defeated them by two (they were 21 point underdogs for this game). They also had a really solid showing at home against Army, beating the Black Knights by 14. Otherwise, it’s been a fairly disappointing year for the Leopards. A man who has been far disappointing however is the 7’0’’ junior Neal Quinn. Quinn has been the Leopard’s MVP by a wide margin this season leading the team in points (14.9), rebounds (7.5), assists (4.0), and blocks (1.3), He is an absolute force to be reckoned with down low, and who knows, if his teammates can support him come tournament time, they could be the cinderella team in the conference tournament.

Overview: The Crusaders started off conference play very hot, winning four of their first 7 conference games. Since then they have turned ice cold and have only won three of their last ten conference games. One area that the Crusaders excel in more than anyone in the conference is denying shots, as they lead the conference with a 3.73 blocked shots per game average. They need to find a spark soon to give themselves a shot at playing more basketball. The one guy on the team that is going to want that shot the most is senior forward Gerrale Gates. The big man has had a really solid senior campaign averaging 15.8 ppg and 8.3 rpg. He needs to be a leader to finish out his last year of college and give the Crusaders some luck going forward.

Overview: The Eagles can hang their hat on their double digit wins over Army and Holy Cross this season. They also have a really solid out of conference win against St. Francis (PA) this season to be thankful for. Otherwise, this season has been very poor and underwhelming for the Eagles this year. They are the worst in the conference in points per game, averaging only 63.3 per game while also giving up 71.5. It doesn’t look good for the Eagles moving forward either as they will be without their leading scorer next year in Stacy Beckton Jr. The Eagles have got to find a way to turn things around and quickly if they want to gain some recruits and make themselves a respectable program in the Patriot League.

Overview: Many of you will likely look at the trends for the Bison this year and say, “Well they are really solid O/U, that’s good at least. Bucknell this year is giving up 79 points per game, only 13 teams in the entire NCAA are giving up more points then that. Of their seven wins, the most respectable one was against Loyola MD. The Bison have gone incredibly downhill from 2018 when they won the conference. It is super disappointing to see the Bison’s poor season this season considering how good of a season senior guard Andrew Funk is having. Funk is averaging 18.1 ppg (2nd in conference behind Cam Spencer) and shooting 36% from 3. Bucknell has a lot of work to do to get them to be competitive in the conference next year.

From a betting perspective, betting the unders in these Patriot League games absolutely appears to be the move (outside of the first round games with the lower two seeds). The conference has some stars in it that are veterans as well as young stars who will flourish for several more years to come. Look for all of these teams to compete very hard and have very close games in the conference tournament, as they compete for the ultimate prize of representing the conference in March Madness.