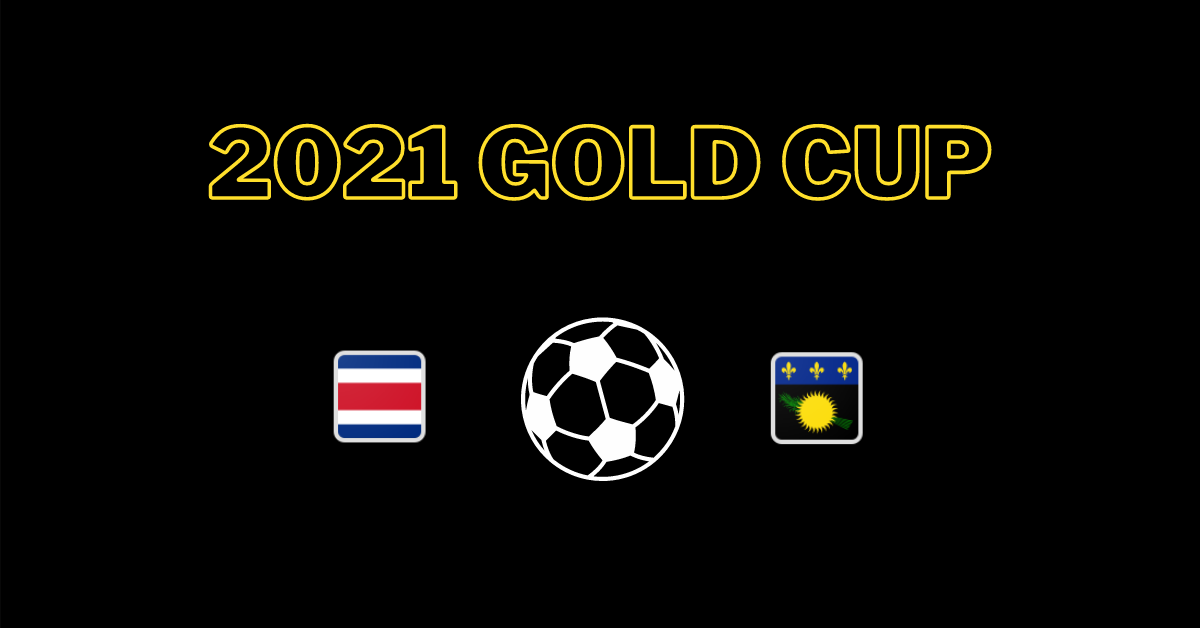 Given the year that they’ve had, Costa Rica really has the right opponent for this situation. The Ticos are normally a powerhouse in CONCACAF, but they enter the match winless in their past six contests. Still, Costa Rica are considered one of the favorites in Group C, as they haven’t failed to get out of the group stage since 1998 at the Gold Cup.

Guadeloupe is another team that doesn’t compete for the World Cup, but does compete for the championship of CONCACAF. The Gwada Boys have played just two matches this year, beating the Bahamas and edging Guatemala on penalties to earn their spot in this tournament. They’ve pulled some surprises in their past, but they haven’t had anywhere near the amount of time together that they did 10 years ago, when they lost by just a goal against the United States.

Reason: Costa Rica should be able to dominate this match, but with the Ticos lacking confidence after their recent poor performances, I think this score might be a bit lower than people expect. Two or three goals from the Ticos should be enough to get them back to the side that has dominated CONCACAF, and Guadeloupe will likely play from the back to avoid giving up more than that. Remember, Guadeloupe will likely play with goal difference on its mind, and that should lent itself to a lower-scoring match.

Reason: I just put myself through watching the Guatemala side that Guadeloupe just escaped on penalties, and based off what I’ve seen, if Costa Rica can’t score on this team, it’s in big trouble. Guatemala showed nothing in the way of attacking, and I’m not expecting Guadeloupe to pose much of a problem either. As long as Costa Rica plays its style, this shouldn’t be a close call.

Reason: There’s just not much in the way of side betting here, as we’re scraping the bottom of the barrel with this match. Costa Rica plays defense pretty well and shouldn’t have much to fear in the way of an attack from this side. Plus, this tournament is mostly playing to form so far, as four of eight teams have been shut out in their opener. Expect Costa Rica to add Guadeloupe’s name to that list.