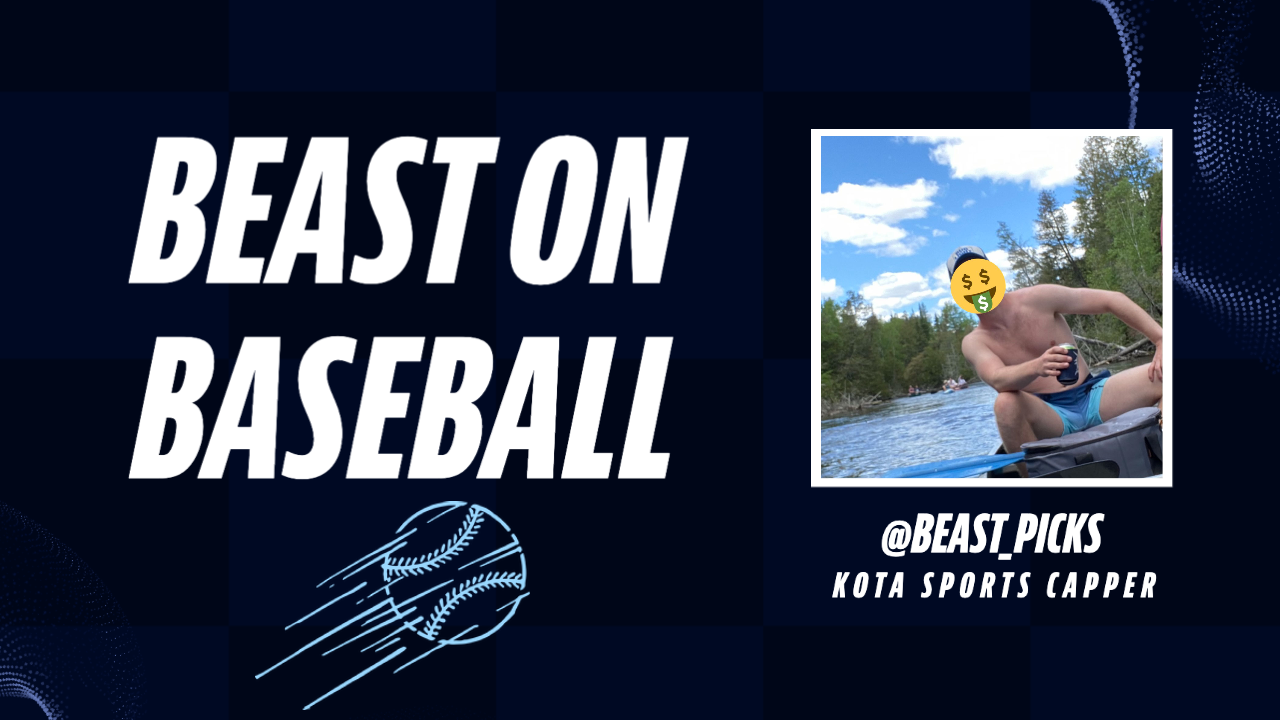 BOOM! We followed up a 2-1 Tuesday with a 3-1 Wednesday. The second half of the MLB season continues to be chock-full of winning bets and good vibes. At this point, we’re starting to creep into football season so there’s bound to be some days where I don’t have as many MLB plays but I promise we’ll still be betting some baseball on the heavy football days. Anyways, I’ve got three MLB bets I love today (and a bonus NFL preseason play at the end) so let’s get to it.

Alright, I ain’t even gonna lie, this game is going to be a stinkfest. Two of the worst teams in the league battling it out for who can be less bad at baseball. But, we do not shy away from bad teams in the #BeastOnBaseball column (see: bets on Tigers, Nationals, Royals, etc.). All jokes aside, the athletics have a decent pitcher in Paul Blackburn on the mound today. While Blackburn is not a star-studded pitcher, he is pretty average pitcher who has the ability to pitch above average against bad-hitting teams (like the Angels). That’s all we really need here. Just give us a decent start. The Athletics bats are nothing to write home about but they will face Janson Junk, a young guy with only 6 games of MLB experience the past two years and who looked great in his only start this year for LAA last week. While some might say he is due for another good start, I think it is the opposite. I think Junk is due for some major regression today and even if the Athletics lineup is a bit weak they still have guys that can do damage against a pitcher who is pretty raw. I think Junk looks like junk (lol get it..) and the Athletics grab the W today at +100.

This line is just far too low for me to not bite. And maybe I am the dumb fish biting the hook and missing something, but I just do not see this going under. This Padres lineup was already a very quality lineup that ranked in the top 10-12 in the league and then they went and added Juan FUCKING Soto, Josh Bell, and Brandon Drury (do not sleep on Drury who has a .275 BA and 21 homers this year including a grand slam in his first game as a Padre). The Padres offense got a massive boost and the vibes are through the roof in San Diego right now. Fans gotta be absolutely buzzing in the city right now and the clubhouse can feel it. It should come as literally no surprise that they have put up 9+ runs in two out of three games since the trade deadline. And that buzzing lineup gets to face Kyle Freeland who has an xERA of 4.80 and just got beat up by San Diego on July 14th allowing 5 runs in 4 innings of work. But that’s just the Padres! The Rockies can bring the heat too. While it is true they are a much different team hitting on the road, they still have some decent pieces, and based on their lineup it looks like they’re going to go righty heavy against Musgrove. For those who don’t know, Joe Musgrove is a great pitcher but he has shown a tendency to give up more bombs to right-handed batters so the hope is that the Rockies can run into a few HR here and add some runs as well. Also, he did just get beat up by Colorado to the tune of 9 hits and 5 runs over 5 innings (although that was in Coors Field). While I wouldn’t be shocked if the Padres covered this themselves, I think these offenses have enough power to get eight runs combined.

Okay, so this line is not up on all books but is up on some, so I have to play the fun game of telling you I would play this up to -145 but would not play it at 5.5 strikeouts. This is why prop betting can be frustrating. So keep your eyes peeled for it. Anyways… the man, the myth, the legend, Cole Ragans. I won’t lie to you I’m not a prospect guru, but the kid is one of the Rangers’ prospects that has been very solid this year so there’s a bit of hype for his debut entering tonight so I had to check him out. And while I expected an average kid, after a deep dive into what Ragans brings to the table, I like this kid. I’d even go as far as to say I love him! Cole has been electric down in the minors this year from a strikeout perspective, pitching to an 11.40 K/9 in AA and a 9.97 K/9 in AAA. In his last ten starts, he has thrown 6+ strikeouts in eight games, and in three of those games he went for 8+. The kid is slicing and dicing like my little cousin playing fruit ninja. He’s electric! But if you aren’t impressed by his stats just check out his icy flow. So not only does the dude have electric stuff, he has some gorgeous lettuce. I know the white sox are a tough lineup but tonight we are Cole Ragans superfans.

Not giving a deep breakdown of this one. Just simply facts that the HOF game has gone under 4 of the last 5 years and these early preseason games were UNDER MANIA last year. Also, my good friend @PotatoGobbler is on this one so that is an extra reason to love it.