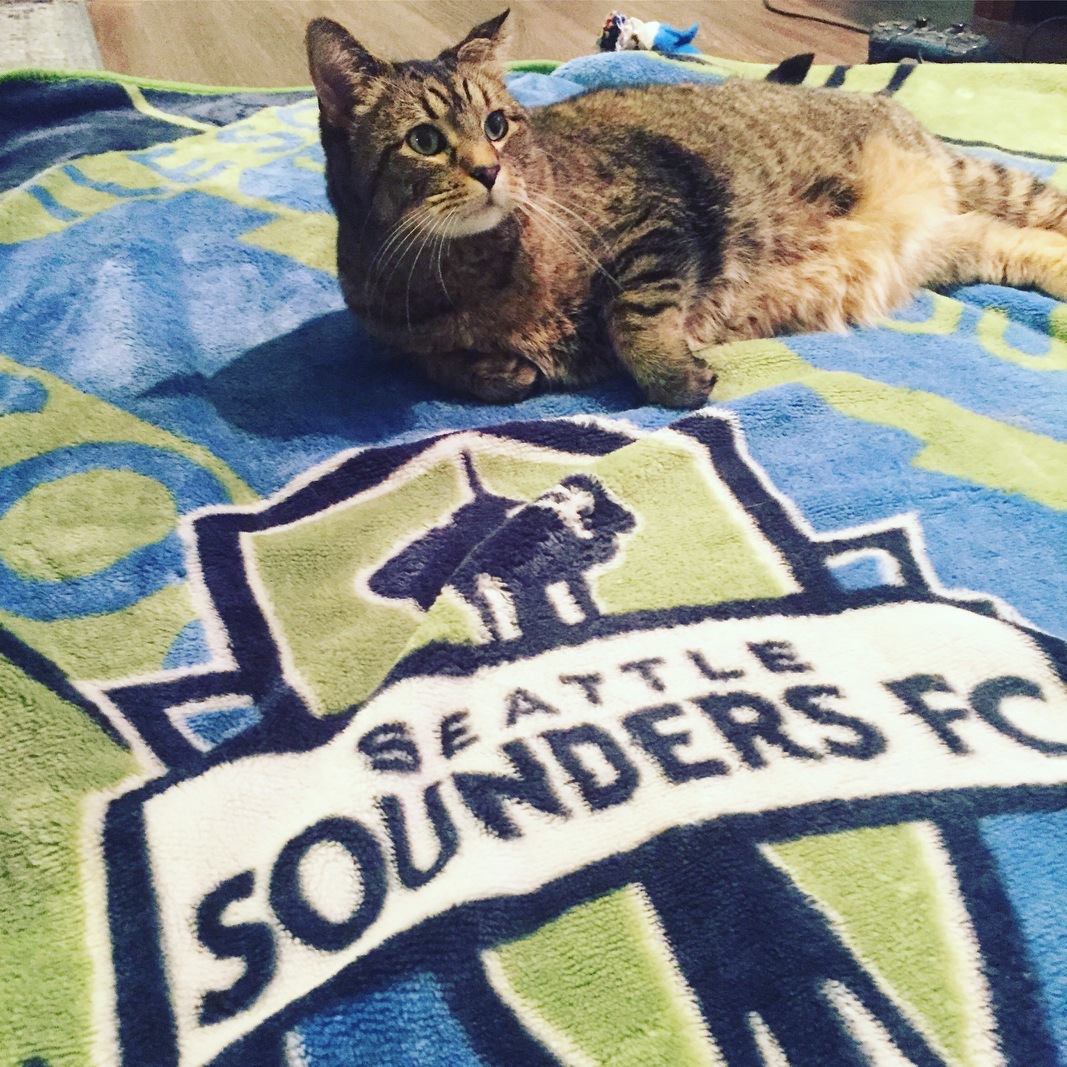 If you follow us closely, you know that it’s been almost a full week since my most recent picks article. And there’s a reason for that, beyond the fact that the Birmingham Stallions blew the cover in the final moments of the USFL title game. The reason is the health of my cat, Willy.

For the past eight years, Willy has been one of the most special things in my life. Amy and I adopted him at age 4 1/2, and I’ll never forget his first day with us. It was Day 3 of the 2014 World Cup, and naturally, I wanted to get home to watch England and Italy. Little did I know that this would be the moment where Willy would etch his way into my heart forever.

Back then, streaming hadn’t taken off, so I set up my older laptop with a feed of the match, plugged into our television. And Willy, who’d been with us all of six hours, decided my laptop was a cat-sized television and sat down to watch. And since then, he’s been my soccer companion. When the Sounders won their first MLS title, when Bristol Rovers won promotion back to the Football League, when Union Berlin earned a Europa League spot, I celebrated all of those moments with Willy.

At one point in a match against Sporting Kansas City, he even understood when the Sounders scored a goal, as he’d seen enough to know that when the green team scored, I was happy, and when I was happy, so was he. As soon as the ball went in the net, Willy started to meow in celebration. That moment brought me as much joy as any championship, because it was ours and only ours.

This week, Willy’s been fairly sick with ulcers in his mouth, which caused us to cut a trip short to be home with him in case the worst occurred. And that brings me to today, where we’ll watch the women’s Euros together. He’s making progress as I write this, but with his age (12 1/2) and health history, I know I don’t have many soccer weekends left with him.

Maybe this is the last one. Maybe I’ve got a hundred more. I don’t know the number, but whatever it is, I fully intend to enjoy each and every match I get with Willy for as long as he’s physically with me.

I love you, buddy, always and forever.

Here are our picks for July 9.

Switzerland are seen as the stronger side, but the Swiss have been in dreadful form in 2022, losing four matches and drawing two others against Romania and Northern Ireland. Those are not strong opponents by any means, and it has me thinking that Portugal have a decent shot to get something out of this match. Losing this one likely means the end of any hope of advancing to the knockout stages, so I think both sides will play conservative and hope to get at least a point out of this.

The Dutch don’t come into this match in great form, but they also know that they don’t have to win to advance. This side won Euro 2017 and reached the finals of the 2019 World Cup, so they certainly have the talent to give them a chance to reach the title. But Sweden has a history of meeting the moment and making life difficult for stronger sides. The Swedes likely won’t beat the Dutch to start their campaign, but a draw more than does the job for them.

Goals are a way of life in this rivalry. In 40 MLS meetings between Seattle and Portland, both sides have found the net 30 times, with the away side almost always netting a goal. The last time the road team didn’t score in this matchup was 2018, and the last time Portland didn’t net a goal in Seattle was 2017. I think there’s a good chance both find the net again, and if you want to get aggressive, Seattle and BTTS goes off at +250, with Portland owning just one road win in 2022.

Sporting Kansas City simply look cooked this season. This team is likely to see the U.S. Open Cup as its saving grace for the season and isn’t likely to put much into trying to win in MLS play. With four defeats in five MLS matches, I don’t see things turning against Montreal, which needs to have this match to keep pace with the East’s top teams.

Inter Miami remains wretched on the road, winning just once in eight matches outside of Fort Lauderdale. The Herons just turn into a different team when they leave South Florida, and I expect Orlando City to take full advantage. The Lions need a win of any kind, and I think they get it in this spot.