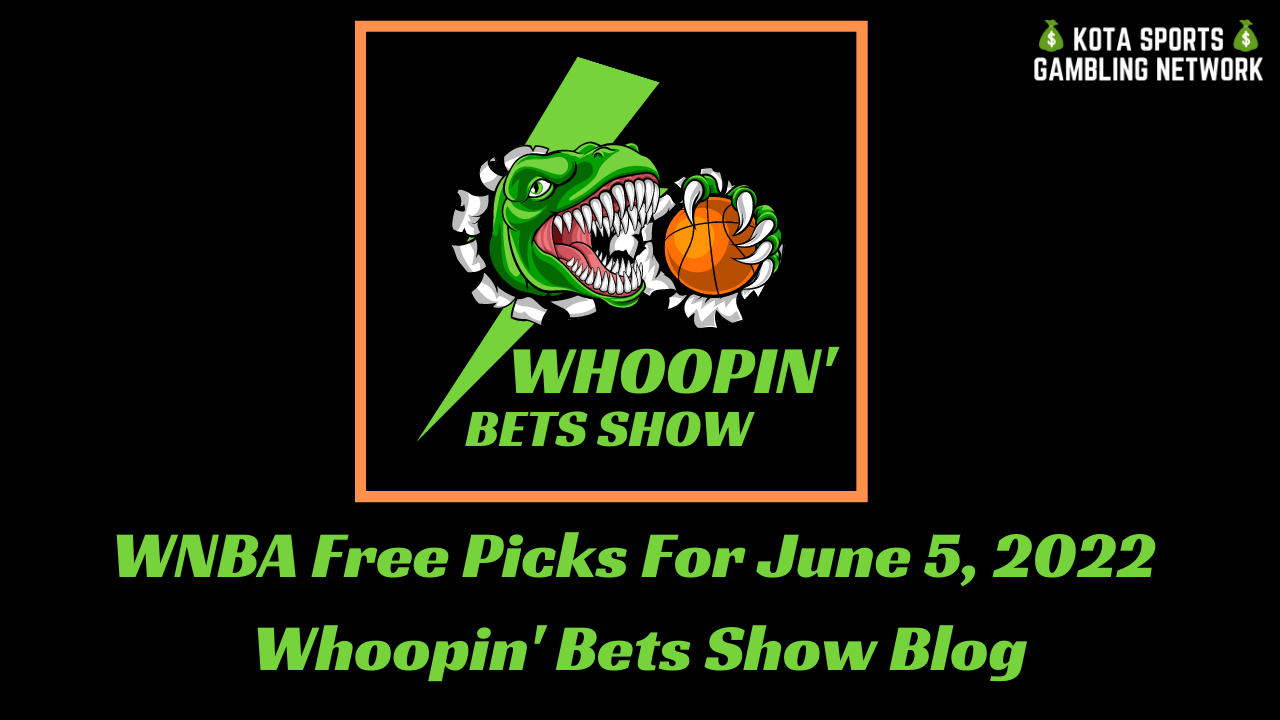 We have a sour taste in our mouth after going 1-3 (-2.3u) on Friday. There were no WNBA games on Saturday, so we are hungry to get back at it today with six games on the slate. Our intern at the network forgot to return the camera equipment to me this weekend, so our free pick videos will be back on Tuesday. Here are our favorite bets for today, June 5.

In a way, Atlanta is in a similar spot as we are. They are coming off a 73-65 loss to Chicago on Friday and now nobody is giving them a chance today against Indiana. If we look at the public betting percentages for this contest, 78 percent of the bets are on Indiana along with 89 percent of the money. This could very well be a low scoring game and because of that is why we like Atlanta here. Atlanta’s only been favored in one game this season and I think they move to 2-0 as favorites this season with a win and cover against the Fever.

We have two of the best under teams here this evening, so you know what that means. This total opened at 155.5, moved to 158.5 and is now sitting at 156.5. These two teams are a combined 16-3-1 to the under this season. How do we not hammer that, right? Chicago will be without Li Yueru (personal) and Elena Delle Donne will rest Sunday for the Mystics. Washington is 5-1 to the under at home this season and 3-0 to the under as underdogs, which they’ll be here today. I don’t seeing either of these teams scoring in the 80s, so we’ll hop on this under.

I’m going back-and-forth on a side for this game. Las Vegas is coming off that 97-90 loss to Connecticut, so I could see them revved up for this game considering it was their first loss of the season. Dallas on the other hand is 5-2 against the spread on the road and 5-2 ATS as underdogs. Marina Mabrey didn’t play too well last time out against Seattle and she’s still listed day-to-day but I’m expecting her to play and have a much better performance then she did on Friday. I like this total more and more as I look at it. Dallas is 5-2 to the over on the road and the Aces are 5-2 at home. But what version of Dallas are we going to get? In the last five games, the Wings have scored 69 points twice. But Las Vegas loves to score points as they are averaging 91.6 points per game. While Dallas has struggled offensively in the last handful of games, they are sixth in scoring at 80.2 points per game. I like this total where it’s at and will gladly jump on the over before it gets to the low 170s.