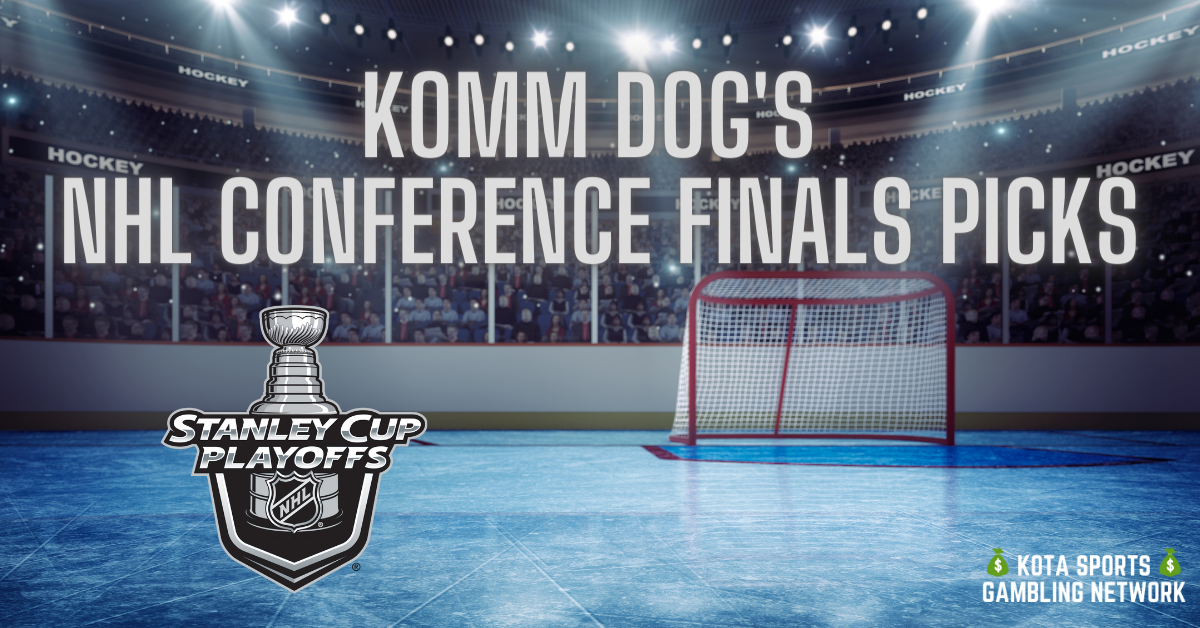 The Stanley Cup playoffs have been known to be the most exciting display of hockey shown all year. Thus far, this postseason has proven to be just that. We witnessed five playoff series go to Game 7, two go to Game 6, and one series going just the four games. If the opening round was any indication for how this playoff is going to go, we are in for an amazing few rounds of hockey. Let’s take a dive into the remaining four playoff series. Note: All playoff lines below are courtesy of Caesars Sportsbook.

After defeating the Toronto Maple Leafs in Game 7 up in Toronto, the Lightning have looked championship ready once again. The one thing that made the difference in their series with the Leafs was the Lightning took advantage of every power play opportunity that they had, scoring 6 of their 24 goals that series off of the play. Nikita Kucherov came up big for the Lightning, as he put up 8 points in the 7 game series. The biggest key for the Lightning is consistency. Their playoff series with Toronto went as follows: Loss-Win-Loss-Win-Loss-Win-Win. On the flip side, the Panthers are a team who has shown they can bounce back after losses and play just as aggressive. If the Lightning can win early, they have to be able to be consistent the next game as they were the first. The Panthers came off of a very competitive six game series against the Washington Capitals. They had an incredible playoff series from Carter VerHaege who led the team in points (12), goals (6), and assists (6). The key to winning their matchup will be on goalie Sergei Bobrovski. Last series against the Capitals he only had a 90.6% save percentage. This has to be improved against a very talented Lightning offense. Overall, this is going to be a high scoring series and a series with two of the best teams in the NHL.

After being down 3-1 in the playoff series against the Pittsburgh Penguins, the Rangers bounced back to force Game 6, then a Game 7, and then won Game 7 4-3 in OT to move on to the next round. They were very aggressive and smart in that series, only having 56 penalty minutes the entire series, tied for third best in the NHL postseason. They saw big moments out of Mika Zibanejed and Adam Fox who provided 11 and 10 points for the Rangers respectively. The key for the Rangers this series is for goalie Igor Shesterkin to continue his postseason success against a very solid Carolina Hurricanes offense. As for the Hurricanes, they snuck out of a game 7 game themselves defeating the Boston Bruins 3-2. The Hurricanes were very consistent throughout the seven game series, four players contributing more than five points. The Hurricanes will need to maintain a New York Rangers offense that was one of the leaders in round 1 of the playoffs in shots on goal. This is another solid NHL playoff series that could very well go the distance.

The St. Louis Blues went into the series with Minnesota Wild as underdogs, as many had the Minnesota Wild winning the Stanley Cup. The Blues responded by defeating the Wild in six games. David Perron was impressive for the Blues contributing 9 points all series, including a hat trick in Game 1. The Blues are a conservative and patient hockey team that was in the top 5 in the playoffs for goals per game but also in the bottom 5 of the playoffs in shots in goal. They will want to continue this pace against the best offense in the league in the Colorado Avalanche who want to score goals in bunches. Speaking of the Avalanche, they were the only team to sweep in the postseason, as they defeated the Nashville Predators in four games. The Avalanche had a solid 1-2 punch last series in Cale Makar (10 points, 7 assists) and Nathan Mackinnon (6 points, 5 goals). This team led the NHL playoffs in goals per game with 5.25 goals per game, but were also massive on the powerplay with a third of their goals coming off of the power play. They will need to continue to be aggressive and not let the Blues take over the tempo of the game if they want to be successful in this series. The Avalanche are one of youngest and most exciting teams in the NHL, and the Blues are one of the most patient and consistent offenses in the NHL. Every game of this matchup will be decided by less than 2 goals is my prediction for this series.

The battle of Alberta, Canada is here! Canada should be very proud, as one Canada team will make at least the WCF of the Stanley Cup playoffs this season. After several years of postseason failures, the Edmonton Oilers finally got the job done, defeating the Kings in 7 games. No surprise to many that Connor McDavid was phenomenal this series, contributing 14 points (4 goals, 10 assists). However, Evander Kane and Leon Draisaitl also made significant contributions as well by each contributing 9 points. The Calgary Flames defensively are one of the best in the NHL, as they only allowed 2 goals per game in the opening round of the playoffs, and only allowed 2.51 goals per game in the regular season, third best in the NHL. The Oilers need to continue to find members of the team contributing outside of McDavid and Draisaitl to give them even a remote shot to win this series. The Flames took care of business in six games against the Dallas Stars in the opening round. Johnny Gaudreau continued his dominance from the regular season into the postseason, contributing 9 points and 6 assists this postseason. The guy who has received the most attention (and deservingly so) this postseason for the Flames has been goalie Jacob Markstrom. Mackstrom only allowed 11 goals in the 6 game series, best this postseason, and had a 94.3% save percentage, second-best this postseason. Opening up the offense and being more patient is going to be key for the Flames. They need to keep the puck away from the Oilers and control it most of the game to have success this series. This series is going to be so much fun. These two teams are cross-province rivals. Punches will be thrown and cheap shots will be had. This could be one of the most exciting postseason series to watch.

I know a lot of people who come up to me and say, “I really like to watch hockey highlights, but I don’t understand how the game works or haven’t paid a whole lot of attention to these games.” Now is the absolute perfect time to do just that! The Stanley Cup playoffs have been so fun to watch for a guy who watches hockey mostly in the postseason, but will dabble in the regular season. I look forward to the rest of these games, and I (cue the Charles Barkley voice) GUARANTEE this Stanley Cup playoffs will be well worth the watch.