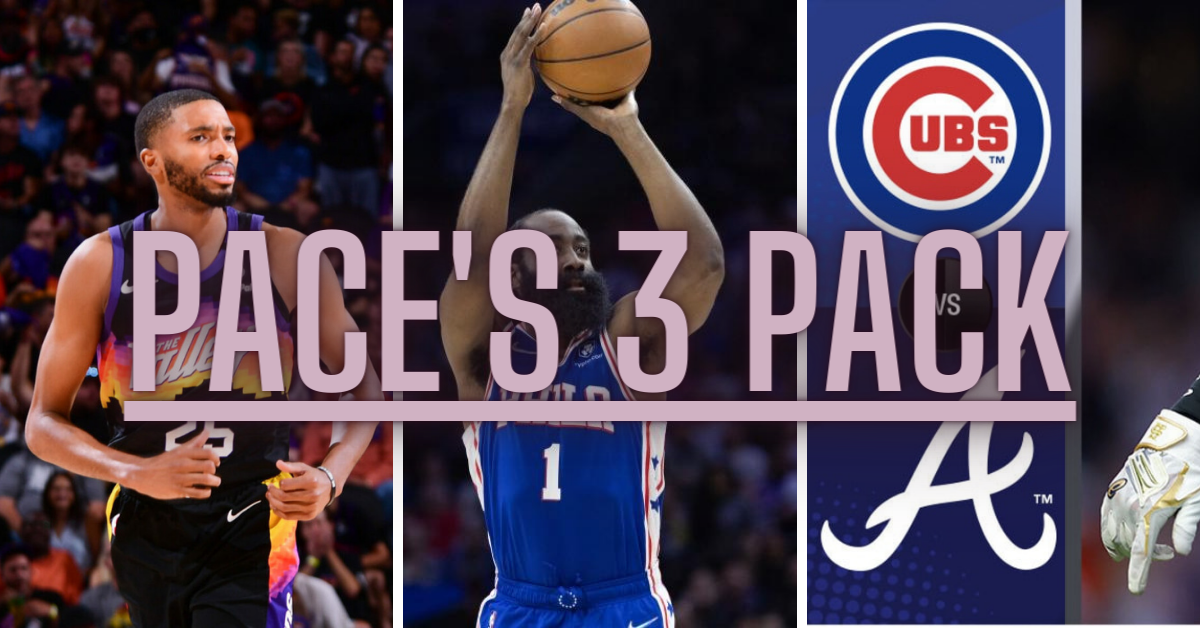 We had our first losing day of the week on Wednesday because the Chicago Bulls were atrocious from the 3-point line against Milwaukee. The Bucks finished off Chicago 116-100 and I had over 218 points. It looked dead for most of the game but got taken off life support late in the fourth quarter. With 2:41 left to play in the final frame the score was 110-95 in favor of the Bucks. Asking for 14 points in the final three minutes of a blowout game was a dream ask but we only needed three points with 46.9 to go after a Patrick Williams dunk. We ended up getting zero and Wednesday was our first losing day of this week.

Here are my favorite three plays for Thursday, April 28.

I still think this Phoenix vs. New Orleans series is going to go to a Game 7, so I lean Pelicans ML (+120) here but my favorite play for this game is a first half play. The average halftime score in Games 1-5 have been 56-46 in favor of the Suns.

I’m going to stick with the Pelicans get off to slow starts trend and take Suns ML (1H) at -125 for tonight’s contest.

Has James Harden even played in this series? Of course he has but he’s really been a non factor especially on the boards. I like Harden u6.5 rebounds for tonight’s game against Toronto. Harden has yet to haul down more than six rebounds in this series and I expect him to go under this total for the eighth straight time tonight. The last time Harden hit his over rebounds total was on April 3 when he finished with 10 rebounds against Cleveland. I’d suggest jumping on this prop now if you like it because the odds will only get worse throughout the day.

For my final play of the day I’m taking Chicago/Atlanta under 8.5 at -110. The Braves have scored five runs or less in seven of their last eight games. The first game in this series ended 3-1 and now we get a matchup with two very good pitchers in Drew Smyly (Chicago) and Kyle Wright (Atlanta). Wright is 2-0 this season with a 1.06 ERA and Smyly is 1-1 with a 2.45 ERA. Both these pitchers have given up 14 hits in a combined 31.2 innings of work. Wright is also Top 10 in strikeouts with 28. This is going to be a very good pitching matchup this evening and with a banged up Braves lineup, I like this total to stay under the number.