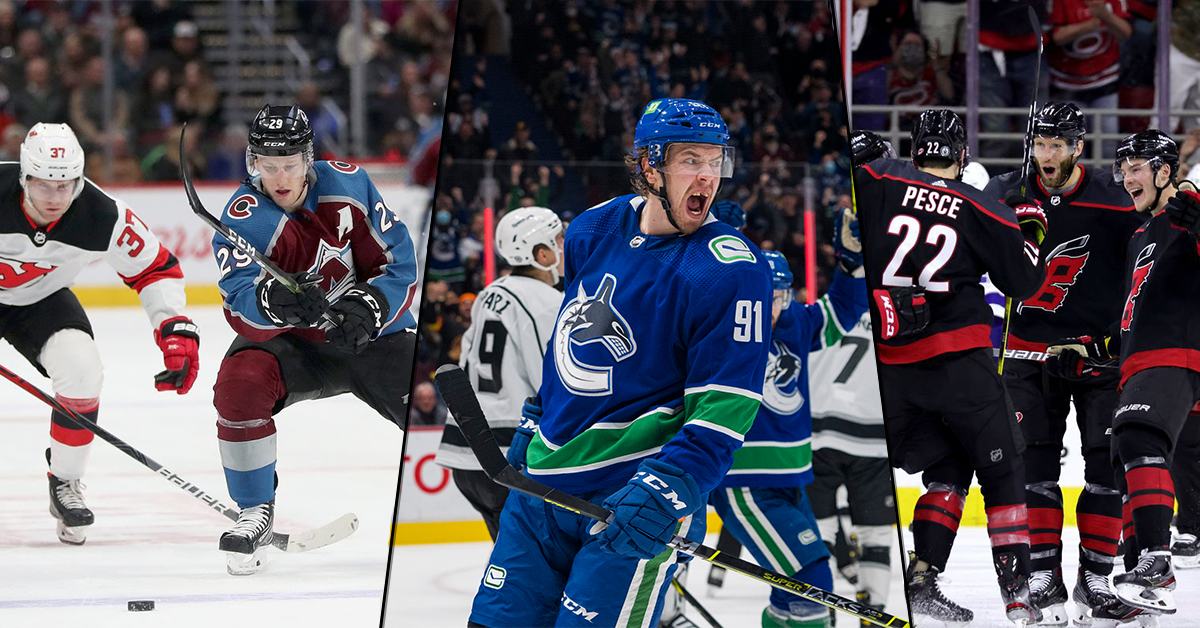 What a comeback for #PGsPicks!

The Return of #PGsPicks goes 2-0-1 ✔️✔️
Should’ve gone 3-0..
I’m still begging for this meaningless 3 pointer to be investigated by the @NBA (His foot was on the line!) https://t.co/Pf9OMVp2MB pic.twitter.com/W8exvfSzpO

As the tweet says probably should’ve been 3-0 yesterday, but we’ll still take it!

No Basketball today, but I do have a few picks for this fine Thursday.

The Avs are coming off of a back-to-back, which for an over I’d argue is a good thing. We will have backup goalie Pavel Francouz in net for Colorado and he doesn’t mind letting in a goal or two.

The Avs are coming off of a 9-3 drubbing of the Kings, and in the Devils last game they beat the Arizona Coyotes 6-2.

Both of these teams have electric offenses and are capable of scoring more than enough at any given moment.

I’m assuming the Avs win big, but with the backup goalie in net I think the Over is the safer play.

First, we have the Hurricanes taking on the Red Wings in Carolina. The Hurricanes are huge favorites for good reason. They look to head to the playoffs at first place in their division. Looks like we’re going to have Nedeljkovic in goal for the Red Wings, who has given up 11, 5, 5, 3, and 5 goals in his last 5 starts. Guy has been getting SHELLED and he’s playing a Carolina team full of Killers.

Next, we have the Canucks at home against the worst team in the league, the Arizona Coyotes. Vancouver comes in winning 4 straight and looking very impressive. The Canucks are still at play for a playoff spot. (Fairly unlikely they get there but still, they have a shot.) Arizona is just abysmal and has a ton of guys out for this late-night game on the road, I expect the home team to cruise.

Now obviously, this isn’t the most plus-money parlay of all time, but it’s a winner.

If you want to spice it up and make it more of a plus-money bet feel free to do so.

Let’s sweep the board again. Best of Luck.