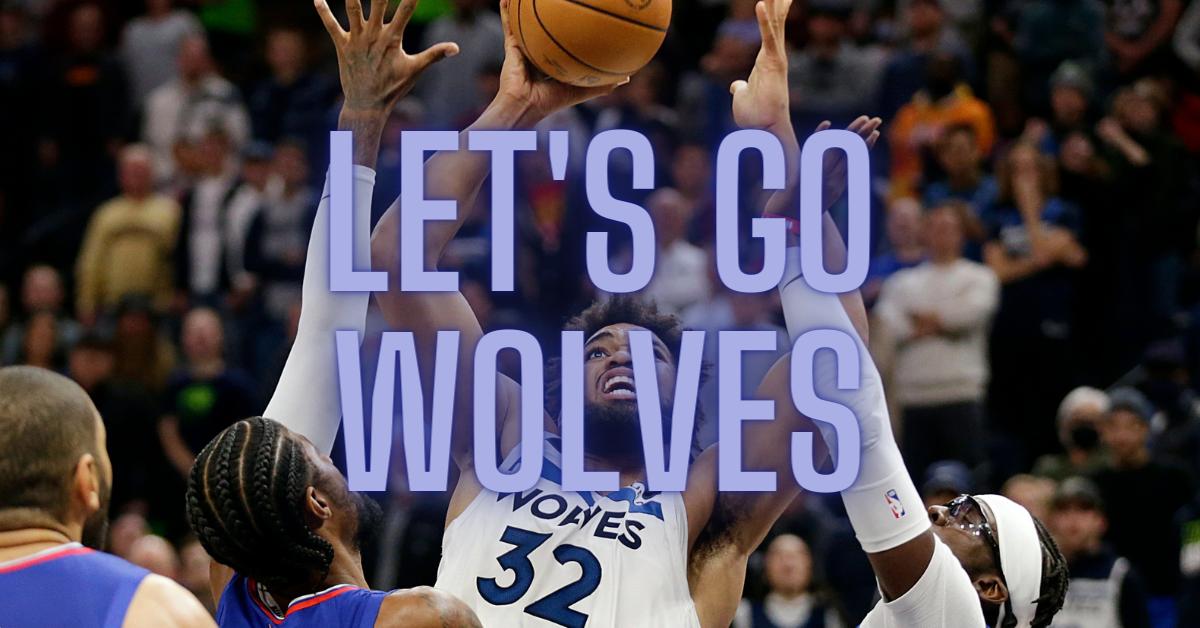 Minnesota’s playoff hype-video had it all.

The Wolves (-3) host the LA Clippers at 8:30 today (Tuesday) for a spot in the NBA playoffs. More specifically, for the No. 7-seed in the Western Conference Playoffs. It’s not going to be easy for Minnesota even though they are -145 on the money line but I don’t see how we don’t take Chris Finch and company on the alternate spread line of at least -6 (+130). This line opened at Minnesota -2.5 but it’s been bouncing between that and -3.5. The big money is on the Timberwolves, while 58 percent of the money is on the Clippers.

Playoffs isn’t a word that Minnesota fans are used to using in their vocabulary. The last playoff appearance for the boys was in 2017-18 when they lost in the Western Conference first-round in five games to Houston. No matter if the Wolves win tonight or lose/lose and miss out on the playoff party, this season was arguably their best ever not involving the Big Ticket.

The Wolves made 1,211 3-pointers this season, which was the most in franchise history and wracked up a franchise-high 9,507 points (first in the NBA). The defense was suspect at times but in terms of talent, hype and coaching, this season is one fans won’t forget. Let’s just hope we get two home playoff games at Target Center

Finch and his staff signed a multiyear extension with the team on Monday. His 62-61 record is good enough for the franchise’s second-best winning percentage (.504) by a head coach only behind the great Flip Saunders, who finished with a .521 winning percentage.

But the fans want to see results in the postseason. If Minnesota beats the Clippers today, they are in. If they lose, they’ll host the loser of the Spurs/Pelicans matchup for the No. 8-seed on Friday. The typically Minnesota thing to do would be to lose against the Clippers and then play in a barn burner with most likely the Spurs. Let’s not do that, shall we?

The Clippers are 3-1 vs. Minnesota this season but the two teams haven’t played since Jan. 3. The last time out ANT scored a team-high 28 points, Pat Bev dished out a team-high 12 assists and six players scored in double-figures. The Clippers were led by you guessed it, Serge Ibaka’s 17 points. LAC has won five straight and Paul George and Norman Powell are back in the lineup. The Clippers are also 15-6-1 ATS in their last 22 meetings in Minnesota. But the Wolves’ big three are coming for blood. KAT averages 24.6 points and 9.8 rebounds per game, while ANT scores 21.3 points per game and D’Lo pours in 18.1 points and 7.1 assists per contest. Minnesota is athletic, hungry and at home on Tuesday night. Target Center has been nice to the Wolves this season as they are 11 games over .500 in their home arena. The Clippers dealt with the injury bug all season and may still be without Luke Kennard for Tuesday’s matchup but the team is trending in the right direction with Playoff P back. Kawhi Leonard is also out for LAC.

Pace the Timberwolves fan: “Wolves win by 20 points easily as long as they don’t get out rebounded. Hit them alt spread.”

Pace the subpar sports gambler: “I think the move here is the Clippers ML. They’ve been one of the hotter teams down the stretch and I know the three wins over Minnesota came back in November but teams don’t forget those wins/losses. Like Bruss said on Tuesday’s episode of Mount Lockmore, these Tuesday/Wednesday Play-In games are just like Game 7’s. Minnesota has the talent to win this contest but deep down Minnesota fans are worried. Of course that’s okay but the play here is Clippers ML.”

I’m going with my heart here, so best of luck if you tail.