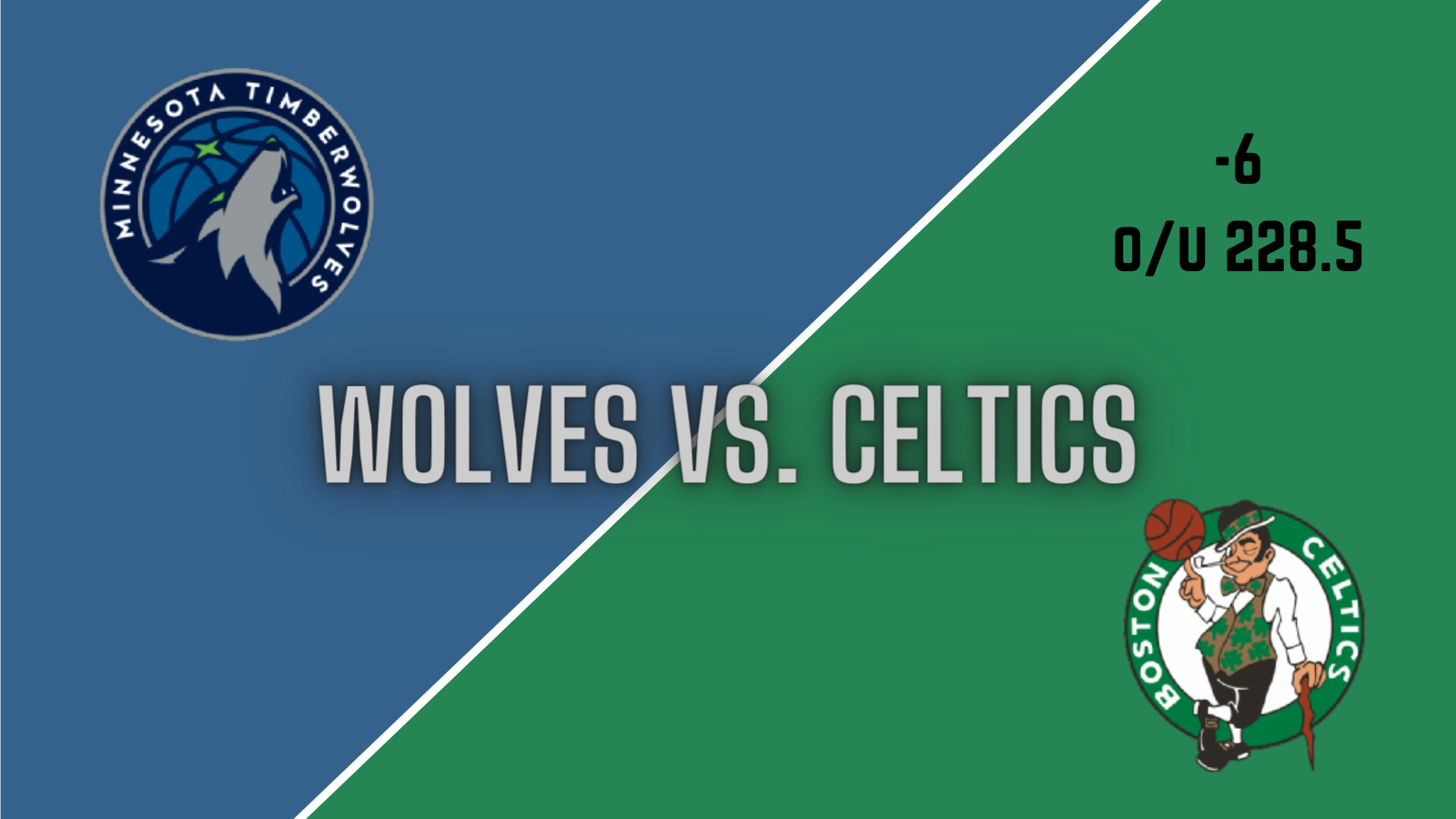 Minnesota travels east today (Sunday) to take on the hottest team in the NBA. Boston has won 21 of its last 24 games and are 6-point favorites against the Timberwolves with the total set at 228.5. Minnesota sucks when they play the Celtics but KAT and the crew ended a nine-game skid against The Green on Dec. 27 with their 108-103 win. Boston was on the struggle bus in December and have looked tremendous as of late. But Minnesota has all of us fans believing and that’s more terrifying than a Jayson Tatum, Jaylen Brown one-two punch. Here are two bets I like for tonight’s 5 p.m. (CT) contest.

I’m not going to let my heart get in the way of picking a side in this game. Minnesota is hot and with seven games left on the regular season schedule it’s go-time for Chris Finch and company. The Timberwolves are in no trouble of dropping to the No. 8-seed in the West. They trail Denver by one game for the No. 6-seed and are two and a half games back of Dallas and Utah for the No. 5 and No. 4-seeds. I just don’t think the Wolves gain any ground on those three teams tonight. Boston has won its last 21 games by an average of 17.6 points and are 14-7 ATS in those wins. While, Minnesota is 17-9 ATS since its hot start kicked off on Jan. 30 with a 126-106 win over Utah. The Timberwolves are also the fifth-best team ATS this season (covering at 56.2 percent). But combine the fact that Boston leads the NBA in defensive efficiency and Minnesota can’t stop a nose bleed offensively, I think the Celtics can cover this number.

This is my favorite prop bet of the day. My book has it at -137 currently and I expect that number to increase throughout the day. Here’s a breakdown of how many assists Russell is averaging per month this season:

He’s also hit over 5.5 assists in 11 out of 12 games this month. A tad bit of juice but nothing to scare me away from this bet. I expect later on in the day, the juice on this bet would scare me away.