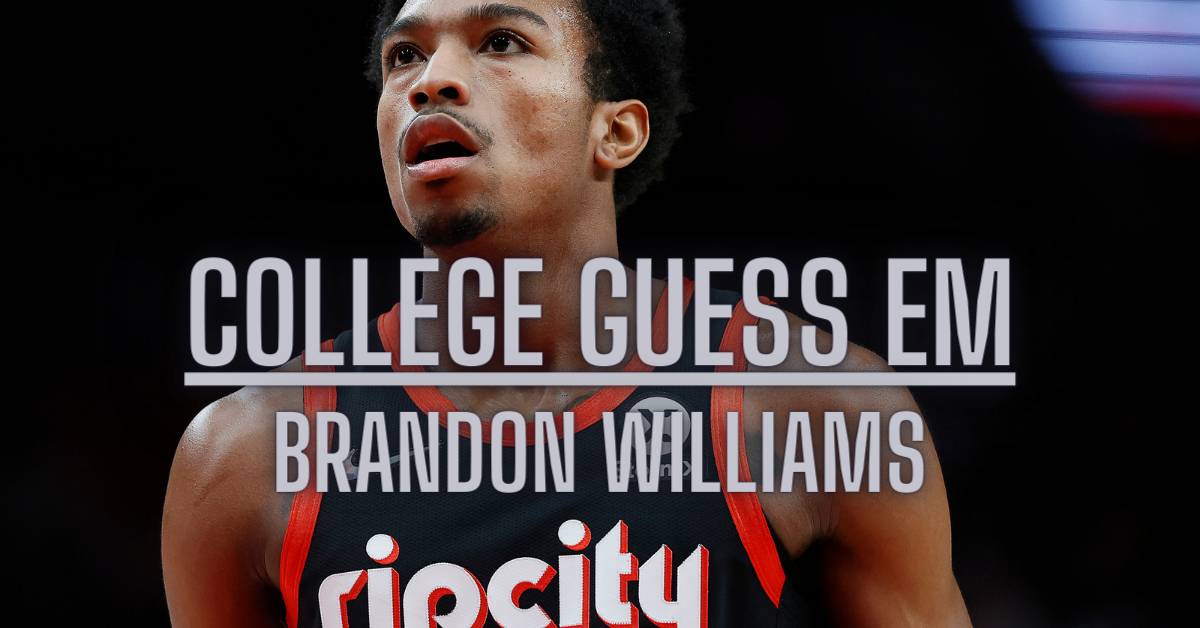 A couple buddies and I have this game we play in the car when we are coming back from the golf course and I thought it would be fun to turn it into a daily morning blog. Somebody shouts out a player and the rest of the car has to guess where that player went to college.

I’ve added a little twist to the game, however. Below you’ll find three clues. These clues are to help you. Some clues are harder than most. Drop your answers in the comments. Maybe one day we’ll turn this into a board game.

Where did Brandon Williams go to college?

Clue #1: In 1926, this university’s motto was founded after quarterback John “Button” Salmon told his teammates, “Tell them … tell the team to bear down” before he passed away.

Clue #3: This university’s head basketball coach was fired in 2021 during an NCAA investigation into alleged infractions during his time at the school.