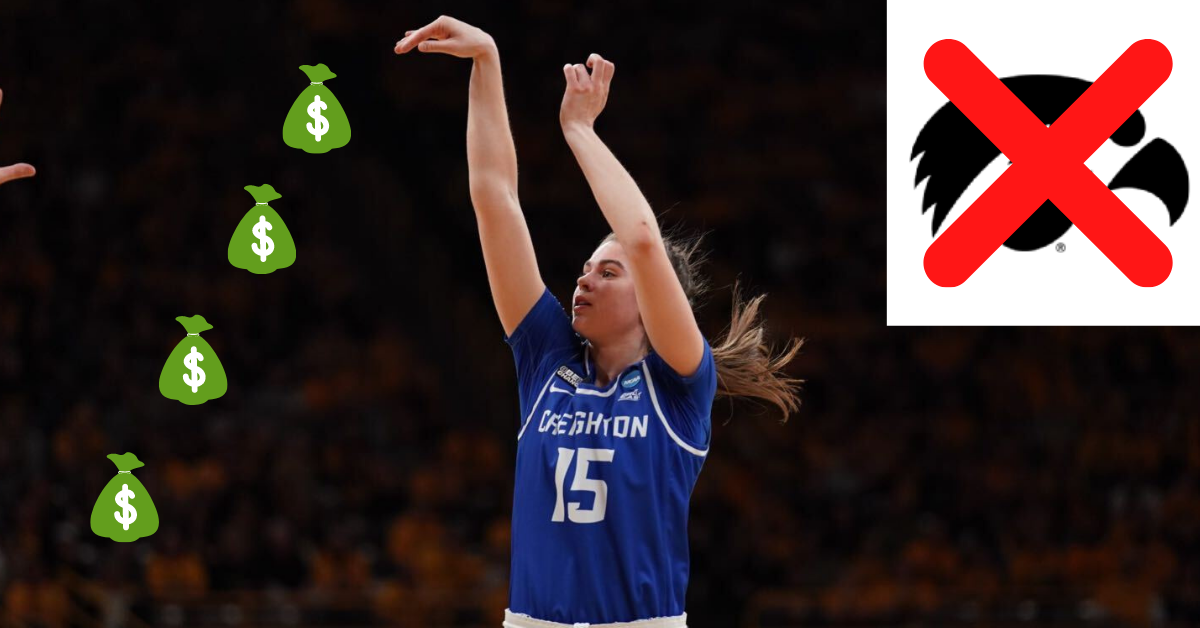 Lauren Jensen claims there’s no bad blood between her and Iowa. I don’t believe it. Not for a second.

“Being back in Carver, it’s fun for me,” Jensen told The Gazette. “There is no bad blood, no red flags.”

“We love Lauren,” Iowa’s Kate Martin said. “No hard feelings there. And we’re really happy for her because she’s been so successful at Creighton.”

“When I decided to enter the transfer portal, I had some places in mind,” Jensen said Saturday. “I knew Creighton would be a great fit. The process went smoothly, and now I’ve gone full circle in almost a year.”

Jensen transferred to Creighton this offseason. How many miles separate Creighton and the University of Iowa? 248 miles or 3 hours and 40 minutes.

Now she’ll be remembered as the athlete that made the biggest shot in Blue Jays history.

The Lakeville, Minn., native knocked down the game-winner on Sunday afternoon that sent #10 Creighton to its first-ever Sweet 16 appearance with the 64-62 win over #2 Iowa.

Jensen was on fire late in the game. She scored nine of Creighton’s 13 points in the fourth-quarter as the Bluejays ended the game on a 6-0 run in the final 85 seconds. That made some key defensive stops late as well including on the final play.

Jensen played her freshman season for Iowa, then entered the transfer portal last April. A few weeks later, she was headed about 250 west to Omaha, Neb.

The Final seconds of a SWEET UPSET!

Seven double-digit seed wins this year, which is tied for most through first two rounds. (8 in 2018)