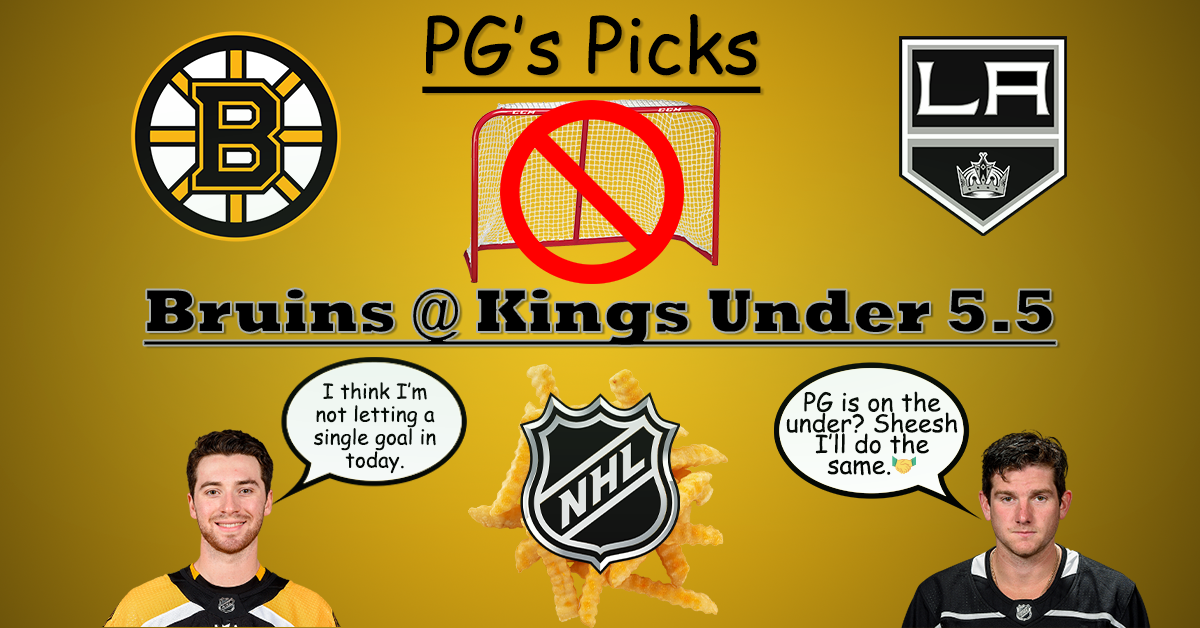 It’s a great day to have a great day, and I have a late-night winner for the people out there.

Starting off we have 2 great under teams going with their top goalies, Jeremy Swayman for the Bruins and Jonathan Quick for the Kings.

Swayman is sitting at 2.04 goals per game with a .926 save percentage. Across the ice Quick has had a nice season, 2.55 goals against and a .913 save percentage. Both tendies are coming in playing some really nice hockey as their team’s ramp-up to playoff time. I think this game will have a ‘playoff feel’ to it as these teams don’t see each other much and both teams are in fairly safe playoff positions. The Bruins have racked up 66 points this season while the Kings have 65.

This game sets up perfectly for an under in my opinion. I know it’s the late game so many won’t be watching the whole game, but let’s wake up to a winner!

No goals. Best of Luck!