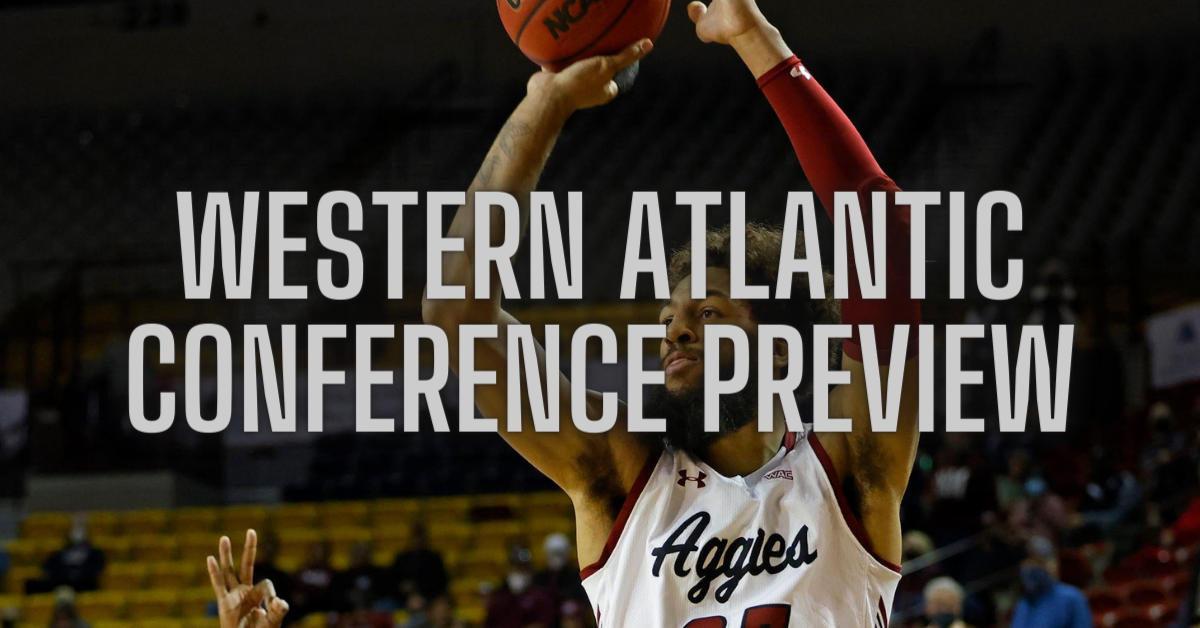 Overview: The Aggies this season have not only been dominating in the conference this season but also non-conference as well, losing only to Mountain West teams Utah State and state-rival New Mexico. It is not an understatement either when I say that they have been dominating in the conference, winning 11 of their 13 conference games by double digits. The Aggies have been fortunate to have been led by a sensational guard in Teddy Allen. The junior has had a really solid season thus far averaging 20.1 ppg (leads conference) and 7.5 rpg. This Aggie squad is incredibly solid, and other than the two losses that appear to be duds, have not shown they can be beaten by nearly anyone in the conference. This is why New Mexico State is my prediction for the team that will represent the WAC in the conference tournament.

Overview: Other than New Mexico State (who has swept them), there has not been a team in the conference that has been able to stop the Redhawks this season. The squad has found a way to string together several games of wins this season, going on a six game and a nine game win streak at different points in the season. The backcourt of Darrion Trammel and Cameron Tyson have been outstanding this year. The guards have been averaging 16.7 and 15.2 ppg and 36% and 38% from three respectively this season. The craziest thing about both these guards: They are only sophomores. I foresee Seattle winning out, securing a spot in the semifinals. If they can get past their kryptonite of New Mexico State in the championship, the Redhawks will find themselves in the big dance.

Overview: The Bearkats have absolutely shown their strength this season in multiple games. They not only gave New Mexico State one of their two conference losses this season but did so by 25 points! They also defeated NC Central, the second-best team in the MEAC by 17 points. The Bearkats are a team that when they defeat teams, they do it from behind the arc, shooting 35.3% from three this season (2nd best in the conference). Led by senior Savionn Flagg (19.4 ppg, 7.9 rpg, 37.1% 3 pt), Sam Houston State is a sneaky good team that absolutely can defeat any team in the conference at any given time. If they can play their best basketball during the tournament time, they will prove my prediction wrong and will represent the WAC in March Madness.

Overview: The Lumberjacks have been absolutely rolling as of late, winning seven consecutive games, and eight of their last ten. Stephen F Austin has been consistent winning all season long and have not lost three straight games all season long. They have also competed with one of the best teams in the country, as the Lumberjacks lost to Kansas by only 8 points at Allen FieldHouse. If you can come in as a non-Big 12 opponent to Allen FieldHouse and play the Jayhawks close, you are a legit team. Stephen F Austin is very fortunate to have a standout forward with Gavin Kensmil. Kensmil is leading the team in four major categories including points (16.0), rebounds (6.8), steals (1.8) and blocks (1.0). Even as a four seed, the Lumberjacks have proven they can also very well be the team that gets to play in the big dance in a few weeks.

Overview: The conference tournament winner from last season, the Antelopes have also put together another solid season this year. Seven of their ten conference wins this season have come by double digits, and they have won five of their last seven games. They have had some blowout losses to both New Mexico State (twice) and Stephen F Austin this season, but it doesn’t appear to have slowed down the Antelopes this season. One player who has been far from slowed down has been junior guard Jovan Blacksher Jr. He has had a first-team all conference season, averaging 16.8 ppg, 4.0 apg, and 39.5% from beyond the arc. Although it does appear that most of the losses the Antelopes have had this season has come to the teams seeded above them, if they can get past this trend and play like they do against teams worse than them, they could be scary in the tournament.

Overview: Following the transfer from the Southland Conference this season, the Wildcats have found themselves in a little bit of a different position this season. They are still having a wonderful season and have won 7 out of their last eight games. However, it does not appear that this team is competing as well as they did last season, a team that we saw upset Texas in March Madness, although they have found themselves leading the conference in points (77.7). A big time player for the Wildcats this season has been forward Airion Simmons. Simmons has had a solid junior campaign with 11.5 ppg and 6.1 rpg. Although this doesn’t appear to be the same team that we saw and fell in love with last year, the Wildcats still return a number of players from that team with postseason experience that could be helpful in the conference tournament.

Overview: Statistically, if you looked at the Wolverines, you would think they were the best team in the conference. As a team they are leading the conference in rebounds (40.5), three point percentage (37.9%), and blocks (4.54). They have been very close in nearly every game they have been in this season with four of their six losses coming by single figures. If they turn those close losses into wins, this is a top three team in the conference. The Wolverines are fortunate enough to have the very likely conference player of the year on their squad with Fardaws Aimaq. Aimaq has had an incredible season thus far averaging 19.2 ppg and 13.1 rpg. His 13.1 rebounds per game is not only the best in the conference but also the second best in the nation behind only Oscar Tschiebwe.Aimaq is also a junior this year and will be returning next year. Only time will tell if the Wolverines can find a way to close out those close games and make it far in the conference tournament.

Overview: The crazy thing about the WAC is that even as an eight seed, the Texans are still an incredibly solid team that could very easily make a run in the conference tournament. Seven of their nine wins in conference have come by double digits, and on the flip side, five of their seven losses have come by double digits. This is a team that is either going to be on fire and blow teams out or they are going to be ice cold and get blown out themselves. The Texans have a senior-led backcourt that has been leading the way for them this season with Montre Gipson and Tahj Small. Gipson and Small have put up respectable stats averaging 15.2 and 14.0 ppg and 4.9 and 5.6 rpg respectively. How far Tarleton State will go in this tournament will entirely depend on which team shows up. If it’s the on fire team, they could upset a few teams come tournament time. If it’s the ice cold team, they will be eliminated in the first round.

Overview: Although their record may not show it, the Lancers have hung around in games with some of the best teams in the conference. They lost both games to Grand Canyon by 3 points and 6 points, they lost both games to Seattle by 3 points and 7 points, and they lost to Stephen F Austin by 4 points. They are competing in games sneakily, but they simply cannot get the job done. Senior forward Daniel Akin has truly played his heart out for the team and has led them all the way, leading the team in points (12.4), rebounds (8.6), and blocks (1.1). Since they will play in the opening round of the tournament, we will see if the Lancers can pull off a win and compete well against a solid conference team or if the Lancers will lay an egg right away and go home.

Overview: Although they will likely be a ten seed come conference tournament time, the Trailblazers have had a few highlights this season. They took down Grand Canyon at home and Utah Valley on the road. Otherwise, the season has been fairly disappointing for Dixie State this year. Four of their 13 wins on the year came against teams that are not a Division I team. Therefore, their record is even worse than what it shows. Senior forward Hunter Schofield has been the focal point of the offense this season, leading the team in points (14.8) and rebounds (6.0). Things are not looking good for the Trailblazers, and it is looking unlikely that they will even get past the first round. However, they have competed against a number of teams well this season. They will have to bring that with them to the tournament to give them a chance.

The Remainder of the Conference:

The WAC is an extremely exciting contest where it appears that anyone seeded 1-7 could win the entire thing. A lot of games this season have come down to last second moments, and it would be expected to have that trend continue come conference tournament time. The top teams in this conference have some talent, but they are far from well-known. If you want to see really good basketball squads that don’t get the recognition they deserve, the WAC has plenty of teams like that and then some to keep you covered!