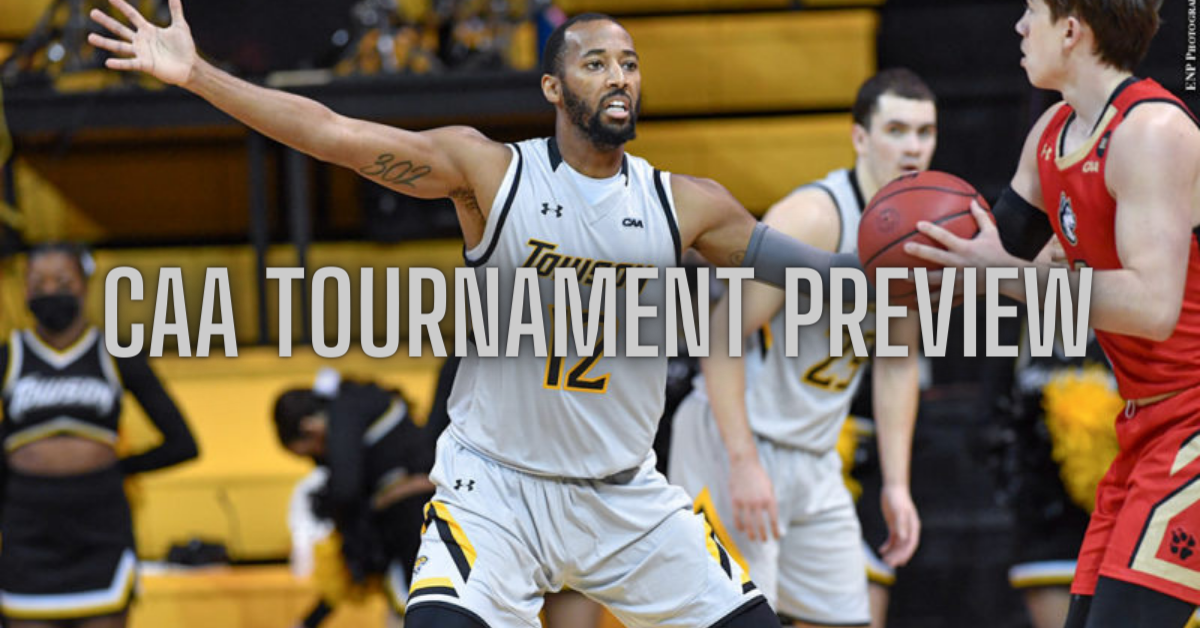 The Colonial Athletic Association, much like the America East, has been in the news recently, but perhaps not for the reason that the conference would like. James Madison announced that they are going to be leaving the conference to join the Sun Belt Conference next year. The CAA has banned all JMU athletics, except for those competing on an individual basis, from competing in the conference tournament championship. This has turned heads from several media personalities. Although this does not affect the basketball team very much after the season they had, this changes up how the conference has their tournament. The 8 and 9 seeds will now have a play-in game to face on the 1 seed. Here is my prediction on seeding of the conference tournament, along with trends and analysis for each team. Note: All records and trends are as of 2/20.

Overview: Although the Tigers are currently sitting in second place in the conference right now, they have one game they have to make up on February 28 against Delaware after the referees called off their original date due to the court being unsafe. In a tough battle for the 1 seed with UNC-Greensboro, the Tigers get the edge with an impressive conference resume, and would have the tiebreaker over UNCG. Eight of the twelve conference wins this season have come by double digits, and all three of the conference losses came by five or less points. The Tigers have found their sweet spot behind the arc this season, shooting 36.1%, the best in the CAA. With over 4 starters averaging double digits per game in points, the Tigers are a very dangerous team, and they are my pick to represent the CAA in March.

Overview: I have talked before on some other conference tournament previews about teams not being able to finish out games. The Seahawks are the exact opposite of all of those teams. Nearly every single game they have played in has been close, as 16 of their 19 wins have come by single digits this season. They are finding ways to win the close games. Teams that can close out games like the Seahawks are incredibly scary come conference tournament time. Senior guard Jalen Sims has been key to the success of the Seahawks this season, averaging 15.5 ppg, 5.5 rpg, and 2.3 apg. On paper, this team may not seem like they are going to do much of anything in the tournament, but they have given Towson a run for their money once this year, and they can very well do it again when a chance to go to the Big Dance is on the line.

Overview: Hofstra is a team that has scorers upon scorers. Three of their 5 starters are averaging over double digits and two of their role players off the bench are also averaging double digits. Not surprisingly, the Pride lead the conference in points per game with over 78 points per game. One thing the Pride can also lean themselves on is they also have the leading scorer in the conference in junior guard Aaron Estrada. Estrada has had a conference player of the year season, averaging 18.8 ppg, 5.6 rpg, 5.0 apg, and is shooting nearly 94% from the FT line. With all that offense talk being said, they have struggled on the defensive end in a number of games this season. If the Pride can find a way to turn that defense around, while also keeping that offense productive, the Pride will be a very tough team to take out come tournament time.

Overview: Picked as the favorite to win the conference in the preseason poll, the Blue Hens have had a fairly decent season thus far, but they are far from where they would want to be this year. With two of their conference losses coming to teams ranked lower than them and the other three coming to teams above them currently, Delaware has just not found a groove consistently all year long. The Blue Hens definitely do have the talent to win the conference this year. Junior guard Jameer Nelson Jr. (son of former NBA player Jameer Nelson) is a solid point guard and player for the Blue Hens, averaging 13.8 ppg, 5.0 rpg, and 1.5 spg. However, as stated earlier, winning games consistently has been the downfall of this squad, and if they cannot find ways to string together several good games in a row, they are going to find themselves in deep trouble when playing in the tournament.

Overview: The Cougars are the complete opposite of UNC Wilmington in terms of record. Every single loss that College of Charleston has had in conference has been by single digits. They simply have not found ways to finish out games as of late, but they are competing with every single team in the conference. One thing that the Cougars have been absolutely DOMINANT in is rebounding. They are not only getting recognition of this in the conference by leading the conference in rebounding but also are 5th in the entire NCAA in rebounds per game with 41.1 rebounds per game. Winning the glass consistently SHOULD win you most games, but this simply has not translated to success for the Cougars. A name to know for the Cougars: Senior guard Dimitrius Underwood. He has had a really solid season thus far, averaging 10.7 ppg, 6.7 rpg, and 3.2 apg. If the team continues to outduel the opponents on the glass this year, the Cougars are going to make every single team earn a win against them if they get it.

Overview: Roller coaster. Those two words resemble the Dragons season the best this year. One game they are beating teams by double digits. The next game they are losing really close games. Having a constant high to instant low puts a drain on players, and the Dragons have been going through that all season long. However, there are definitely some positives to bring about in their season thus far. They defeated Towson, giving them one of their only three conference losses this season, and the Dragons also defeated a really solid Big East team in St. Johns on the road. Camren Winter, a senior guard, has truly been giving his all for the team, and this is absolutely evident every single game he has played. Averaging over 15 ppg, 5 rpg, and 4.7 apg, Winter has been the reason that the Dragons have been in nearly every game they have played this season. Only time will tell if the Dragons can stabilize this roller-coaster season and find a way to consistently win to finish out the year.

Overview: The past three seasons, the Phoenix have never been higher than a seven seed when the conference tournament begins. Unfortunately, that looks to be the case again for the squad this season. Now this does not mean that Elon’s season has been all bad. They swept James Madison this season and gave UNC Wilmington one of their three losses in conference. Simply looking at the surface of this squad, you can already tell a key problem: They are on average getting beat by more than 7 points per game. The Phoenix are averaging 66.7 ppg, while giving up 73.8 ppg. The good news for Elon? They are returning several key players next year, as the squad is very young, only graduating two players who have played in every game this season or close to. It will be interesting down the road to see if the Phoenix can find a player who will step up and lead this team to more success in the future.

Overview: This has been a very rough season for the Tribe. They are only scoring 64.0 ppg, while giving up 75.6 ppg, getting outscored each game by an average of 11 points. The Tribe is also the worst in the conference from beyond the arc, shooting only 31.7%. The biggest bright spot for the Tribe this season was when they defeated Hofstra at home by one when they were 16.5 point underdogs. The reasoning for this is very evident when looking at the guys they play: Their team is very young. The youth and inexperience on William & Mary’s squad have shown this season, as other teams have found ways to beat them both physically and mentally this year. However, the Tribe this season is starting two sophomores and two freshmen. With a year of experience under all of the starters’ belts and playing together for a year already, the next couple of years for the Tribe could see them towards the top of the CAA if they all decide to stay.

Overview: To round out the seeding for the conference tournament, we have Northeastern. It would be an understatement to say that the Huskies have made a complete 360 from a season ago when they found themselves as regular-season runner-ups in 2021. This season the Huskies are the worst team in the CAA in nearly every single category. However, it absolutely needs to be mentioned that their one win in the conference came against Towson. Otherwise, no other standout wins to show for this season for Northeastern. The loss of Tyson Walker from last year’s squad has definitely made an impact on the team this year, as no player has found a way to replace him. Down the road, we could see this squad move further up in the rankings, but for this season, it is looking unlikely that they will even win the play-in game.