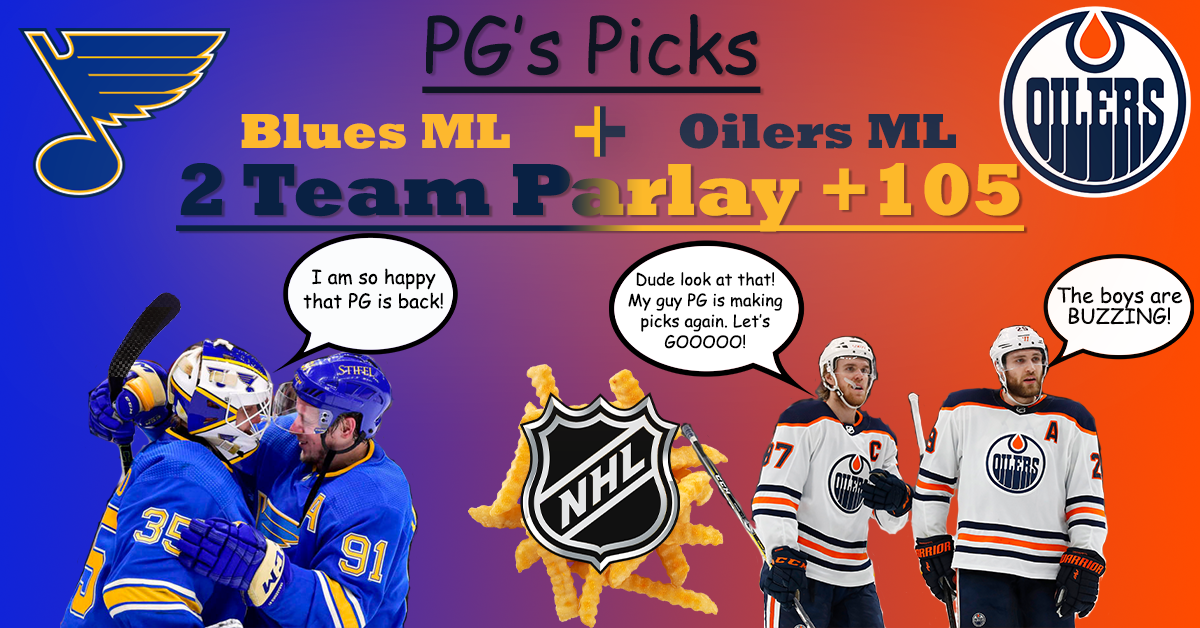 I am very back, so I wanted to make an article about today’s play.

The Blues come into this one winning two games in a row, a 4 goal victory over Chicago, and a 3 goal win over Ottowa. Montreal on the other hand is an absolute dumpster fire. The Canadiens have the worst record in the league and have lost 10 in a row. In fact, the Habs have lost 16 of their last 17. This one is pretty simple, the Blues are a playoff team and the Canadiens are a historically bad team. We also get Goalie Ville Husso in net for the Blues who is 11-3-1 on the season with a .939 save percentage.

Next, let’s talk about the Oilers. Edmonton is loaded with talent but has had an up and down season. The Oilers come in winners of 3 straight games, covering the spread in all 3 games. The Ducks have lost 3 straight, and haven’t covered in 5 straight. Anaheim just played last night and got spanked by the Flames. Flames in regulation was a pick I had yesterday that we absolutely crushed. We are getting a hot Oilers team playing the Ducks in Edmonton. If All-Star Goalie John Gibson starts tonight for Anaheim he will be playing in back-to-back games and was abysmal last night, getting pulled after giving up 4 quick goals.

I think I will sprinkle both of these teams -1.5 too on a parlay that would pay out a little over +300. Let’s have some fun!