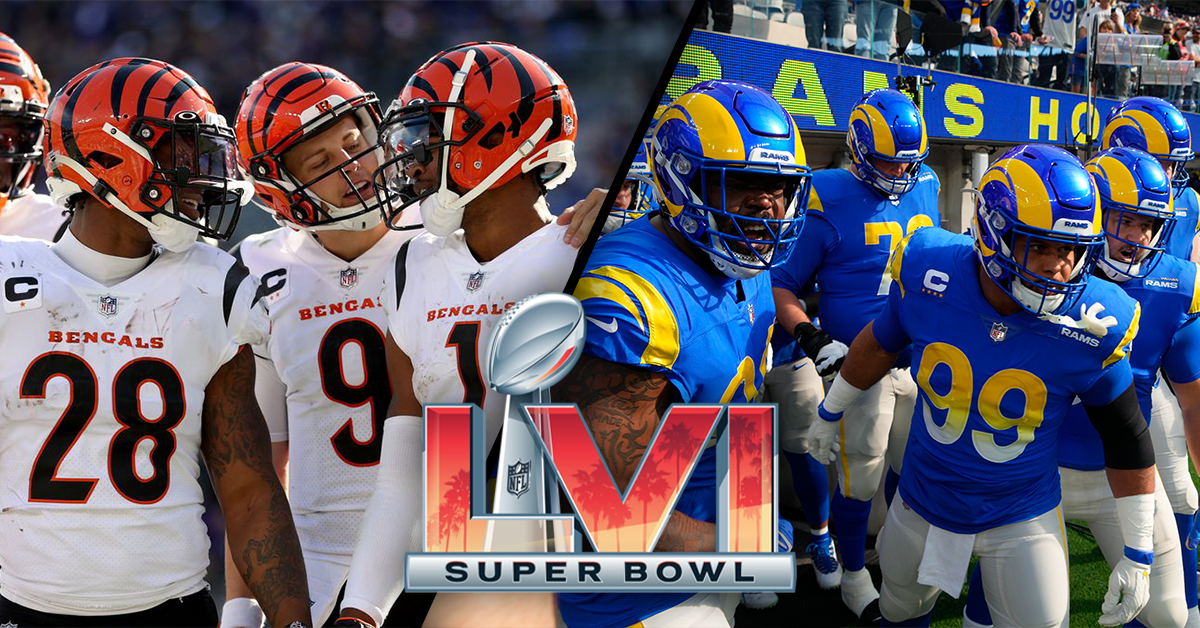 IT’S FINALLY HERE! Super Bowl Sunday. A very special day for people around the world. In this article, I’ll break down what side of the game I’m on, but more importantly, we’ll take a deep dive into some of my favorite props.

I think there’s a decent chance the Rams dominate this game. What Aaron Donald, Von Miller, and Leonard Floyd are about to do to this subpar offensive line for the Bengals is just not cool. I’ve taken quite a few sack props which we’ll get into later, but for now, just know that I love this matchup for the Rams. I don’t want to discount what the Bengals have done all playoffs long which is finding ways to win games, but I think the Rams are really figuring it out these playoffs. I expect Stafford and this Rams offense to play a bit better than they did against the rival 49ers in the NFC Championship game. That 49ers defense is a little underrated.

Ultimately I think the Rams have quite a few favorable matchups in this one and that’s why I’m on Rams -4. Now let’s get to the fun stuff. PROPS.

I don’t think you can still bet this one, I can’t find it on my books now. I just wanted people to know that I’m on it.

“Tails never fails” is PROPAGANDA! I won’t stand for it. Heads is the best and that’s why I’m on it.

First Kickoff to be a Touchback: NO -135

This is the prop I am the biggest on. I’ve done lots of research on this one. 18 of the last 20 Super Bowl kickoffs have not gone for a touchback. Pat McAfee who has kicked off to start a Super Bowl stated that they don’t use normal kicking balls for the initial Super Bowl Kickoff. They use a brand new ball because after the kick they put the ball in the Hall of Fame. Not only these factors, but we all remember Devin Hester running the initial kickoff back against the Colts in that Super Bowl, guys all want to achieve a play like that so returners are more likely to bring it out of the endzone. We also have the factor of SoFi stadium in LA being at just 131 feet above sea level. The ball doesn’t travel the same as it would say if this were at Mile High Stadium. We don’t want to see a touchback!

Highest Scoring Half: Second Half -135

These two plays kind of correlate so I stuck them together. It’s pretty simple, I expect the game to start slow and both of these great offensive minds to make adjustments coming out of the locker room to start the second half.

McPherson (kicker for the Bengals) has gone 4/4 in every playoff game so far. Both teams can get somewhat conservative in the red zone, and we have some good red zone defenses in this game anyways. Love this play especially at + money.

We all saw what that really good defensive front from the Titans did to this Bengals offensive line, and now they take on the best defensive line unit in the NFL. I think the Rams alone could hit this total sack number, but Hendrickson and company for the Bengals aren’t too shabby themselves. Love our guy Leonard Floyd to get a sack because if you focus your attention on the Aaron Donald and Von Miller side of the defensive line that frees up Floyd to get a 1 on 1 to the QB. These are 2 of my favorite props of this whole Super Bowl.

This prop ties into our last 2 props. I think Burrow will be under duress, and the check-down option is Joe Mixon. Not to mention throwing Mixon a few screens is always a great option. Look for my guy Joe Main to make some moves in the receiving game.