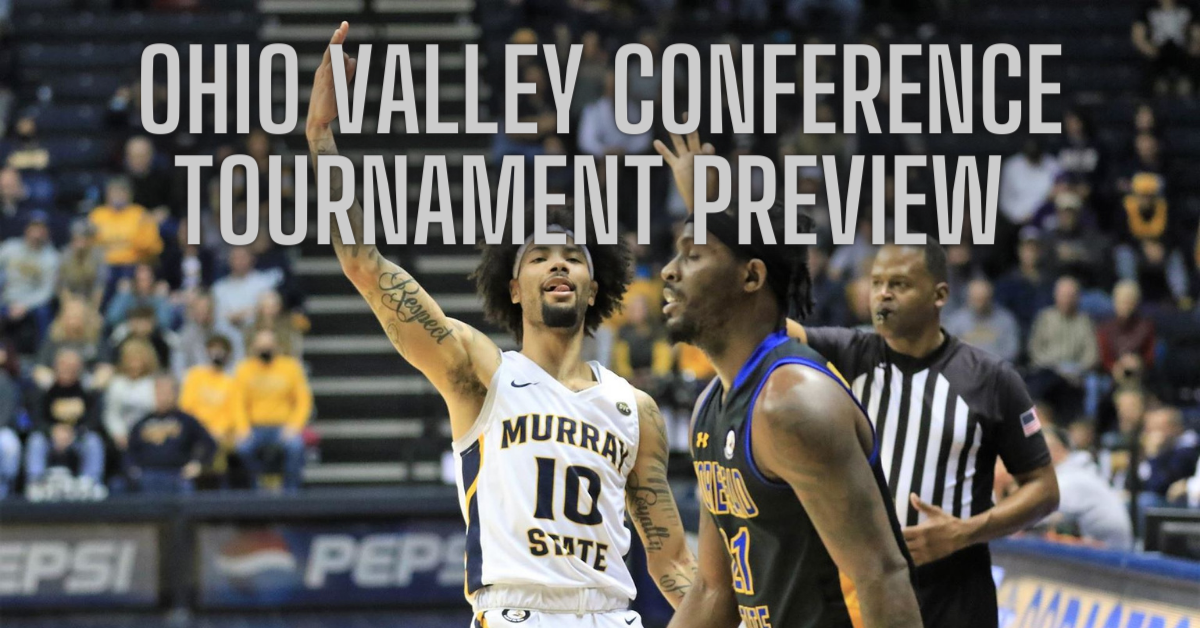 The Ohio Valley in my opinion is one of the most underrated conferences in the country that very few people know about. These schools produce talent, and although the only player from the Ohio Valley that you may recognize is Ja Morant, the Ohio Valley could be on the rise before we know it. Here are my predictions for the seeding for the Ohio Valley tournament and an overview for each team. Note: All teams’ records and stats are as of 2/4.

Overview: Every single year, it seems like Murray State is always a dark horse to pull off a first round upset in the tournament. I think this team not only has the talent to pull off a first round upset, I think this team can make it to the Sweet 16 as well. Out of their 21 wins this season, SIXTEEN have come by double figures. The big 3 of Guard Tevin Brown (17.4 ppg, 40% 3 pt), Forward KJ Williams (16.4 ppg, 8.6 rbg), and Guard Justice Hill (13.6 ppg, 4.9 apg) is an incredibly talented group. I think Racers will win the Ohio Valley no issues and will be one of the biggest dark horses come March.

Overview: On paper, this team may not look like a team that is too exciting to watch. However, this is a really solid team that has made their presence known in the Ohio Valley Conference. They are giving up 66 points per game, which is in the top ⅓ of the NCAA. They also have star 6’10’’ Center Johni Broome (16.7 ppg, 10.5 rpg) that is having a season that could very well land him with Ohio Valley POY awards. If they can find a groove on the offensive end and continue dominating on the defensive end, this team could very well give Murray State a tough go in the championship game.

Overview: The top 3 of the Ohio Valley are pretty secured, and the rest of the seeding is a crapshoot. I think Tennessee State ends up being the 4 seed due to their strength of schedule being easier than some of the teams below them. The thing that makes Tennessee State underrated is that they have 4 guys starting that are averaging double figures in ppg. This means that any one of them can go off at any time, and they are an unselfish team. However, this has also proven to be their downfall, as they do not have a go-to guy by any means when it comes down to clutch time, and that has shown in games all season long. We’ll see if that one guy arises when the tournament begins.

Overview: Every conference has a roller coaster team (good one game, bad the next). The rollercoaster team in the Ohio Valley is the Redhawks. One game, they lost to Morehead State by one point, they went on to beat SIUE by 8, and then lost to Tennessee Martin by 21. I just don’t know what to expect with this squad, and I wouldn’t be surprised to see them drop to a 6 or even 7 seed by year end. The biggest reason I have them at 5, is they have depth, and I am impressed with their starting Guard, Eric Reed Jr. (15.2 ppg, 3.2 rpg). He is the motivator of this team and his leadership is noticed and fed off of. Consistency will be key for the Redhawks moving forward.

Overview: It’s been a rough season so far for the Skyhawks, but they are going to do enough to get into the Ohio Valley tournament and can very easily surpass a couple of teams ahead of them if they can get a few wins to round out the year. They struggle mightily defensively, allowing 74 ppg while scoring only 67 ppg, both of these rank towards the bottom of the NCAA. The good news? Unlike a few other teams in the conference, they absolutely have a go-to guy in Junior Guard, KJ Simon. He has been huge in the Skyhawks wins this year, averaging 16.5 ppg and 5 rpg. Although it’s been a rough patch for this squad, a few wins against specific teams could easily move them up to a 4 seed come conference tournament time.

Overview: Once again, this is another team that if they get wins against specific teams and have that head to head advantage, they can finish way higher of a seed then they are right now. Unfortunately for the Governors, this is likely the seed they are going to get come tournament time. They have struggled mightily offensively, as they are only scoring 66 ppg, 2nd worst in the Ohio Valley. The good news for the Govenors, they are finding ways to stay in games, losing 8 of their 12 games by single digits. Center Elijah Hutchins-Everitt (13.5 ppg, 7.5 rpg) is going to have to play his best ball down the road to give the Governors a chance at a higher seed.

Overview: The last team to make it in was a toss-up between Tennessee Tech and Eastern Illinois. As of the time the article is written, these two have not played a game yet. I will say, whoever wins the head to head matchup will get the last seed. I think the Golden Eagles have the edge. They have played a couple of really solid teams close, losing to Cincinnati by 9 as well as Wright State by 9. The Golden Eagles need to change things around and change around fast. They have a favorable schedule to end the year, so if things go their way, not only may they get in, but they could be a higher seed as well.

#9) Eastern Illinois (4-17 overall, 2-6 conference): Bad losses (including a loss to SIU Edwardsville at home), struggles with covid, and lack of depth and leadership causes the panthers to miss out on making the tournament.

#10) SIU Edwardsville (7-15 overall, 1-8 conference): It really is a shame for Cougars Guard Ray’Sean Taylor, who is leading the conference in scoring at 17.8 ppg. The rest of the team just simply cannot back him out and help him out.

After the top 3 teams, things start to get interesting in the Ohio Valley Conference. There are a number of things to watch. Is there a team that can take down Murray State? How will the final standings turn out for teams 4-8? Having these questions and several others around this conference makes it exciting and intriguing to watch some good and gritty basketball in the Ohio Valley Conference.