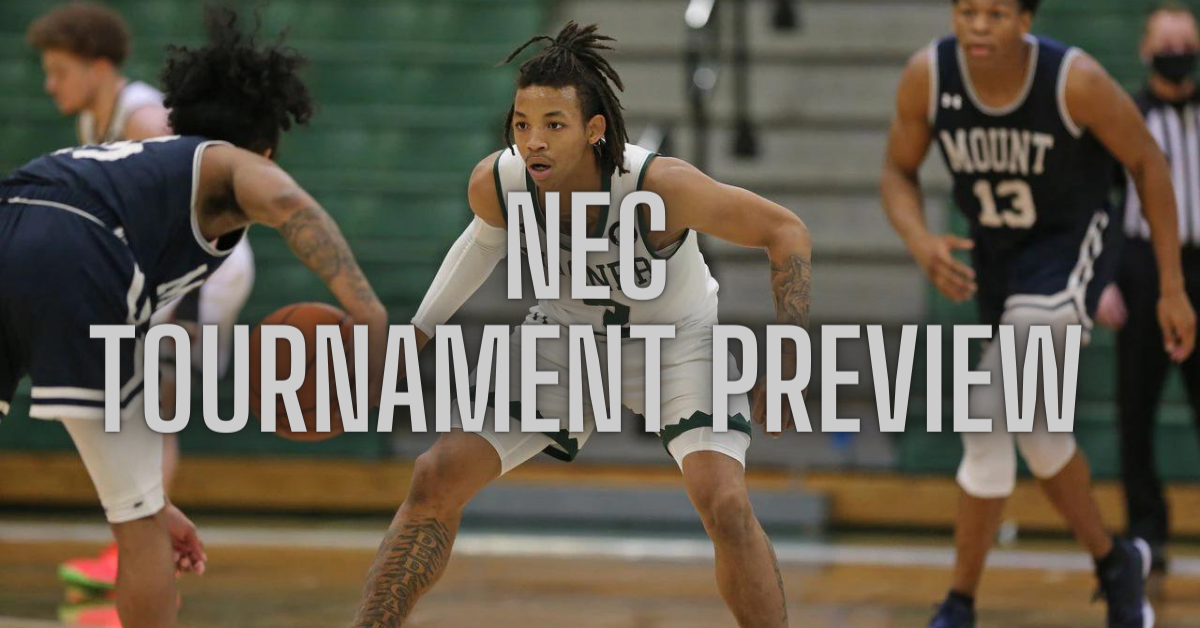 Unfortunately for the NEC, they have never gotten a win in the Round of 64 of the March Madness tournament. They have only amassed two wins ever in the tournament, both coming in the first four games. There are a couple of teams in the NEC that, if they win the tournament, could come in as a 13-16 seed automatically without having to participate in a play-in game. Here’s my projections on the 4 teams that will compete in the NEC conference tournament. Note: Records and trends are as of 2/1.

Overview: Unless something absolutely drastic happens to this team within the month of February, Wagner is going to be the team to represent the NEC. Their only two losses came to Seton Hall and Penn State. 9 out of their 14 wins have come by double digits. They also have last year’s NEC Player of the Year, Alex Morales, back this season, and he is a near shoe-in to win it again. Morales this season is averaging 17.6 ppg, 7.3 rpg, 3.9 apg, and 1.9 spg, all leading his team. I expect them to come out of the NEC, and (although the odds of this is incredibly low) maybe they will become the upset of the year come tournament time.

Overview: Although Wagner has been on a roll this year, Bryant played them really tough at Wagner, losing by only 3 points. One thing as a team that will keep Bryant in the games is their rebounding. They are 17th in all of Division I in terms of total rebounds per game (39.7). The Bulldogs star Guard, Peter Kiss, is the closest person in the conference to knocking off Morales for the player of the year award. Kiss is averaging 22.8 ppg, 5.7 rpg, 3.5 apg, and 1.6 steals. Seeing Kiss and Morales go head to head is good TV, and this Bryant Bulldogs team is not a team to write off either.

Overview: Although the Mountaineers do not have the talent that Wagner and Bryant have, they are a dangerous team when they are on a roll, particularly from beyond the arc. They are shooting 36.3% as a team, 55th best in Division I. Mount St. Mary’s has also won 7 straight games in conference by a combined 116 total points. A big key to their success thus far has been Guard Jalen Benjamin, averaging 13.4 ppg and is shooting an impressive 38% from beyond the arc. The Mountaineers still have to play Wagner (1st game cancelled due to covid) and Bryant yet. If the team continues to roll the way they are now, they may even surpass the two above come tournament time.

Overview: The projection of the last seed to make the tournament is going to scratch some heads. Merrimack is the team I am projecting to be in the tournament as the 4 seed for a number of reasons. They have the head to head with Long Island University already, and they have an easier schedule than Long Island to round out the season. They also have a big man in Jordan Minor that is solid on both the offensive end (14 ppg, 7 rpg) and the defensive end (2.5 bpg). He has been tough to stop all season, and I think the remaining teams will have a tough time containing him, squeezing them in to the conference tournament.

#5) Long Island University (8-12 overall, 5-5 conference): With a tough schedule ahead, including at Wagner, vs. Bryant, and at Mount St. Mary’s, it will be a difficult path for LIU to make the tournament. I think an easier schedule for Merrimack and the head-to-head will push them in to the tournament and LIU out.

#6) Sacred Heart (7-13 overall, 3-6 conference): Sacred Heart has a fairly veteran squad with a number of players that will return next year. That leadership unfortunately hasn’t translated to wins this season for the Pioneers.

#7) Saint Francis (PA) (7-14 overall, 3-7 conference): With a 1-1 Assist to Turnover Ratio, the Red Flashes just have not played disciplined basketball this year that has resulted in some pretty embarrassing losses, including an 8 point loss to Fairleigh Dickinson at home.

#8) Saint Francis Brooklyn (6-15 overall, 3-7 conference): The terriers have struggled mightily to find an identity on the offensive end, shooting only 41% from the field and 30% from 3.

#9) Central Connecticut State (5-17 overall, 3-7 conference): Although the Blue Devils have struggled mightily this year, they are only losing one senior. Potential on the horizon for this squad, and I don’t expect them to be at the bottom of the conference next year.

#10) Fairleigh Dickinson (2-15 overall, 2-5 conference): The Knights have gone WAY downhill since they won the conference in the 2018-2019 season. The coaching staff needs to find a way to get this squad back to a position to compete with these teams.

It might be tougher to find these games on TV. However, if Wagner takes on Bryant in the championship game like I predict, Alex Morales vs. Peter Kiss will be worth the watch, I am telling you. Only time will tell if these two teams meet come March. Will another team surprise these two squads? It is the NEC, you may never know!