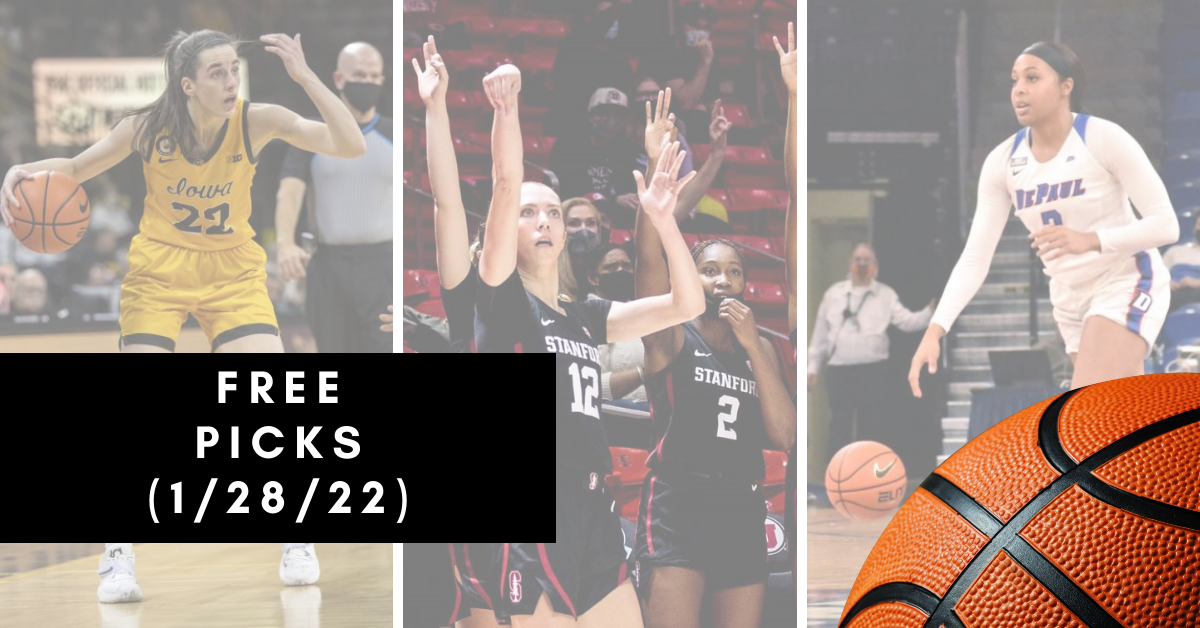 I’m starting to learn this more and more especially as I try my hand at handicapping nontraditional sports. Stick to what you know. It’s not that hard of a concept. Yet, you’ll see with my plays today that I’m not a fan of listening to smart advice. I won both my Summit League bets last night and we could’ve made some good cash if we would’ve started betting on South Dakota State and South Dakota earlier this season. What’s that saying?

I was confident in a 3-0 night but Boston College went down early in the first half against #14 Georgia Tech and couldn’t build a comeback in the second half.

There aren’t any Summit League games today but we have two Top 25 teams in action. So, let’s keep this positive unit train rolling.

Iowa and Northwestern played 22 days ago and the Wildcats came away with the 77-69 upset win. But these two teams are very different than they were back in early January. The Wildcats have had anything but a consistent starting lineup and they’ve lost four of their last five games. NW only has two wins in 2022 and one of those came against the Hawkeyes. Lisa Bluder and Iowa have rattled off six straight wins since that NW loss. Bluder told the media on Thursday that her team is a lot more confident and are playing much more aggressive since that Jan. 6 loss. It’s almost like the upset win took the soul out of NW. This one should be fairly easy. Iowa is pissed and they’ve have won six in a row, while the Wildcats are trending down as of late.

It’s a big night for Stanford and the women’s basketball program as fans are welcomed back to Maples Pavilion for tonight’s contest with Arizona State. Stanford is 35-3 at home against ASU but the Sun Devils have won seven of their last nine games after starting the 2021-22 season off 2-4. The Cardinal are 16.5-point favorites and the over/under is 125.5.  Stanford has won each of the last seven games against ASU by at least seven points, with the Sun Devils not scoring over 65 points in each of those meetings. I’ve learned that in women’s college basketball no number is too high of a number, so I’m taking Stanford in this matchup.

One trend that’s stayed consistent during my early women’s college basketball betting days have been that there’s no total low enough. Most totals fall between 116-140ish but there’s a total on today’s betting board that is 166.5! That’s way too damn high in my opinion. If my calculations are correct, which I believe they are, St. John’s has played in one game this season where the total went over 166.5 and that was against DePaul on Dec. 19. The Blue Demons like to score points. They’ve scored 90 points or more 12 times this season and are averaging 93.5 points per game in its last four wins. Points will be scored today in this contest but I think defensively they’ll have a better game plan this time around against St. John’s.