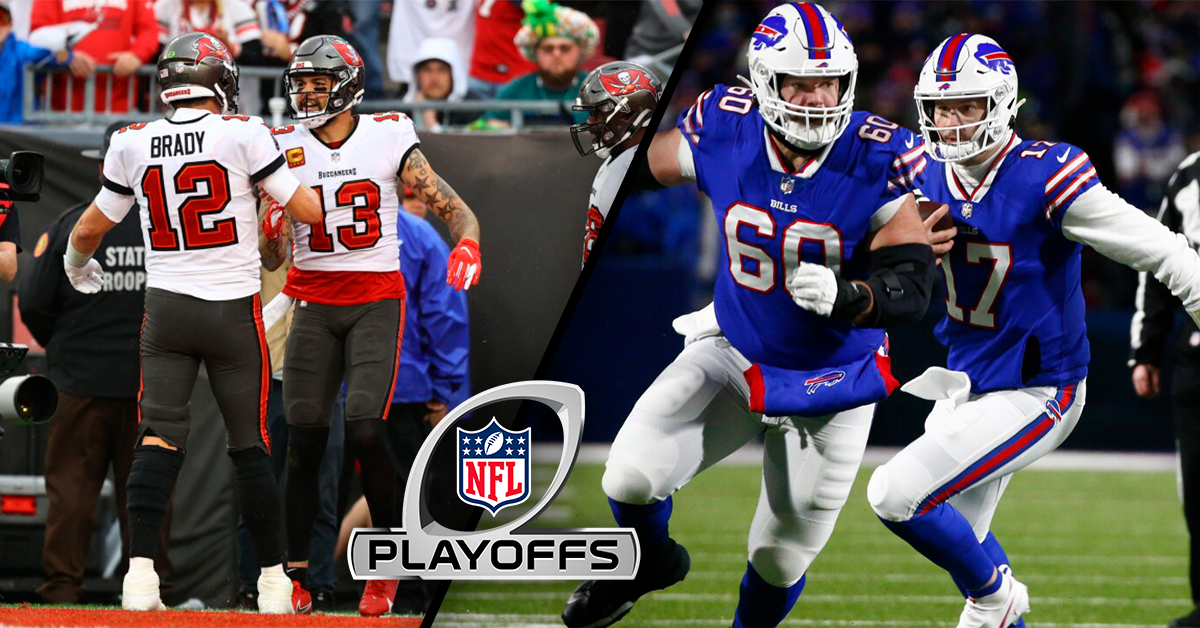 What a wild NFL Playoffs it has been so far. Let’s hop into today’s matchups and win some coin!

Let’s start off by getting behind the greatest QB of all time, Tom Brady. Brady has been in this position many times with multiple teams, and he looked fantastic in the Wild Card round. Tom went for 271 passing yards and had 2 TDs, along with a 115.2 passer rating against the Eagles.

The Rams defense is infinitely better than what Philly had to offer, the Rams have a great Defensive line and a very solid secondary. I just don’t trust Matt Stafford and this Rams offense. People are putting a ton of stock in LA beating Arizona the way they did in round one, in my opinion, the Cardinals didn’t look like they wanted to be there as soon as they went down a score.

This Buccaneers’ defense doesn’t get enough credit. They have an amazing front 7, and if the Rams have to run the ball to set up the pass they’re gonna have a long day. Tampa held Philly to 95 yards rushing and there was a ton of garbage time mixed in. I think the Rams are really going to struggle to move the ball on Tampa Bay.

The Bucs will be hosting this game which means a cross country flight for the Rams on a day less rest. The best offensive lineman for the Rams, Andrew Whitworth, will be out for this one. Very concerning for the Rams since their best offense is running the ball, and this Bucs pash rush is no joke.

I think the Buccaneers match up very well here and get the job done. I actually locked this in at -3 at even money, but if you prefer the -2.5 it’s out there too.

I have to start off by saying I am now on the Bills Bandwagon, and an official Bills Mafia member. I mean how can you not love this team? This isn’t just a semi homer play though, I really think this Bills team is the real deal.

IT’S A BEAUTIFUL DAY TO BEAT THE CHIEFS

Can I get some “Go Bills” #BillsMafia? pic.twitter.com/SYD1fkoQc4

Josh Alen had one of the greatest Wild Card round performances we’ve ever seen. The big QB threw for 308 yards passing, 5 TDs, and tossed in 66 rushing yards. The use of Josh Allen’s legs is what brings the Bills to a whole new level in the playoffs. Something we’ve seen lots of teams struggle with.

When the Bills came into Arrowhead Stadium earlier this year the Bills snagged a dominant 38-20 victory. Josh Allen threw for 315 yards and 3 TDs but more importantly ran for 59 yards and a rushing TD. The Bills’ defense stepped up in that one too, causing Mahomes to throw 2 interceptions.

This Bills’ D made the Patriots look silly last week. I think the Chiefs will for sure have more success against Buffalo than the Pats, but will it be enough? I think the Bills’ dynamic offense should have no problems against this Chiefs defense that had been playing better, but again gave up almost 40 points to the Bills last time they played.

Sean McDermott will have these Bills ready to play on the road, and the weather doesn’t look too terrible for this one. Looks like a 34 degree night with almost no wind.

Calling it now, not only is this the AFC Championship game, I think it’s going to be the best playoff game we get all year.

Let’s go Bills, and let’s have a DAY! Best of luck.