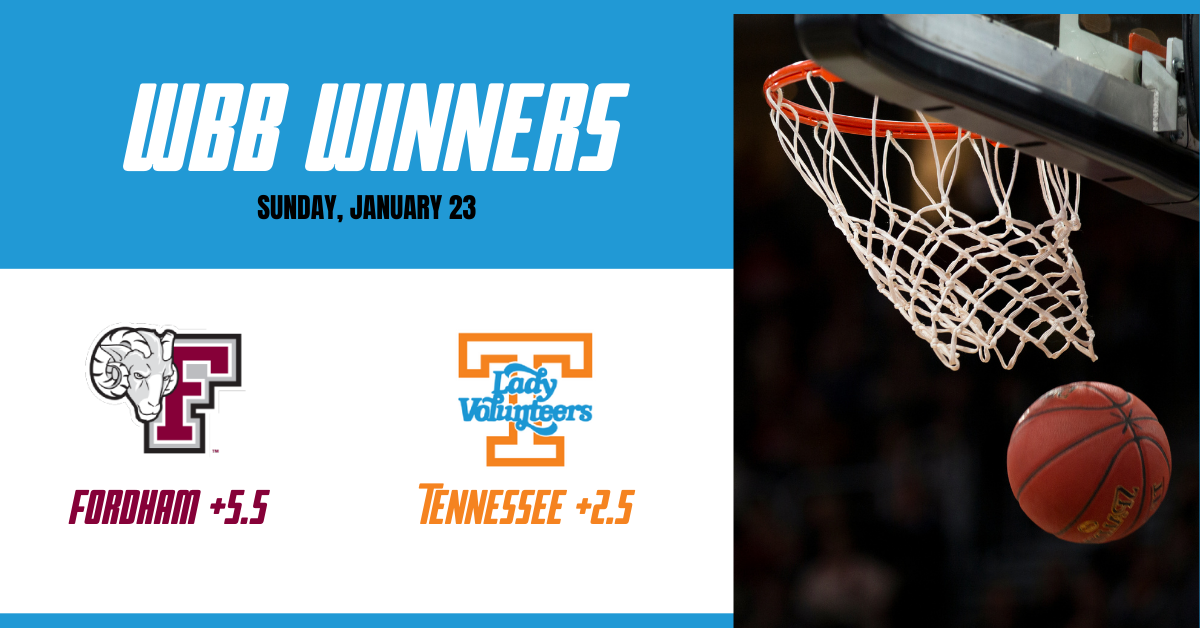 After a horrible first few days of the week, I’m starting to feel myself a bit today. I’m 15-7 over the last two days and up around 12 units. Thank you North Dakota State for the +250 ML cash. Never bet against the Bison, @KommDog. The hockey parlay (+213) cashed thanks to strong finishes by Washington and Boston both with 3-2 wins over their opponents. I also hit another nice +327 college basketball play even though Davidson almost lost outright to Fordham as a 15-point favorite. And if you follow me on TikTok (@kotacappers), Boise State +4 cashed too.

I’m going a different route today, however. If you want my full card jump over to Twitter and follow me @kotacapperpace but today we are giving out some women’s college basketball winners.

This should be a down-to-the wire game with both teams at the top of the Atlantic 10 standings. Dayton is tied with Rhode Island at the top of the standings thanks the 7-game winning streak they are on and Fordham is just 0.5 game back of the two teams. The Rams are on their own 4-game winning streak and are 4-1 on the road this season with wins at Seton Hall, George Mason, VCU and Davidson. Three of those four road wins have come in the last 11 days. I’ll take Fordham +5.5 at 11 a.m. (CT). The Rams may not win but they’ll keep it close.

Both these teams rank near the bottom of the SEC in 3-pointers attempted per game. In fact, Georgia is last in the league with 10.9 attempts per game. The Bulldogs can put up points, however. While the Volunteers rank eighth in the league in points per game (72). Tennessee has won 20 of the past 25 but UGA has claimed four of the past six meetings, including the last three in Athens. But that changes today. I lean over here because even though both teams don’t shoot a ton of 3-balls, they do get buckets a nice clip but my play for this 1 p.m. (CT) contest is Tennessee -2.5. No they haven’t been great in Athens lately but the Lady Vols are coming off a 26 point beatdown to #19 Kentucky and I think they’l keep rolling on the road today.