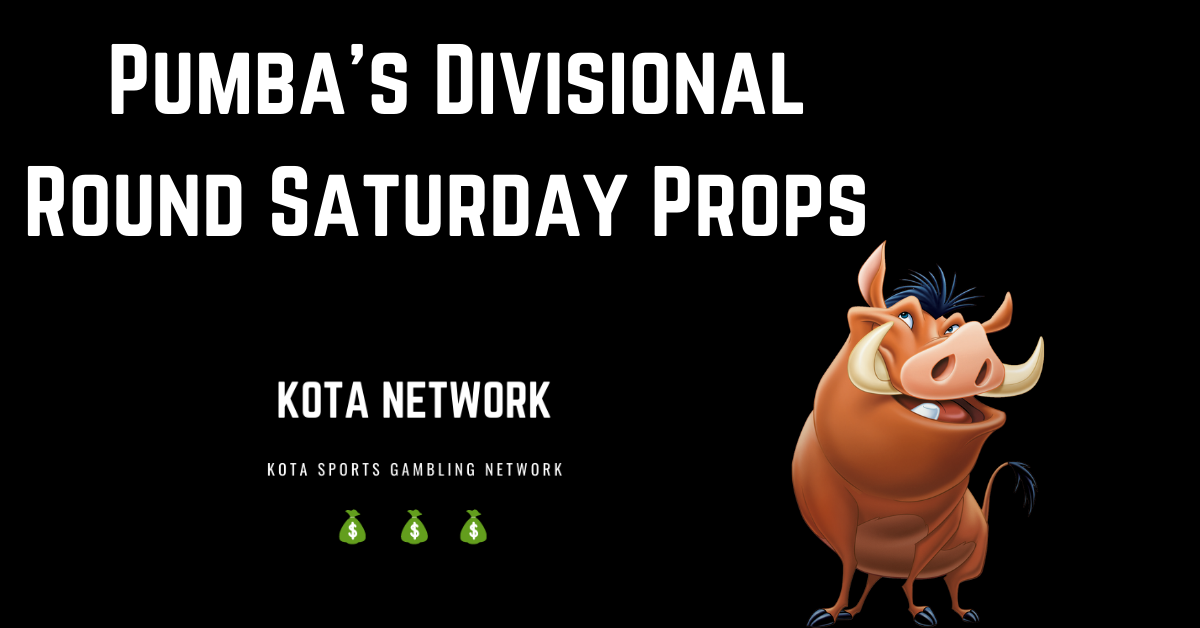 Seems crazy to me that this bet is at plus money. McPherson kicked 4 FGs last week which continued a trend of 2 of more made FGs in 6 of his last 7 regular season games. Bengals offense has been playing great lately and just need to hope they don’t finish all their drives in the end zone.

Derrick Henry is back! No one is completely sure what his workload will be but it’s the playoffs and I’m expecting plenty of touches for him. Henry had over this mark in 6 of the 8 games he played this year and hopefully the Titans look to give Henry some easy touches in the pass game today.

Garoppolo only threw for 172 yards last week and now has to play up in frigid Lambeau Field. Garoppolo is banged up and we’re not even sure how well he’s going to be able to throw ball. 49ers offense will be run focused and only way I see losing this is with a lot of late garbage time yards if the 49ers are down big.

I love the chances of a GB running back finding the end zone this weekend. Dillon has managed to work his way into nearly a 50/50 role along side Aaron Jones and Dillon has been on the receiving end of more rushing TDs late in the season. The value lies with Dillon at +160 while Jones to score is at +100.