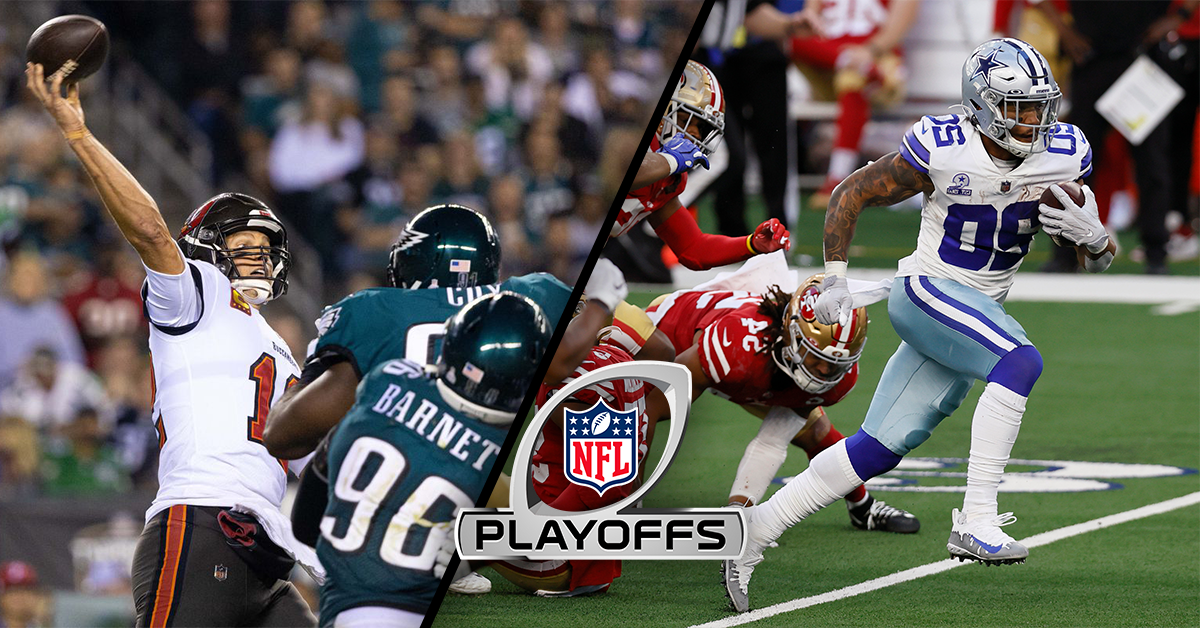 “Super” Wild Card Weekend is here, and Saturday was a wild time. The Raiders almost came back, and then the Bills completely violated the Patriots 47-17. We are gonna have some fun today, so here are a few bets I love:

It should be noted the Favorites are 2-0 ats (against the spread) so far in the playoffs. Love getting the Bucs at a Touchdown in this spot. We’ve got the better Quarterback and Coach taking on a team that is just happy to be there. The Eagles used to be very Sp00ky in the underdog role but in my opinion, this is a very different team than the one that won a Super Bowl.

I don’t want to totally disrespect the Eagles, because they beat the teams they needed to beat to get here. However, those teams that were in the Eagles’ way were not very good at football. The Eagles are good at running the ball, I’d say it’s their best trait. The problem, if you’re an Eagles backer, is you’re running into a defense whose strength is defending the run. This leads me to my next play.

The Bucs come into this game down a few of their key weapons such as Godwin, Antonio Brown (quit the team), and Fournette (IR). As we already noted the Eagles love to run the ball and won’t want their young QB Jalen Hurts to ‘lose them the game’. The Bucs have a knack for starting games slowly, and I expect both defenses to be playing angry.

Maybe the biggest factor for this under to me is the fact that the weather in Tampa is windy right now. Windy unders are always really nice to take, and this seems like a good spot for one.

Let’s move on to the next game.

First I need to let people know that I am a Cowboys fan.

Once I rehydrate it’s over for you fools. pic.twitter.com/DcTPfjcnj0

With that out of the way, we need to talk about this game.  It should be one of the better games on wild card weekend, has the tightest spread at least. Jimmy G’s injury scares me if I’m backing San Fran today. The Dallas Cowboys’ front 7 can really get after a QB, especially when they smell blood in the water. The secondary for Dallas have been Ball Hawks basically all season. They have given up yards at times, but have redeemed themselves with sacks and turnovers.

Going with the home team here that is getting healthy at the right time. Pollard is back and when he’s back Zeke plays much better, mostly because he gets a chance to catch his breath on the sidelines a little.

Tony P is back, and the Cowboys love getting the ball to this guy in space. He will have plenty of screen opportunities, and routes down the field to hit this number. Dak loves getting him the ball, and OC Kellen Moore gets that.

I think San Fransisco has a solid defense, so ‘secondary’ guys like Pollard are always a nice option because the defense won’t be as keyed in on him as they will be say for Lamb or Cooper.

Let’s have a day. Best of luck!