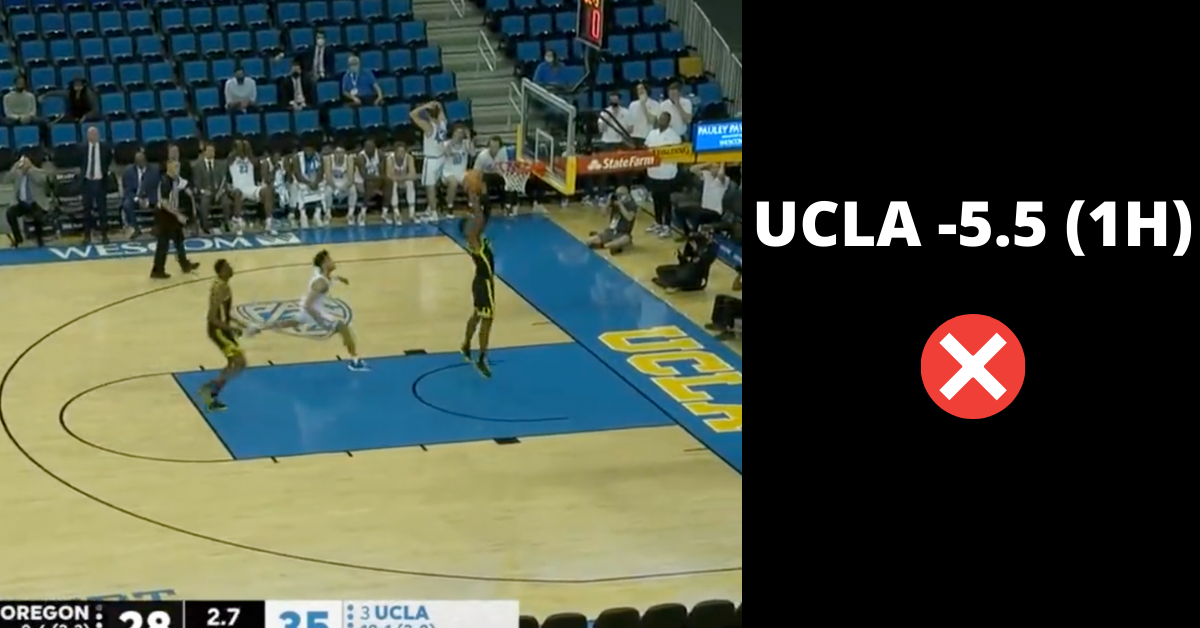 Odd ending to the first half between Oregon and UCLA 🤔 pic.twitter.com/swMUXVcG07

Every week, we see some weird stuff in the college basketball world. But I can’t decide if what Eric Williams Jr. did last night at the end of the first half against #3 UCLA was genius or just plain stupid. Trailing 35-28 with 7.3 seconds left in the first half, Williams Jr. heaved up damn near a full-court shot and it hit the backboard with close to 4.5 seconds to play and Quincy Guerrier was there to clean it up with under two seconds to go and his layup made it 35-30 as the 1H buzzer hit. A very odd sequence. I believe the reason Williams Jr. chucked up a full-court shot with seven seconds to play is because he thought when UCLA’s shot clock expired on the previous possession that that was the final buzzer when indeed it was not.

If you’re a UCLA 1H bettor, you’re pissed for two reasons. 1. The fact that they didn’t get a shot off is criminal. How do you not know the clock situation when you’re in the final seconds of any half. 2. Johnny Juzang got absolutely outworked for that rebound. Granted the basketball came off the backboard real hot but Juzang has to be able to grab that rebound and not let Guerrier slip right by him for the rebound and score.

UCLA was 9.5-point favorites on their home floor and Oregon came in and left with a 84-81 victory after outlasting the Bruins 11-8 in overtime. UCLA -9.5 was pretty much dead throughout the entire game. Hell, the Bruins largest lead of the game (9 points) wouldn’t even have covered the number. Just a bad game overall from UCLA backers.