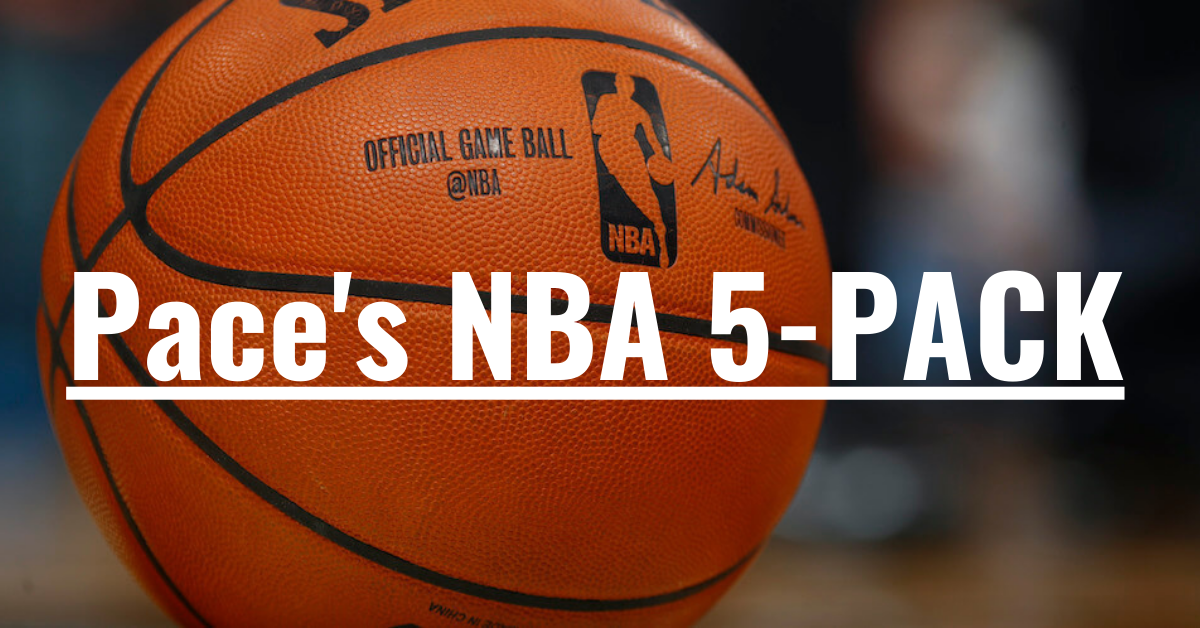 Before we get into this article, I want to make it clear that I am not the network’s NBA expert. That would be @DonThomasMiller. But I like to dabble even though I’m only 2-4 betting NBA games this year. Here are five NBA bets I feel confident in today, January 9.

Brooklyn ranks near the bottom of the league with a 14-22-1 ATS record this season. The Nets have failed to cover the spread as home favorites in their last 13 tries. The No. 1 team in the Atlantic Division has also failed to cover in its last five games. Some may say the Nets are due but San Antonio should be able to keep this within the number. The Spurs are 21-17 (55.3 percent) ATS this season and have been solid in covering double-digit spreads so far this year.

The Clippers are just 4-8 ATS in their last 12 contests but today they’ll take on Atlanta. Los Angeles has covered the spread as home underdogs against the Southeast Division five times in a row. Yeah, that’s very much an in the weeds stat but I also see value of Clippers ML at +170.

Sacramento is on a three game skid and today they’ll take on a Northwest Division opponent in Portland. Teams out of that division had beat up on the Kings lately as Sacramento has failed to cover the spread as a road favorite against the Northwest Division. The Trail Blazers don’t have a sexy ATS record either but I’ll back the home team here that’s lost back-to-back home games.

Orlando is trash and everybody knows that but they’ll play Washington today and then again on Wednesday. The Wizards have failed to cover the spread as road favorites five times in a row as they enter this game as the No. 9-seed in the playoffs. The Magic are 2-2 ATS in their last four games and Washington is 6-3 ATS in its last nine games but as road favorites the Wizards have struggled, so that’s why I’m taking Orlando in this spot.

Man, oh, man, Memphis is hot right now. The Grizzlies have won eight in a row (18-4 in last 21) and have covered in seven of those wins. You ready for another in the weeds trend? Memphis has covered the spread six times in a row on the second leg of a back-to-back. On Saturday, the Grizzlies covered and beat the Clippers 123-108 as a 2-point favorite. The Lakers have covered in five of their last six but I think Memphis brings the heat for this primetime game and I’ll back the young guns to cover +3 against LeBron and the crew.