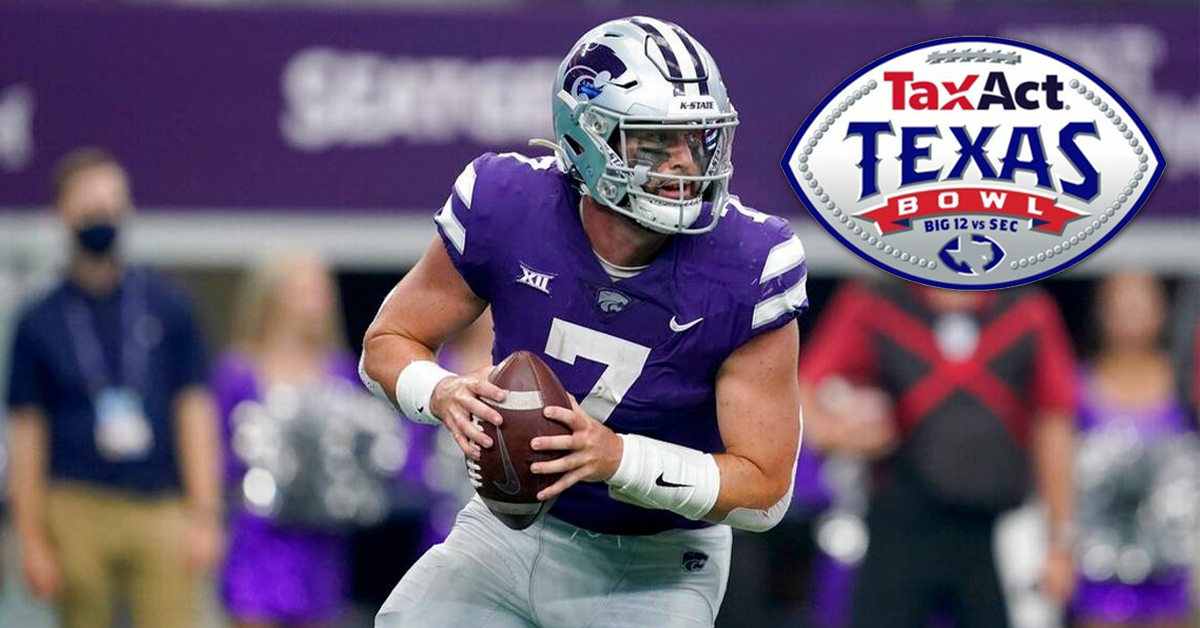 Here it is, boys. Last Bowl game of the year (if you don’t count the National Championship.) Our last full day of bets went down as a winner, let’s go out on top.

Opt-out tracking has played such a big role this year in the Bowls, and tonight will be no exception. LSU is without its first 2 quarterbacks, leaving the Tigers a true freshman or a wildcat QB as their only option. According to depth charts released LSU will be down to around 40 scholarship players.

Drives home just how depleted the roster is. Barely 40 guys available who arrived at LSU on scholarship.

Kansas State on the other hand has 0 opt-outs reported, and their fearless leader QB Skylar Thompson will be back from injury. Skylar Thompson will be playing in his last game in the purple, and I expect his teammates to rally around him. KSU will have former QB Colin Klien calling plays, which seems like nothing but good vibes for the Cats.

As you can see from the Action App graphic, KSU already had an advantage in running the ball. Deuce Vaughn, star RB for KSU, is a full go for this one and the kid can really GO. They’ll be playing against an LSU team that has an interim staff. LSU offensive line coach Brad Davis will be the Head Coach in this one. We always have to question motivation in these spots, and to me, it’s pretty clear KState is more excited to be in this bowl.

LSU offensively is a major question mark with either a True Freshman getting his first start, or a walk-on, or potentially some weird Wildcat offense scheme. KState’s defense already had an advantage over the Tigers run game statistically, but now that KSU knows LSU wants to run the ball they can load the box up and stuff it.

For me in this one I have to go with the team I know more about. KSU has way fewer question marks coming in, and I feel they will be more fired up in this one. Should also be noted the Big 12 is 4-2 so far in bowls. Go Wildcats!