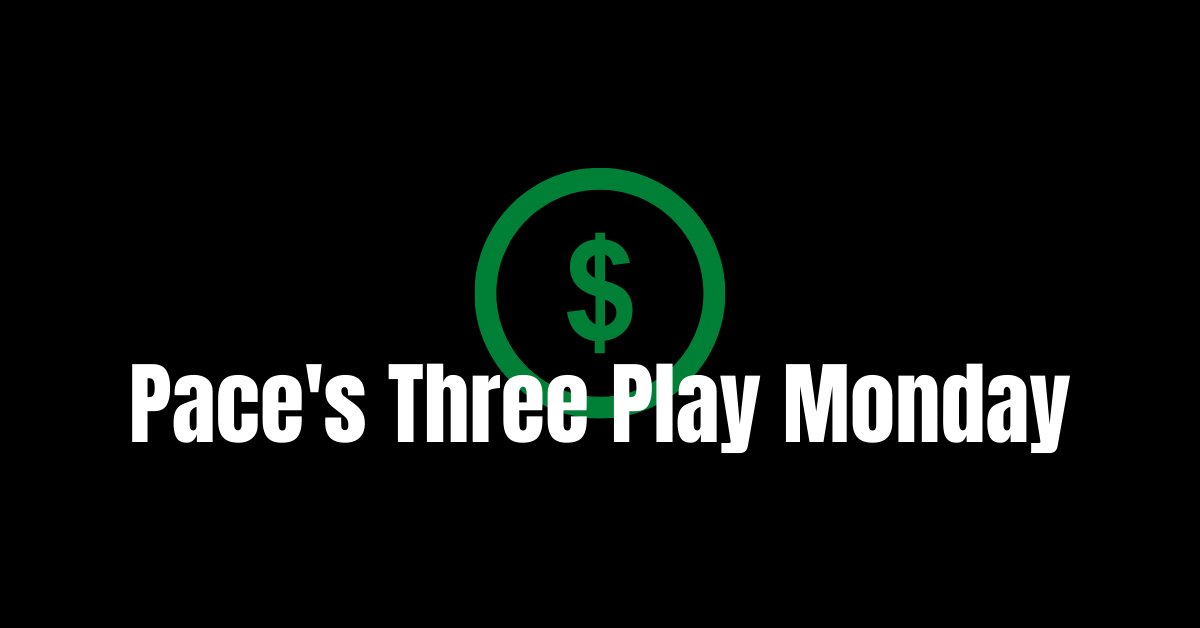 The goal is to have more positive days than negative days and right now I’m doing that. I dominated Friday and Saturday. DOMINATED. I won 8.01 units on Friday thanks to a 9-1 day, and followed that performance up with positive +6.75 unit day on Saturday. But Saturday holds a special place in my betting heart because I nailed two parlays. I hit a +395 NHL money line parlay but needed Carolina to defeat Columbus after trailing 4-0 in the second period and the LA Kings to not fold up after having a 4-1 lead on Philadelphia entering the third period. I got both of those wins and boom – I hit a freaking hockey parlay. But more impressively, I hit a +1174 Summit League parlay: St. Thomas +4, Oral Roberts -17.5, WIU/St. Thomas u158, Omaha/Oral Roberts o154. Bing. Bang. Boom. Call me Parlay Pace (cringe).

Not only did we complete the sweep, we also hit yesterday's NHL ML parlay at +395. Not a bad little Saturday for Parlay Pace | +6.75 units. @kotacappers https://t.co/uueNfusIKj

I came back to earth Sunday, however. I needed some heroics but at the end of the day we finished up 0.01 units (7-7). I had Giants/Bears u36.5 and they had 32 points for most of the fourth quarter. The Bengals went down early quick but fought back for a 34-31 victory with some time management magic by Zac Taylor (he did get a little lucky).

Bengals had the ball at the Chiefs’ 1-yard line with 2:00 left. If the Chiefs had let them score on the next play, Mahomes would have had 1:55 and two timeouts to work with, needing a TD. They never saw the ball again.

Here’s the video as well but YouTube is being lame and not letting the preview show up.

The o51.5 also hit in that game, so that helped (shoutout Bruss), and I always knew Panthers/Saints were not going to score over 37 points (game ended 18-10).

So, I guess what I’m trying to say is my 2022 has gotten off to a great start but we are not satisfied. We keep going and keep delivering or trying too. Not a ton of action today but here are three plays I like:

Towson is 11-2 against the spread this season and have covered in its last five games. Both teams are coming off Christmas break but Drexel hasn’t seen an opponent since Dec. 14 when they beat Coppin State 76-69 but failed to cover -12. The Dragons are 5-4 against the spread this season. These two teams have some beef going back to the 1998 Derrick Newton/Joe Linderman incident.

I’m going to back the Tigers here as 1.5-point underdogs. Towson has been solid on the road this season with a 4-2 record and there balanced scoring attack should be able to keep them in this game and possible win it outright.

As stated above, I’ve won back-to-back NHL parlays, however, with only one game on tonight’s slate I won’t have a hockey parlay until Tuesday with 16 teams back in action. What’s been working for me with my NHL plays is following the line movement. Edmonton opened up +105 on the money line but they are now -130. So, I’m going to back the Oilers tonight and hope my hot streak on the ice continues.

P.S. I know I said one of my 2022 New Year’s Resolution’s was to listen to Dan The Computer Man more but we are on opposite sides in this game. Dan likes the Rangers.

Iowa has been pretty solid against the spread this season with a 9-4 record. The Hawkeyes have covered in their last three games, which included wins over Utah State, SE Louisiana and Western Illinois. Large spreads haven’t been an issue for Iowa either this season. Fran McCaffery and his crew are 6-2 when favored by nine points or more. I’d be lying if I said Iowa’s game on Thursday against Wisconsin doesn’t bother me in this spot but I think the Hawkeyes should be able to take care of business against a Maryland team that’s just 4-8 against the spread this season. The Terrapins have covered in two of their last three contests and have an upperclassmen team that won’t shy away from competing with the Hawkeyes. But Iowa ranks fourth in the country with an adjusted 117.7 offensive rating and lead the NCAA with a 12.2 turnover rate – the lowest mark in the nation. Give me Iowa.