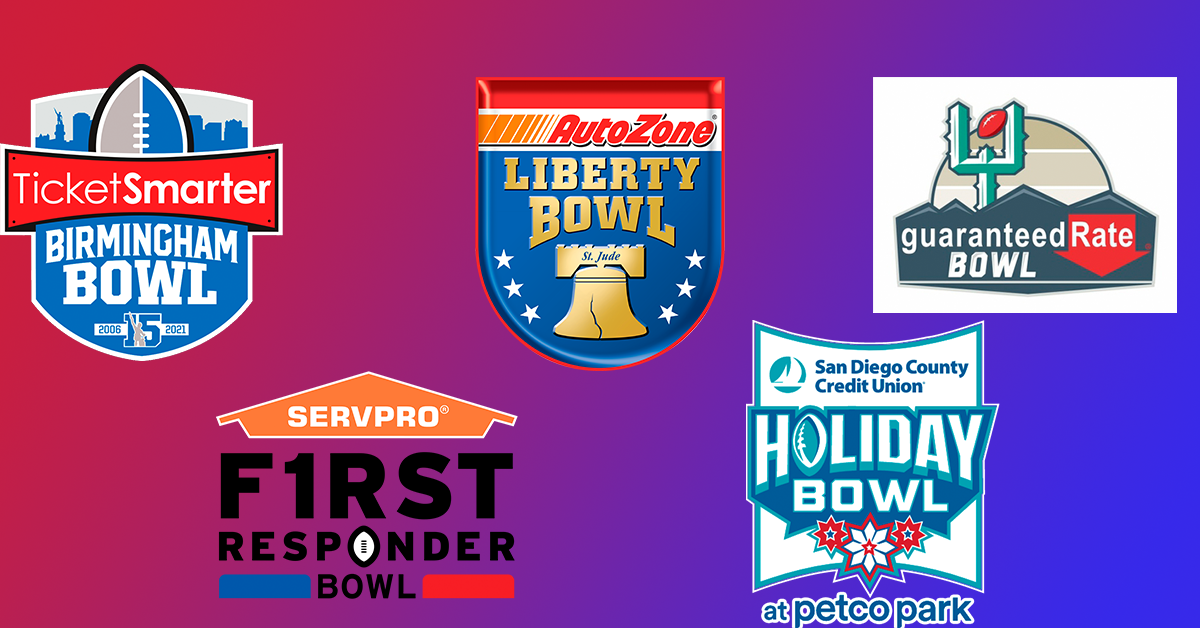 We have an official win streak on our hands, 3 straight for PG and the gang! We have a loaded slate today, so let’s keep the good vibes up!

It is important in these bowl games to keep stock of who is actually playing. For Auburn they will be without QB Bo Nix, RB Shaun Shivers, WR Elijah Canion, S LAdarius Tennison, DE Caleb Johnson, OG Tashawn Manning, CB Roger McCreary, LB Zakoby McClain and RT Brodarious Hamm, C Nick Brahms, and OC Mike Bobo. Anytime a team has this many guys out you have to start questioning what their motivation will be like, and for that reason we are riding with the Houston Cougars.

Houston Coach Dana Holgorsen has not been great in bowl games, just 2-6 straight up. His team will have an edge in continuity for sure. The only guy they are rumored to be missing is their returner/starting CB Marcus Jones, but with Auburn on backups on offense we aren’t too worried about Jones’ backup.

Houston’s offense has a major advantage over Auburns defense in Passing Success, Big Play, and Finishing Drives, so I expect them to score easily against an unmotivated Auburn team. The Cougars defense has an advantage in every category on the Action app, and Auburn is on almost nothing but backups. Plus we have the factor of a G5 team getting to take down an SEC team, that’s always a motivating factor.

Auburn comes in to this bowl off of 4 straight losses and the firing of their OC, so I question if they’ll want to play in this one at all. Houston has a chance to win their 12th game of the season. I think the Cougars are better on offense, defense, and they are more motivated to win this one so we are rolling with UH!

We can’t end bowl season without backing at least 1 service academy, and this seems like a great spot for it. Air Force has won 2 straight bowl games coming in, and with a 9-3 record the Falcons are a really nice team. They had a really tough loss to Army in OT that could’ve easily gone their way.

Air Force has a massive advantage in running the ball. Air Force ranks #1 in Rush Success, while Louisville’s defense ranks #101. Line yards is a similar story with Air Force being 16, and the Cardinals being at 110. The Falcons also will have a big advantage in finishing drives as well as they rank 28th and Louisville defense is 108th.

You always have to question a P5’s motivation in these games, and service academies are always motivated. This game is also in Dallas where Air Force has already had a game. They should be comfortable and ready to go. We’re on Air Force here.

Taking the big favorite here in the Mike Leach Bowl. This one will be very interesting as we know Leach was a great coach for Texas Tech for many years before the relationship ended sourly, and now the Pirate is coaching the Bulldogs.

Not only do I think Mississippi State is the much better team, they have a huge edge in motivation in this one. Tech fired their coach earlier in the season, and Sonny Cumbie who has already taken another job is expected to coach these guys in a meaningless bowl game. Their best WR Erik Ezukanma has declared for the draft and will not be playing and Tech will be starting their 3rd string QB Donovan Smith.

I think Leach will want to embarrass his former squad and get out of town with a victory. We are taking the Bulldogs today!

This is a great bowl game that features 2 veteran and really good Quarterbacks. DTR for UCLA and Devin Leary for NC State. Both players racked up huge numbers this season and both guys will be full go for this one. In fact, both teams should be at close to full strength at kickoff, which is great for an over.

This game will be played at Petco Park, where the San Diego Padres play. Always interesting to see a football game at a big MLB stadium. With this game being in Southern California the weather is typically ideal, but we will likely see some very light rain. As long as it doesn’t get super windy we are fine.

Both offenses come in to this one on a hot streak. UCLA scored 44, 62, 42 in their last 3 and NC State scored 42, 41, and 34 in their last 3. I do like NC State’s veteran defense, but DTR should keep them on their heels. Chip Kelly will have some interesting stuff schemed up to make sure of that.

Both offenses statistically will have some advantage, and bowl overs have been extremely hot. Let’s go Points!

Our final play of the day. I stand with BRuss, a Big 12 brother. Sharps like WVU here, but it should be noted that star RB Leddie Brown is out.

We had to throw a teaser in somewhere for today, and this seems like a good spot.

Over 38.5 shouldn’t be a problem for these teams, not that I think the offenses are gonna cruise, but just because the number is so low and overs have been so hot. WVU getting more than 10 seems good since like I said the sharps are reported to love WVU +5 here.

There are some oddities about this game like former WVU analyst Kirk Ciarrocca being hired by Minnesota. He wont be coaching in this one but he definitely helped the Gophers in preparation for this one. We just have to hope he didn’t give them the keys to a blowout win for the Gophers and we’re chilling.