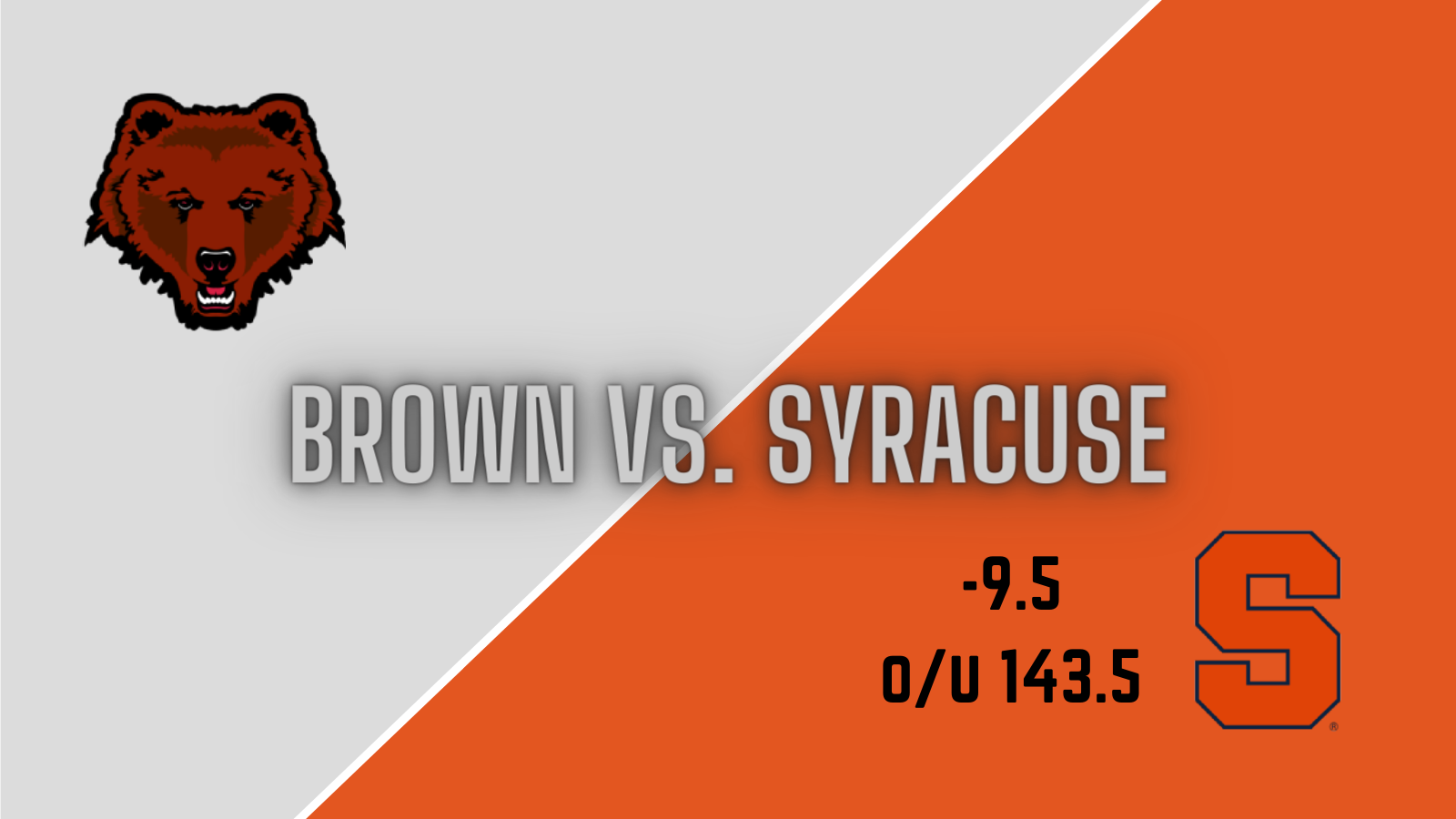 Can Brown make it five overs in a row?

After covering and winning four games in a row, Brown (8-3 ATS) looks to bounce back against Syracuse (4-6 ATS) after its 70-65 loss to Vermont on December 10. The Orange come into Monday’s game on a two game losing streak and haven’t played since December 11. The over/under for the 5 p.m. (CT) contest is 143.5.

Syracuse has failed to cover in its last two contests and most recently had its last two games postponed. So, for the first time in 16 days, the Orange are back in action. But is -9.5 too many points for the Jim Boeheim and company? The Bears are 3-2 this season as underdogs with covers against North Carolina (+24.5), Bradley (+3) and Colorado (+11.5). Both of these teams haven’t played a game in over two weeks, so I expect a low scoring affair. I lean Syracuse because this game will be the Orange’s second-to-last non-conference game of the year, so I could see it being a final tuneup before ACC play begins. But my favorite play for this contest is the under. Brown has allowed an average of 62.1 points per game in its last eight games, while Syracuse has allowed 67 points or fewer in five games this year.