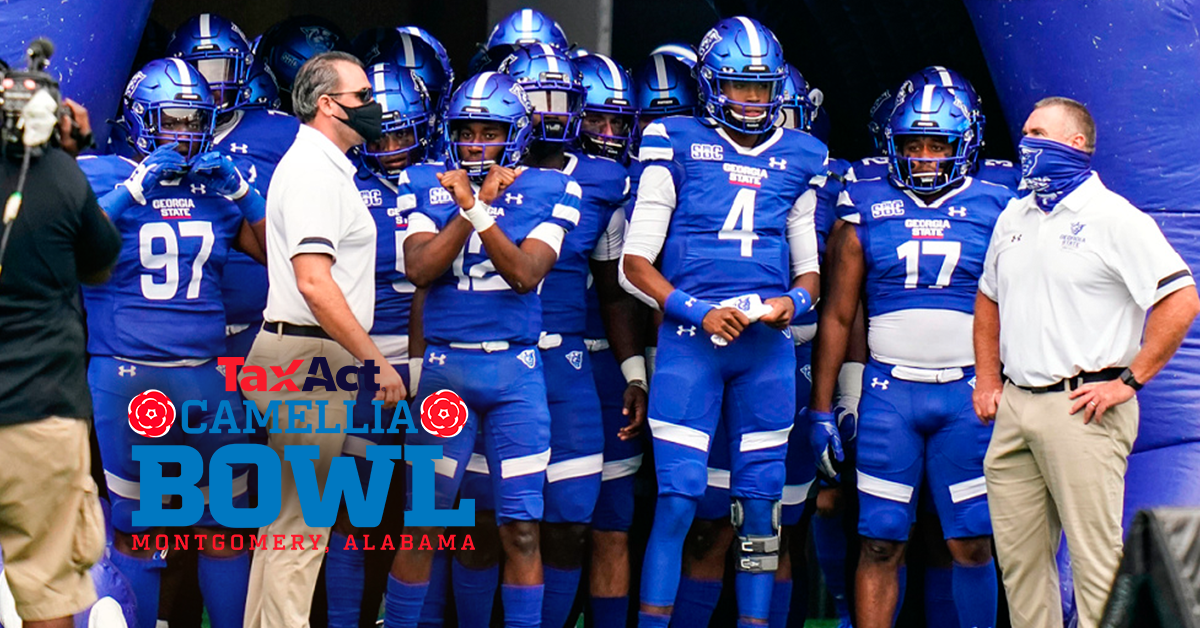 Merry Christmas! For some reason we have a bowl game today, which means we have a play!

The Camellia bowl is played in Montgomery Alabama, can’t think of anywhere else I’d rather be for Christmas.

We love the Georgia State Panthers on this day. The Panthers are going for their first 8 win season in school history. Georgia State is a team that lost to really good teams, App State, ULL, Army, North Carolina, Auburn. All of those are bowl teams. They had an SEC team Auburn on the absolute ropes, Auburn scored with like 50 seconds left to take the lead on the Panthers. State also took down my beloved Costal Carolina team in South Carolina, a very impressive victory late in the season.

Ball State was a middle of the road MAC team, and we’ve seen how poorly MAC teams have done in bowls not only this year but in the conference’s history. I do like Ball State’s QB Plitt, but the offense just hasn’t been great this year.

Action app gives the edge in every category but one to Georgia State’s defense in this matchup. Offensively it looks much the same.

It was a disappointing year for Ball state all together after their Cinderella run at the MAC championship last year. Ultimately I think they’ll be less fired up to be there than GSU. The Panthers are going for their first 8 win season ever. This seems like the right spot to pick a favorite.

Love you all, hope you have a great Christmas Day! Best of luck.