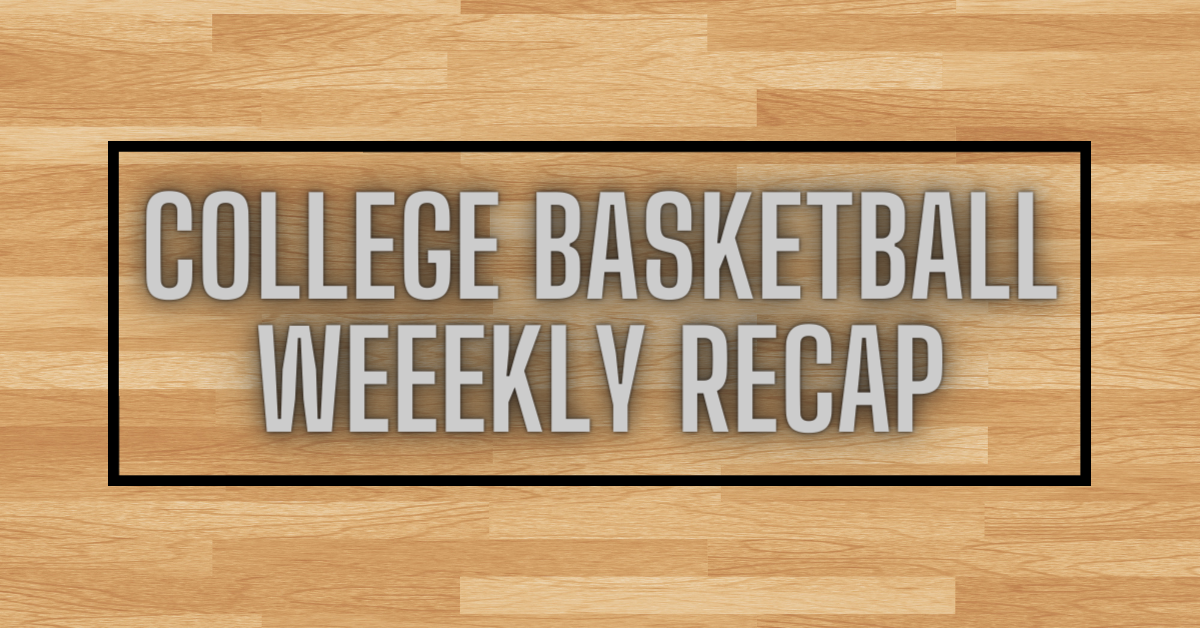 There are a lot of sports happening right now. NFL is getting close to the playoffs, college football is in bowl season, NHL has started up and NBA is mid way through the year. One sport that is not getting recognition that it deserves right now: College basketball. A lot of the average college basketball fans will start focusing on how teams are doing and players to watch around January. Some may even wait until March Madness and rely entirely on bracketology to make their March Madness bracket picks and bets. I for one, like watching college basketball right away when it starts in November. I plan to bring weekly articles about games that have happened and have surprised me, as well as players and teams to watch that may not necessarily be known. Let’s get to it!

Coach K’s Farewell Tour: So far, so good. With Mike Krzyzewski calling it a career after this season, many were curious how the season would go for the Blue Devils. They have had a roller coaster season so far, but have still managed to start off the year 10-1. ATS, they are 7-3-2 on the year, with one of their losses coming by just a half point. Look to take them ATS against a lot of teams this year. I was expecting Paolo Banchero to be leading this team in a lot of different categories. He has had a solid season so far, but the guy who has surprised me most on their team: Wendell Moore. After being a role player last season for Duke, Moore has been a big time leader for this team, averaging just shy of 17 points per game, 5.6 rebounds, and 5.1 assists. If Moore and Banchero continue to roll like they are, Duke is going to be a tough team to stop and bet against.

Cyclones Blowing by the Competition: If there was a conversation to be made about teams that have made complete 180’s in terms of improvement from last year to this year, Iowa State has to be in this conversation. Iowa State went 2-22 overall last year, and 0-18 in the Big 12 in 2020. This year, they are starting off the season hot, going 12-0 overall and they are currently the #9 team in the country (8-4 ATS, . So, what has changed from last year to this year for the Cyclones? The biggest one would have to be the addition of Penn State transfer, Izaiah Brockington, who has played a major role in his team success. He is a guy to watch for sure as he is averaging 16.9 points per game, hauling in 8.4 rebounds, and shooting 42% from 3. This team has completely rebuilt from last year and could be a team to watch in 2021.

Wolverines in a Slump: Many were considering the Wolverines to be the team to beat this year in when March comes. However, they are showing some vulnerabilites so far this season. The team thus far is sporting a 7-4 record (5-6 ATS), but 3 of those 4 losses have been by double digits, including a 21 point loss to North Carolina. There are some struggles happening for Juwan Howard’s squad this year. They have a near 1-1 assist to turnover ratio, one of the worst in college basketball. They are also getting outworked on the boards, as they average 8.5 offensive boards given up per game. They say a lot of teams start off the season sluggish, but turn things around come March. This is something that needs to happen for the Wolverines, as many have picked Michigan to win the NCAA tournament future bet.

Kofi Cockburn, Illinois: This man is a man among boys out there. The 7’0”, 285 pound Junior from Nigeria was a big key to Illinois success last season, and has helped Illinois this season hold the top spot in the Big 10. On the season, Cockburn is averaging a double-double with 21.4 points per game and 11.9 rebounds per game. There are a lot of pros to how Cockburn plays. He establishes his position very well in the post and does not get moved around like other posts have done. He also reads defenses really well, and has gotten a lot of wide open dunks off of slips that he takes while defenses hedge off of screens. However, he does tend to use his right hand all of the time. I expect this to be something that he works on in the offseason, as NBA players can expose that with him quickly. He is NBA ready and will make an impact on any team that he goes to. Watch out for him, especially in February and March, where he played his best basketball last year.

Alondes Williams, Wake Forest: Don’t look now, but Wake Forest is currently sitting with an 11-1 record and tied for the top of the ACC. A big reason for this success? The Senior guard, Alondes Williams. Williams is leading Wake Forest in points (21.0), rebounds (6.6), and assists (4.9). Williams is absolutely the heart and soul of this team. He does a really nice job of creating his own shot, particularly when comes off of ball screens, takes a few dribbles, and nails jump shots. He does not miss this very often. Another key thing for Williams is his speed, particularly laterally. He moves his feet very well and he is a solid defender on the ball. This quickness has also allowed him to drive by guys and finish at the rim. Where he struggles is his ability to finish through contact. Drawing fouls is not the issue for him, but he is often shooting two free throws when he gets fouled. If he can develop this, he will have no issues making an NBA roster. If Wake Forest ends up becoming a high seed this March, it will be greatly because of Williams.

Max Abmas, Oral Roberts: The man that surprised millions last year, Max Abrams made a name for himself last year in March. He helped lead 15 seed Oral Roberts all the way to the Sweet 16, where he scored 29 points against Ohio State in Round 1, 26 points against Florida in the Round of 32, and 25 in their Sweet 16 loss to Arkansas. Abrams has started the season exactly where he had left off. On the year, Abrams is averaging 21.3 points per game and shooting an impressive 44% from beyond the arc. What makes Abrams so special? He is shooting from NBA range and then some. He got the nickname “Mid-Court Max” due to his ability to shoot just about anywhere. Teams have been forced to guard him way outside of the three point line, and he has shown his speed to drive by defenders and make shots in the paint. If he can gain some muscle, he is going to be a definite force to be reckoned with at the next level.

The games this week for college basketball are limited with it being Christmas time, as well as the ever rising cases of Covid-19. A lot more games will resume, Monday December 27. The season has been wild so far. A lot of upsets have happened already this year. Several teams have established themselves as teams to beat, and several players are making cases for being drafted in the NBA lottery next year. What games should you bet on next week? I’ll have that blog for you next week of games to watch and teams to bet on! Have a happy holiday everyone!