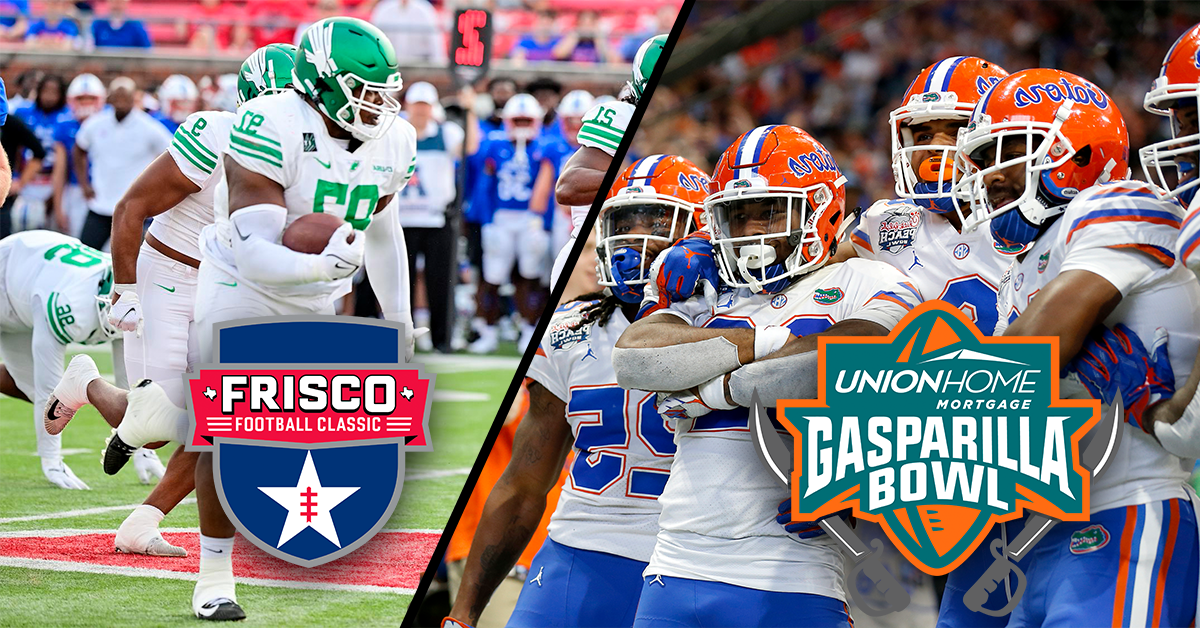 I am officially on #FadePG watch.. Can’t seem to find a winner, I blame myself. I took the Under last night in the Army game during my podcast, Not Another CFB Pod, and then gave out the over on here because the line had moved so much. I have shaken it all off, and with this new episode of the pod coming out I feel the tides turning in our direction.

First of all I’d just like to say it’s funny to call something a “classic” when this is the first time the game is being played.

Should be noted that MAC Overs are 4-0 so far this bowl season.

The North Texas Mean Green come in after winning 5 straight games to become bowl eligible. The last of which was a blow out win over Conference Champion UTSA. Miami of Ohio comes in at 6-6 after a few unfortunate losses in their conference schedule.

Both of these teams give up a lot of yards defensively, and their offenses rank fairly high in plays per minute. North Texas ranks 7th, and Miami ranks 60th. Both teams are very bad in the secondary so expect to see a few big plays here and there. UNT’s defense ranks 128th at preventing explosive plays.

UNT has morphed into a fast offense that runs the ball primarily instead of pure air raid as they used to be. Miami is pretty balanced, but will look to press their advantage through the air.

Weather looks decent for an over, sunny and 71, but with a little wind mixed in. Neither of these teams go deep constantly so I don’t expect the wind to play a big role. The only pause I have is this grass field was just played on a few days ago in the Frisco Bowl, but it stayed pretty dry so I can’t imagine the field was damaged too bad.

UCF and Florida will play for the first time since 2006. This will be a mini rivalry, mostly on UCF’s end, just based on proximity.

UCF should see the return of stud RB Isaiah Bowser, who has been hurt since November. The Knights are on their backup QB Mikey Keene who has been okay, certainly no Dillon Gabriel. Gabriel announced recently that he will be transferring to UCLA.

Florida, which will have interim coach Greg Knox the RBs and special teams coach. UF moves from fired Dan Mullen to the recently-hired Billy Napier. Emory Jones plans to enter the transfer portal but will play in the bowl game.

If this were a normal game I think I’d take UF to cover the spread, but I don’t think they’ll be as locked in as they normally are with their HC being fired and the program being in a state of transition. The under makes the most sense to me, so that’s what we’re rolling with.