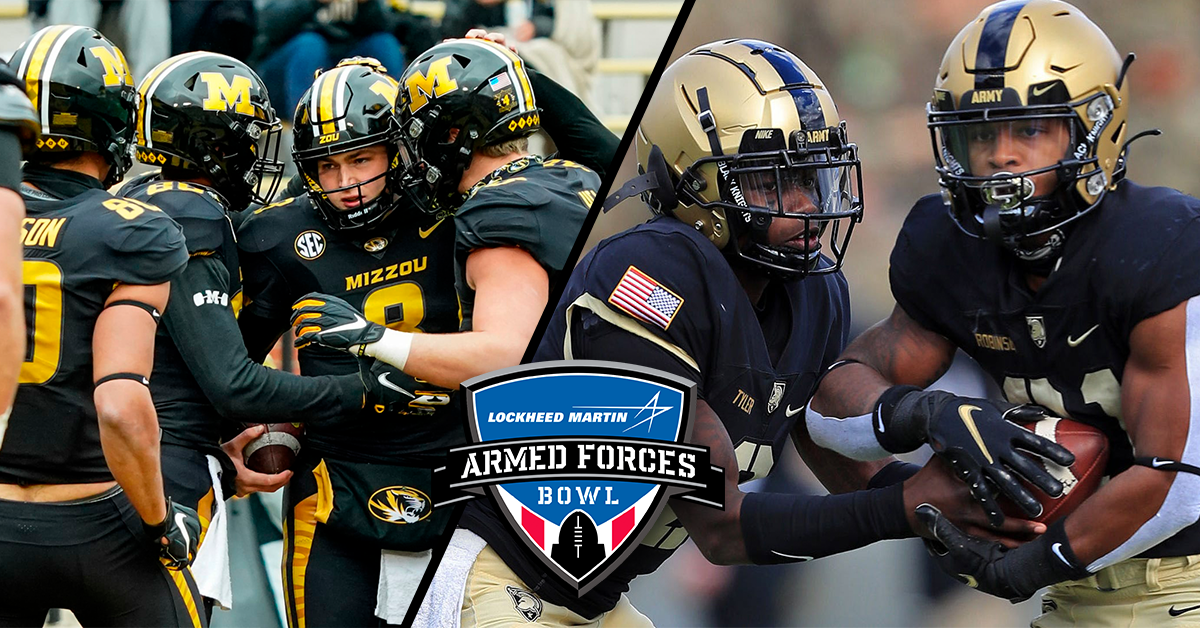 Today we have the Armed forces bowl, so we have no choice but to back Army right?

That is right, folks. We’re doing it, an Army over. Bowl overs are 9-2 so far, and did you know Army overs are 4-0 Bowl games under Head Coach Monken? We should always remember that one time they scored 70 on Houston.

Army will no doubt be motivated to play this game, service academies are always fired up to play bowl games. What about Mizzou, what does their squad look like for this game?

The Tigers best player RB Tyler Baddie has opted out of this game in preparation for the NFL Draft. Mizzou coach Eli Drinkwitz said there will be an open quarterback competition during the bowl practices after starting QB Connor Bazelak struggled coming back from injury. He’s had a little more time to heal now, will we see the decent Bazelak, or the post injury guy, or someone else entirely? Coach Drink has kept that quiet. A few more guys will be out for the Tigers as well:

The following players are out for #Mizzou vs Army in the Armed Forces Bowl on Wednesday.

Now that we have the negative vibes out of the way let’s talk about points.

Missouri’s run defense STINKS. They are not good and will be without at least 1 defensive lineman for this game. The Tigers defense gives up 230 yards rushing per game. As we know Army loves to run the ball, they run the ball on 90% of standard downs.

Army defensively is stout against the run. We’ll see what they look like against SEC athletes, but they were tough up front in their regular season matchups. Their problems were with defending the pass. The Black Knight defense is ranked 110th in defending pass explosiveness.

Both of these defenses are especially bad once teams get in the red zone. Missouri’s red zone defense is ranked 121st, and Army’s is ranked 88th. The offenses will have a massive advantage in getting the ball in the endzone, Army’s offense ranks 2nd in finishing drives.