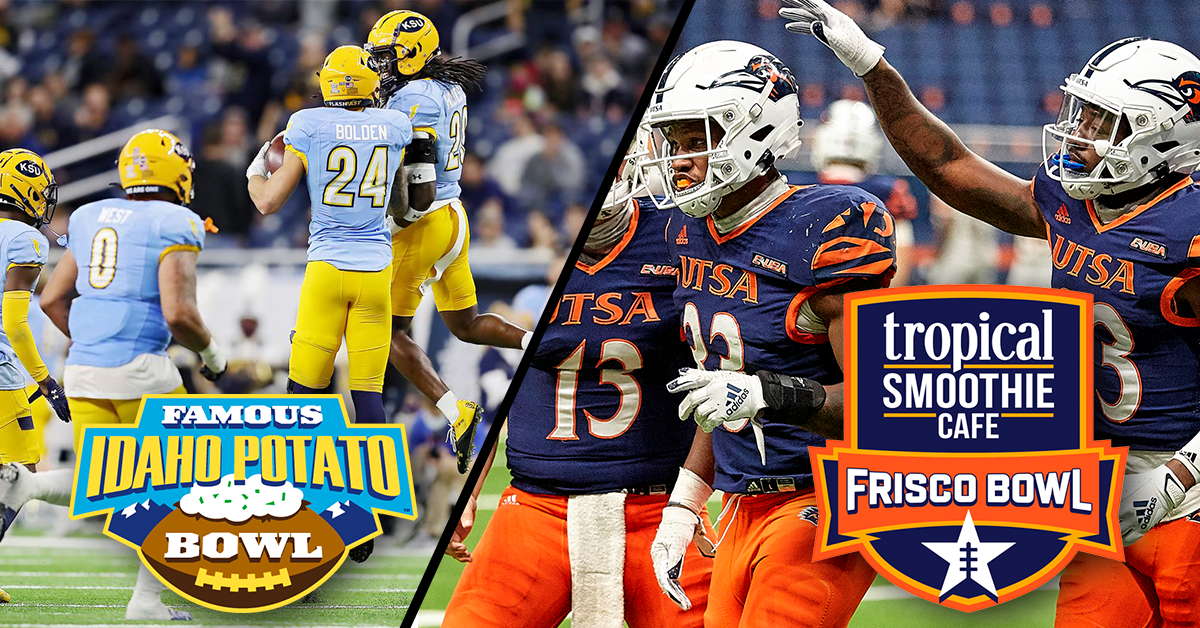 Two more bowls today, we need winners BAD! We start with the Potato Bowl which is right up my alley for a few reasons.

MAC overs are undefeated so far this Bowl Season.

This is way too low of a total for a Kent State game, I don’t care who they’re playing. I think people also forget that Wyoming played another MAC team earlier this season, NIU, and the total was all the way up at 93.

I think people see Wyoming and remember the old slow play with great defense behind it, but while this team is still somewhat slow their defense is nothing special. The Secondary is very solid, but they are not great against the run. The Cowboys are coming off of a loss at home to Hawaii where a bad Hawaii team had nearly 500 yards and scored 38.

Kent is coming off of a disappointing loss too. The Golden Flashes went down to NIU in the MAC championship game. We should remember that any time Kent State scores the other team will have great field position. Kent’s kickoff guy is one of the worst in the country, Wyoming will often get the ball around their own 40.

Wyoming will be without it’s DLine Coach and their Starting Nickelback who is in the portal.

The pure pace of play from Kent is enough to hit this over. Wyoming will have no problem scoring with their ground based attack, and I expect Kent to bounce back from a very poor performance in the MAC championship game.

Sincere McKormic UTSA’s star RB is sitting out this game. SDSU got blasted in their last regular season game but they had a bad COVID outbreak that should now be settled.

SDSU has the best punter in the nation Matt Ariza, he will be playing.

Even with SDSU’s covid issues in the Mountain West Championship game, I do think Utah State exposed some plays and looks that SDSU couldn’t handle. They ran crossing patterns and shredded the Aztec’s defense. With the star RB out UTSA will lean on the pass a little more.

Even without McKormic, I expect the very solid coaching staff at UTSA to find some ways to move the ball. We should also note this game is in Frisco, not terribly far from San Antonio, but a long long ways from San Diego.

We know how hot Underdogs, and overs have been this Bowl Season. This teaser gives us a little more wiggle room on both of those fronts.