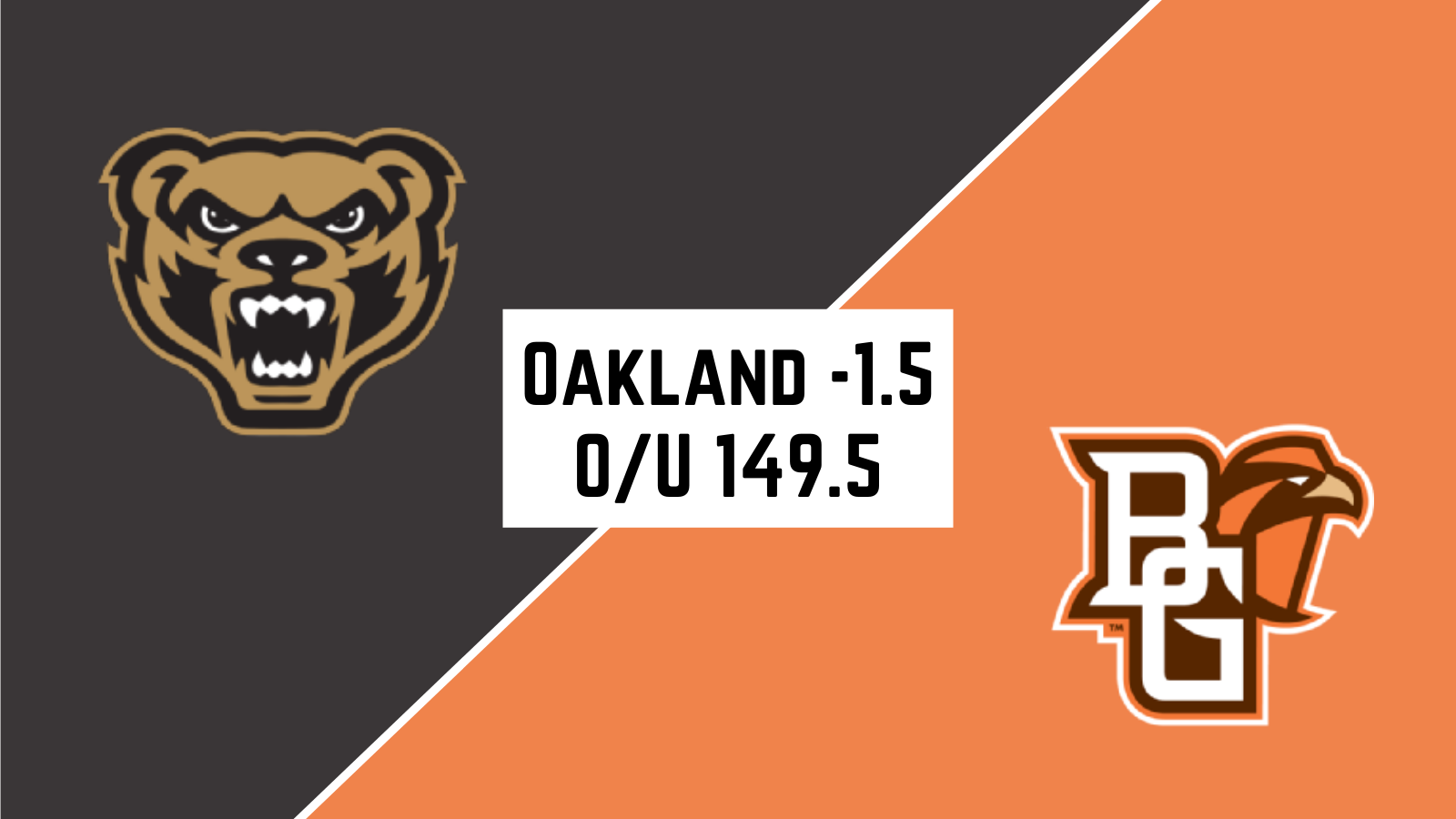 One of the games I have circled on my card tonight is Oakland vs. Bowling Green. There’s something fishy about Oakland only being favored by a point and a half considering the Grizzlies are 7-2 against the spread this season.

The Falcons, however, come into this 6:00 pm (CT) contest averaging 77.8 points per game and are riding a two-game winning streak. Last time out, Bowling Green defeated Duquesne 78-70 as a 4.5-point underdog. The Falcons are just 2-5 against the spread this season.

After starting the year 2-2, Oakland has rattled off five wins in a row, which includes wins and covers over Vermont, Rice and Delaware. The Grizzlies also beat Oklahoma State 56-55 earlier this season as a 16.5-point underdog and gave West Virginia a run for its money (60-53) in their season-opener.

This line looks even more sus after looking at some trends. Oakland is 25-12 against the spread in its last 37 games and the Falcons are a horrific 5-24-2 against the spread in their last 31 home games. But Bowling Green has home wins over Chicago State and Milwaukee this season and are 3-1 in its last four games, yet they’ve failed to cover in two out of its last three games.

Again, this is a fishy line and usually when I find one of those I bet the other way but not tonight. I’ll ride with the Grizzlies -1.5 and hope their unselfishness on offense gets me the win.