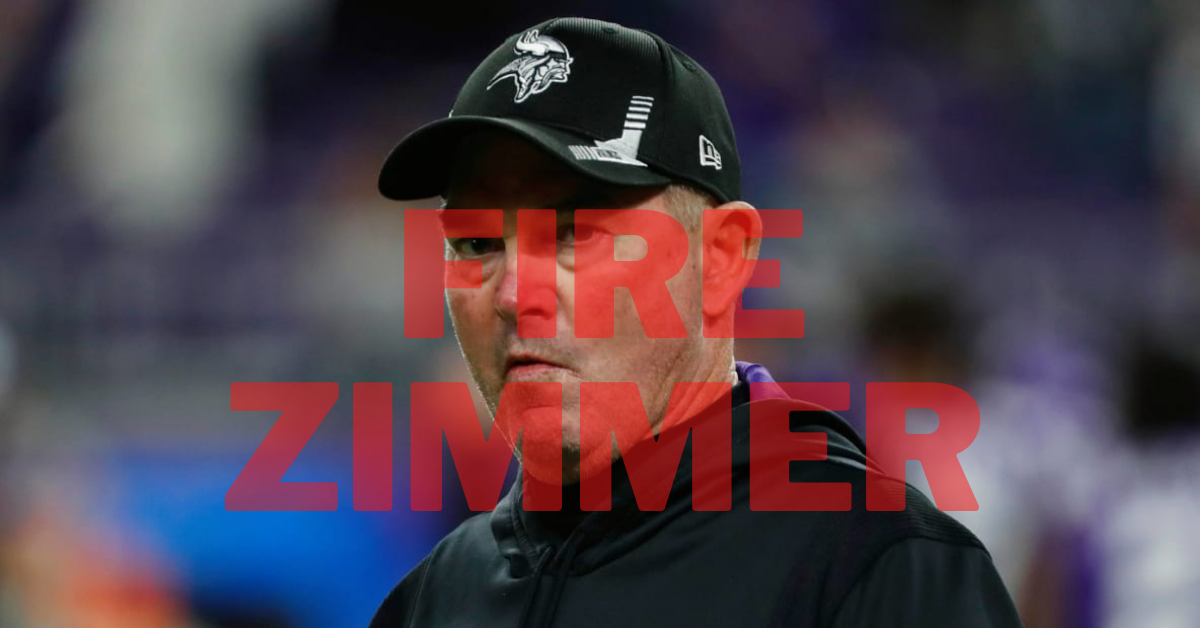 I damn near turned the game off. Vikings had a 27-23 advantage late in the fourth quarter after trailing 20-6 at halftime. Deep down I knew it wasn’t over but the GD Lions and Jarod Goff weren’t about to drive 75 yards in a 1:50 were they? You bet your ass they did.

14 plays. 75 yards. 1:50. And just like that, Detroit picked up its first win of the season. If you bet on Minnesota -7, I’m sorry. That was not the play. The Vikings play to the level of their competition and not one handicapper should be surprised Detroit won this game.

Now, if Mike Zimmer does his job, Vikings ML and teaser bettors are having a better start to their week this morning. He calls himself a defensive guru yet he dialed up maybe one of the worst plays in recent memory.

What were Vikings’ D backs doing that deep in the end zone? pic.twitter.com/80WAeXmDlA

We were playing this coverage Luke!! Who’s to blame for that game winning touchdown?? pic.twitter.com/ZENAXn5rQ0

The Vikings did not come play in that first half. Granted they did have a ton of starters not play that included Dalvin Cook, Camryn Bynum, Eric Kendricks, Anthony Barr and Christian Darrisaw. Kirk Cousins didn’t finish with that bad of a stat line: 30-of-40, 340 yards, two touchdowns and zero picks. But Minnesota’s defense made Jarod Goff look like University of California legend, Aaron Rodgers. Goff finished 25-of-41 for 296 yards, three touchdowns and one interception.

Down 20-6 at halftime, I jumped on the second half under 25.5. I figured Minnesota would make a run and I also thought Detroit wouldn’t score too many points in the second half. Turned out, the Lions scored one touchdown too many. The Vikings are now 5-7 (6-6 ATS) and 2-5 on the road and I think it’s time to clean house.

The playoffs, however, are still in reach but you can’t win the turnover battle and time of possession yet lose to a team that entered this contest with a 0-10-1 record and not have your job questioned. Dan Campbell thought it was smart to go for it on 4th & 1 from Detroit’s 28-yard line with the 23-21 lead. I mean, I tweeted this after the game, Campbell should also be fired ASAP. You can’t be an NFL head coach if you think going for it on 4th & short inside your own 30-yard line with the lead is a good decision. I don’t care what your record is. If you don’t convert, YOU LOSE THE GD GAME!

But they didn’t. It actually didn’t come to bite Campbell in the ass at all. Minnesota went ahead 23-21 and the Lions responded with a 14-play, 75-yard drive over the final 1:50 to steal a 29-27 victory after holding a 14-point lead at the break.

They should just announce the firing of Zimmer and Campbell at the same time. Write a joint press release, put both their headshots on the same social graphic and let’s celebrate Minnesota’s smartest decision since drafting Randy Moss at R1(21) in 1998. Moss was in Minnesota for six years but I tell you what if we don’t figure it out with this roster, JJ is going to leave much sooner then Moss did.

Who should the Vikes get as new HC? @CampbellDJosh