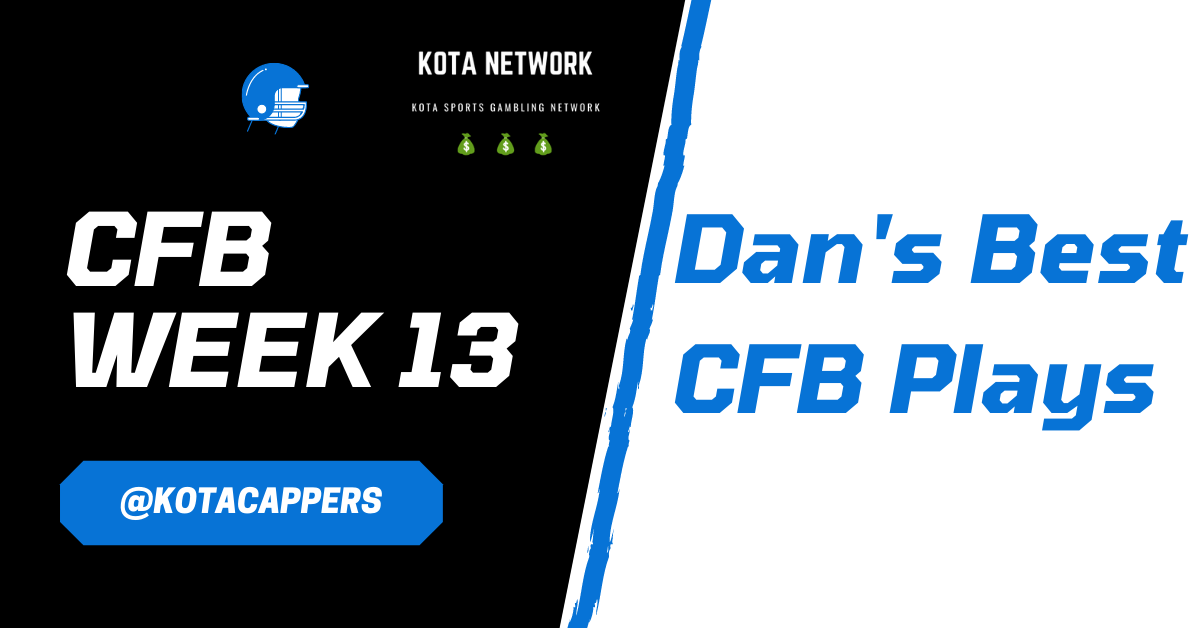 We’ve finally come to the end of the college football regular season, with the conference championships just a week away. This is where we put all the lessons we’ve learned into practice for the end of the year and hopefully close out the season with a strong week.

It’s rivalry week across the country, which often leads to some unexpected outcomes. Then again, after 11 weeks, these teams have shown us who they are for the most part, which should make them a little easier to peg. Here are my best plays for this weekend’s games.

Backing Florida State in Gainesville isn’t as crazy as it seems, because the Seminoles have won four of their past five trips to the Swamp. Plus, the winner of this game goes to a bowl, and while the Gators appear to have checked out on this season, the Seminoles are still playing with enthusiasm. Florida State has made some real progress since the start of the year, and the Seminoles should get win no. 6 here.

Just like Florida, Indiana appears to have completely checked out on this season. Purdue gets to host for the Old Oaken Bucket this year, and the Boilermakers want to get even with the Hoosiers after Indiana came to Ross-Ade Stadium in 2019 and won the Bucket back from the Boilers. Purdue is in prime position to kick Indiana while it’s down, and this appears to be a trip to West Lafayette that nobody in crimson and cream will want to remember.

This number’s been pushed a bit too far, as the Beavers are now getting more than one score against an Oregon team that has really struggled with its spreads this season. The road team tends to do well when battling for the Platypus Trophy, covering in 11 of the past 15 meetings with one push. Oregon should win the game as usual when it’s played in Eugene, but Oregon State will likely come away with the cover.

Virginia does one thing well: throw the football a lot. Guess what Virginia Tech’s defense is best at stopping? That’s right, it’s the pass. The Hokies rank 28th in the nation against the pass, which should slow down the Cavaliers. Not only that, but Virginia Tech runs the ball pretty well, which should allow it to keep attacking the soft Virginia run defense. The Hokies are set up to beat Virginia, and there’s a decent chance they can do exactly that. I’ll take the points, but a VT win wouldn’t surprise me.

The fact that this game is expected to feature a combined seven touchdowns seems crazy. Penn State plays great defense and Michigan State is no slouch on defense either as long as it’s not facing Ohio State. Plus, the Spartans prefer to run the ball, which means time should come off this clock. I like the under play here.

I’ve said for a while that I think Oklahoma State is the stronger team, and I’m sticking with it. I think the Cowboys’ defense can handle Oklahoma’s inconsistent offense, and Oklahoma State has simply played better football for the past two months. Per the computer, I could take even more points on this one, but I’ll stick with giving an extra three here.