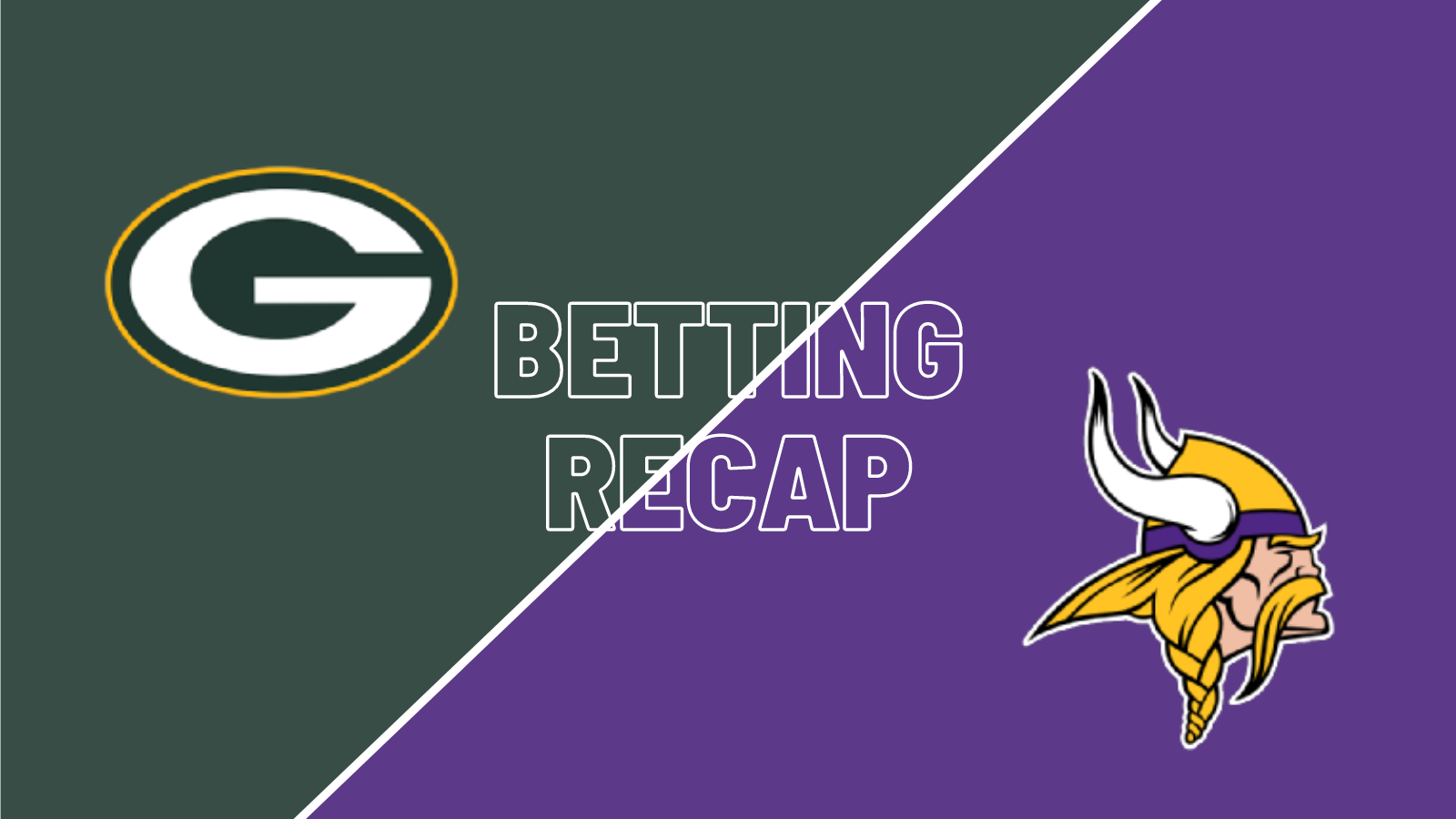 Vikings +1.5, Vikings ML (+110): ✔️ I’ll lump these two bets together because you weren’t going to win Vikings +1.5 if Minnesota did outright win. It’s just how the game unfolded. Green Bay went up 24-23 with under eight minutes to play but Minnesota took a 31-24 lead with 2:17 to go after a Justin Jefferson 23-yard touchdown catch. But it took nine seconds for the Packers and Aaron Rodgers to tie it up at 31-31. However, Minnesota finally showed good clock management and used an eight-play drive that lasted just over two minutes to set up a 29-yard game winner by Greg Joseph. Minnesota picked up its sixth ATS win, while they handed Green Bay just its second ATS loss of the season.

Over 47.5: ✔️ Thanks to 25 fourth quarter points there was really no sweat on this bet.

Packers over 24: ✔️ Green Bay scored 10 points in the first half and needed 15 more in the second half to cash this bet. So, really we needed 17 points because Green Bay wasn’t going to go for two and a safety was and really never is in the cards. We had to wait until late in the fourth quarter because the Packers had a 24-23 lead with 7:49 to play but we needed one more point. Luckily with 2:08 to go, Marquez Valdes-Scantling caught a 75-yard touchdown pass from Rodgers and boom that was what we needed.

Vikings over 23.5: ✔️ Again, not really a major sweat on this one. The Vikings scored 16 points in the first half and needed just eight points for this to cash. Obviously, a two-point conversion wasn’t going to happen but the bet didn’t cash until 2:17 left in the fourth quarter. Minnesota was stuck at 23 points for most of the second half. The Vikings scored 11 points in final 2:17 of action.

Vikings -0.5: Minnesota held Green Bay to three first quarter points and Dalvin Cook broke the 3-3 tie with a 1-yard touchdown run with 3:20 to play in the opening quarter.

Over 9.5 points: Kirk Cousin found Justin Jefferson for a 56-yard gain that set up a rushing touchdown by Cook to give Minnesota a 9-3 lead. Greg Joseph missed the extra point but it wasn’t needed to cash the over 9.5 first quarter points bet.

Packers under 6.5 points: Mason Crosby’s 54-yard field goal on Green Bay’s opening drive was the Packers only points of the first quarter.

Vikings over 3.5: Minnesota tied the game at 3-3 with a 51-yard field goal by Greg Joseph and with under two minutes to play in the first quarter, Cook scored from 1-yard out to give Minnesota nine first quarter points.

Over 13.5: This bet didn’t look good. Minnesota scored with 7:37 left in the second quarter and we had to wait over seven minutes for the next score, which came with 30 seconds left before halftime when Aaron Rodgers found Josiah Deguara (who?) for a 25-yard touchdown and Mason Crosby got us the cash with the extra point.

Packers +0.5: It was an evenly matched third quarter as both teams scored a touchdown.

Over 9.5: The Vikings extended their lead to 23-10 with 8:26 to play in the third quarter after Cousins found Jefferson for a 9-yard touchdown but Green Bay responded, which was great for the over. With just under four minutes to play in the quarter, Rodgers hit Davante Adams for a 10-yard touchdown that gave us the cash.

Vikings +2.5: The Vikings almost pulled a Vikings move and lost the game in the final moments but a good second half saved this bet.

Over 23.5: Green Bay took a 24-23 lead with under eight minutes to play after Adams caught his second touchdown of the game and we needed just three more points to cash this over. We got 17.