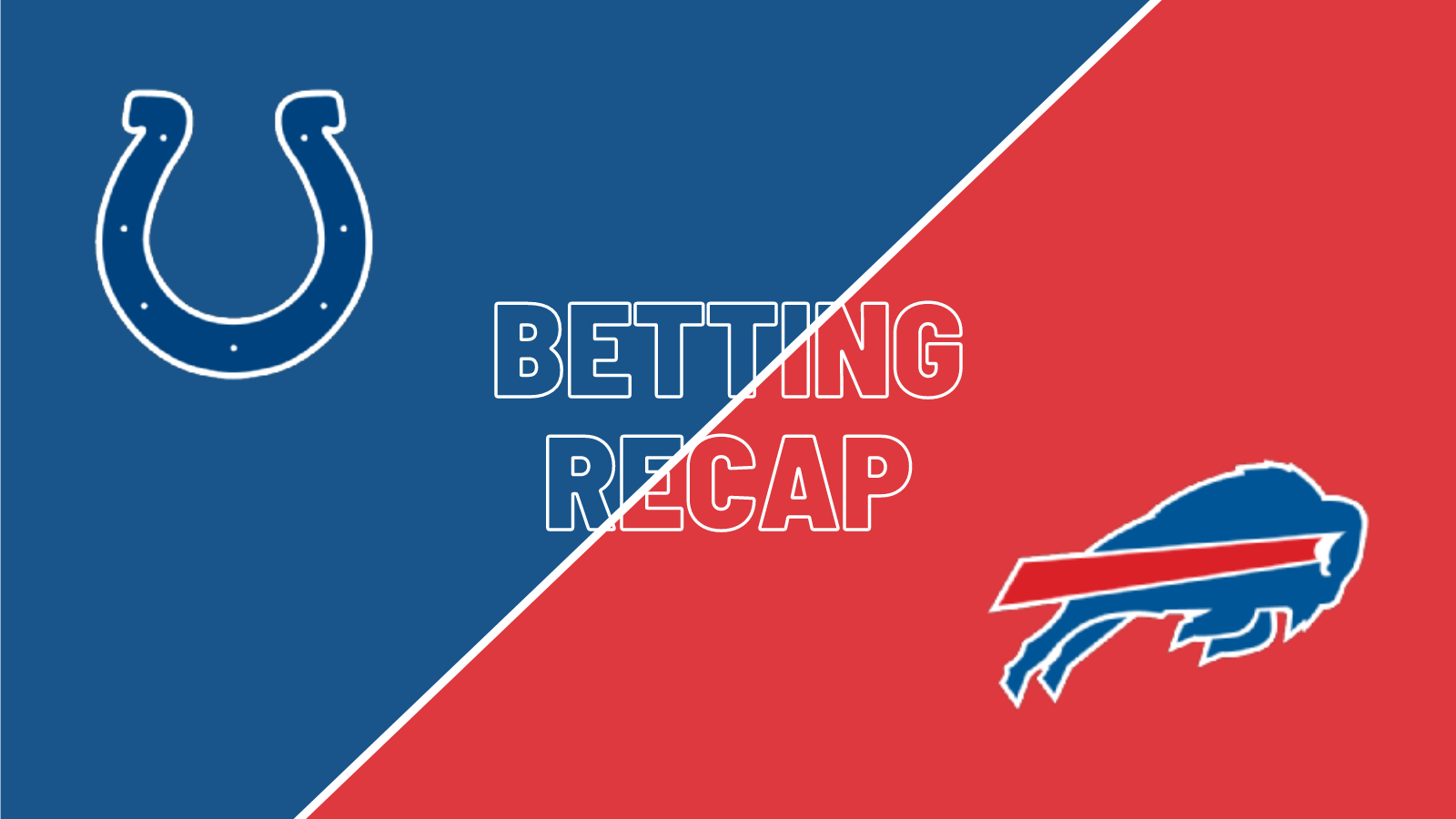 Over 49: ✔️ – Indianapolis scored 10 points or more in every quarter but the final one. Buffalo could’ve not scored in the second half and the over still would’ve hit.

Colts +1.5: Indianapolis held Buffalo to zero points in the first quarter and Jonathan Taylor scored two touchdowns that gave the Colts a 14-0 lead.

Colts over 0.5: Boss man told to hammer this bet before kickoff. It was juicy at my sportsbook (-153) but I hit it anyway and boom, easy cash. Thank you, Taylor for your two touchdowns.

Bills under 6.5: Josh Allen threw a pick on Buffalo’s opening possession while the Bills were driving but after Indianapolis’ second touchdown the home team only ran three more plays on its second offensive possession before the quarter ended.

Colts +4.5: Indianapolis had itself a first half against Buffalo. After leading 14-0 after the opening quarter, the Colts outscored the Bills 10-7 in the second quarter. Buffalo attempted a 57-yard field goal but Tyler Bass missed. It wouldn’t have matter, however, as a field goal would’ve made the second quarter score 10-10.

Over 15.5: Buffalo got on the board about five minutes into the second quarter as Allen hit Stefon Diggs for a 6-yard touchdown. The Colts connected on a 36-yard field goal with 2:16 to go before halftime and the second quarter over looked sort of dead because we needed a touchdown to cash. On the very next play, Buffalo fumbled the kickoff and Indianapolis took it back to Buffalo’s 2-yard line. One play later, Taylor scored his third touchdown of the game and the ticket was cashed.

Not that it matter but Buffalo went on an eight-play drive after that and missed a 57-yard field goal.

Colts +3.5: Ahh, [insert Jonathan Taylor is the GOAT] gif here. Taylor tacked on two rushing touchdowns in the third quarter and Indianapolis’ defense continue to dominate as they held Buffalo to zero points.

Over 10.5: It didn’t matter that the Bills didn’t score because Taylor did it by himself. He had touchdowns runs of 10 and 1-yard in the quarter to hit the over.

Colts +10: Everyone and their father thought Buffalo was going to get the train rolling but it never happened. Taylor finished with five total touchdowns and the Colts picked off Allen twice. Mitch the Bitch got in, threw five passes and one interception, so nothing was working for Buffalo. Colt +10 second half easiest bet of the day?

Under 26: This is why sports gambling is the best or worst – no in-between. My thinking was that Buffalo was going to score one touchdown for sure in the second half and two touchdowns didn’t seem impossible but I figured they’d score 10 points. The Bills scored eight, while Indianapolis scored 17 and the under cashed by one point. Woof.