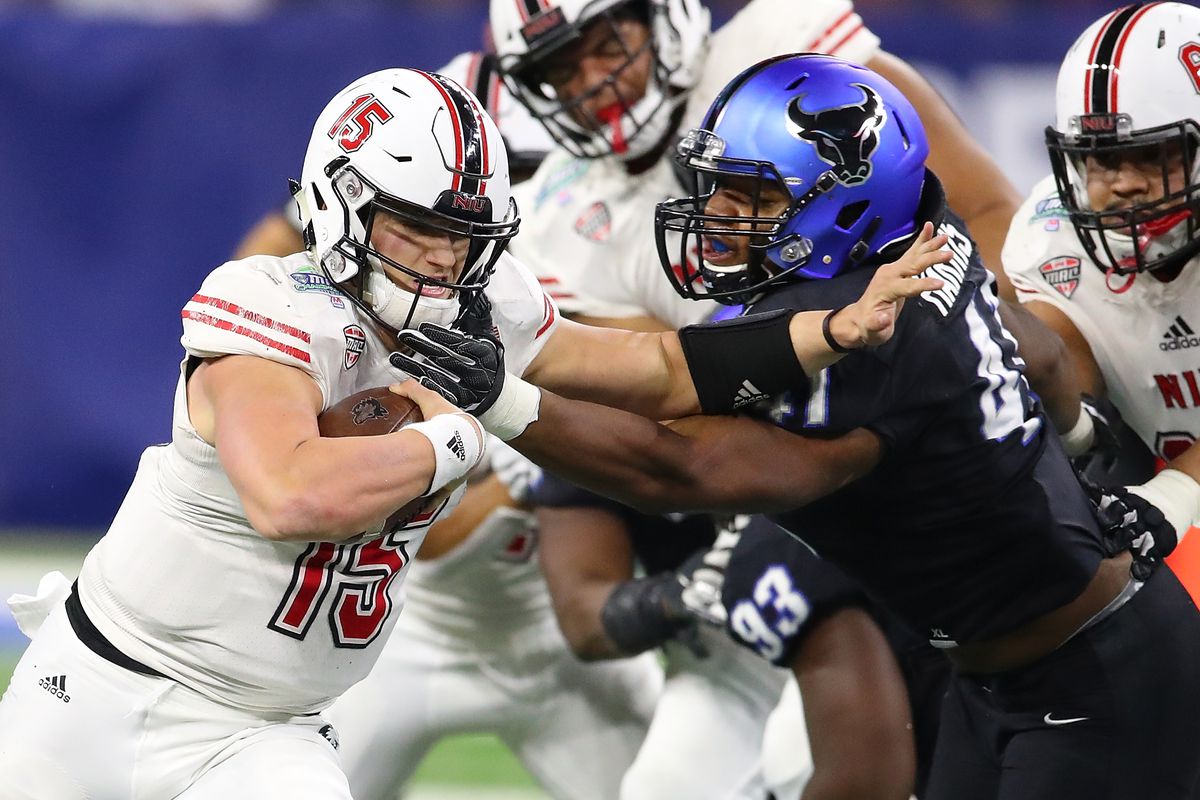 Yesterday was a great way to start, a fairly easy win for the Rockets and a 1-0 start for ole PG.

Today we are doing something I almost never do, take a MAC under.

Typically I stay away from MAC unders, but today we make an exception.

The weather in Buffalo NY is pretty favorable for an under on it’s own. Looks like it will be very windy 17-20 mph winds (could get worse by kick), and a chance for rain.

I think even without the windy and possibly rainy conditions this game could go under. Both of these teams LOVE to run the ball. NIU runs the ball 63% of the time and Buffalo runs it 60% of the time.

Neither of these defenses are anything spectacular, but I think they could get stops against predictable offensive play calling.

NIU is one of the slowest offenses in the country as far as plays per minute is concerned, so that should not only help the clock run but allow their defense to catch their breath on the sideline and not get worn out by Buffalo’s run game.

We don’t mind long drives in this game, we just need them to result in FG attempts and not TDs. NIU ranks at a solid 28 in finishing drives, but Buffalo’s defense isn’t awful at finishing drives ranked at 66. On the other side of the ball UB has been pretty bad offensively in finishing drives. The kicking game will be very effected by the weather, so we can expect to see some wacky special teams plays.

Both these teams are ranked pretty solidly in tackling according to PFF. NIU at 55 and UB at 36, so we shouldn’t see a bunch of long runs on broken tackles.

Taking unders in MAC games is never super fun, but I see this being a sloppy game between 2 hungry teams that have plenty to prove in conference play.