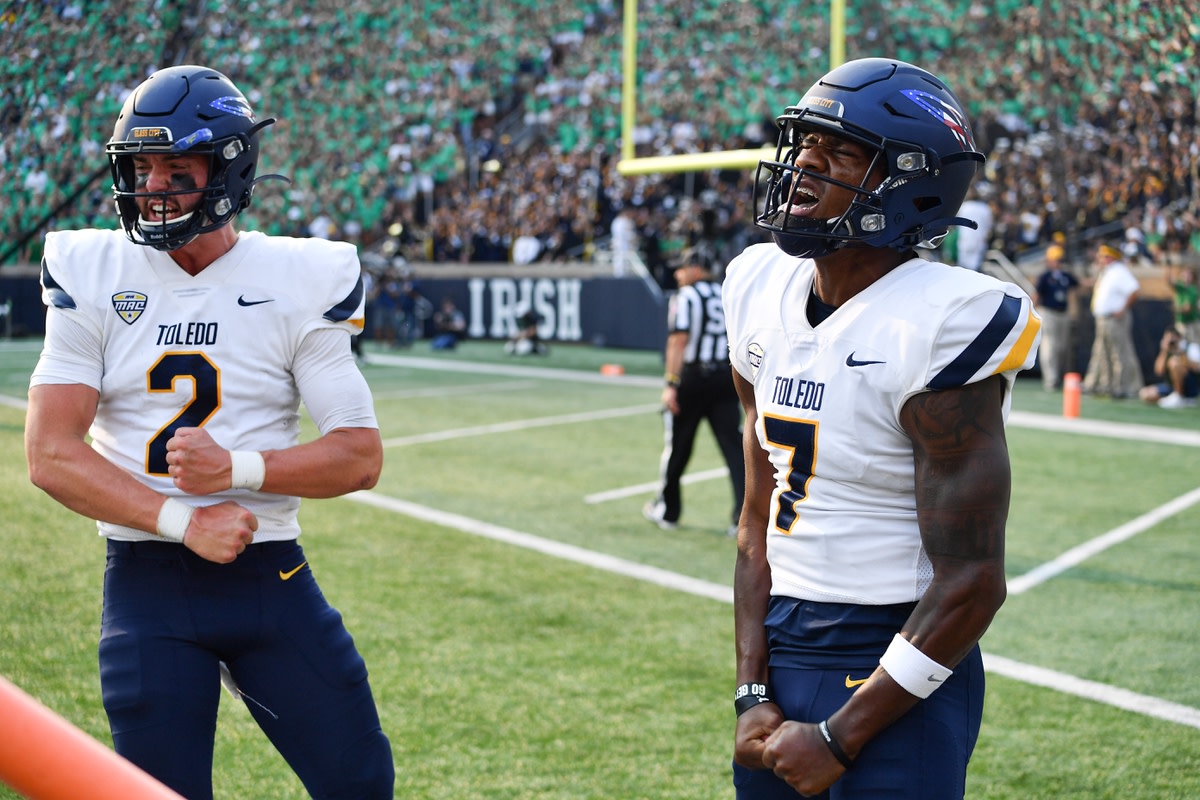 Another MACtion game, another chance for Glory.

Today we are LOVING the Toledo Rockets -7.

First maybe I should introduce myself. I am the Kota Cappers newest Capper “PG” otherwise known as @PotatoGobbler on twitter. I am a #FootballGuy at heart. My personal favorite is College Football mostly because of the randomness that it can showcase. CFB is also my favorite sport to bet, but I enjoy betting the NFL and the NHL as well.

Enough about me let’s talk about these darn Toledo Rockets.

We remember Toledo from early in the year where they gave Notre Dame a scare, even had the lead with 1:30 left, but ultimately lost 32-29.

Since then Toledo has had some disappointing losses, and a few unlucky losses to end up 5-5 on the season. Their Opponent tonight, the Ohio Bobcats STINK.

You may have noticed my Profile Picture on Twitter is the old Ohio Head Coach Frank Solich getting french fries dumped on his head after a Bowl win. The great Coach Solich is gone and after a few lucky wins the Ohio Bobcats are 3-7.

Ohio got wins over Miami-Ohio who outgained the Bobcats 569 yards to 413, and Eastern Michigan who couldn’t stop the explosive play. Ohio’s only other win was over Akron.

Toledo has had an up and down year but have won 2 of their last 3 MAC games and the loss was a 52-49 game in which they outgained EMU by 182 yards but had 3 unfortunate turnovers that lost them the game.

This game could make the Rockets Bowl eligible and we know how big of a deal that is for these smaller football programs.

The Rockets also tackle better, according to PFF Toledo ranks 2 in PFF tackling while Ohio ranks 127.

The rise of Dequan Finn (Toledo QB) and his dual threat ability has me feeling much better about this Toledo offense.

Dequan Finn rushes in for the TD and just like that @ToledoFB is up 21-10. pic.twitter.com/YvELWNOUm7

Best of Luck everyone, and Go Rockets.