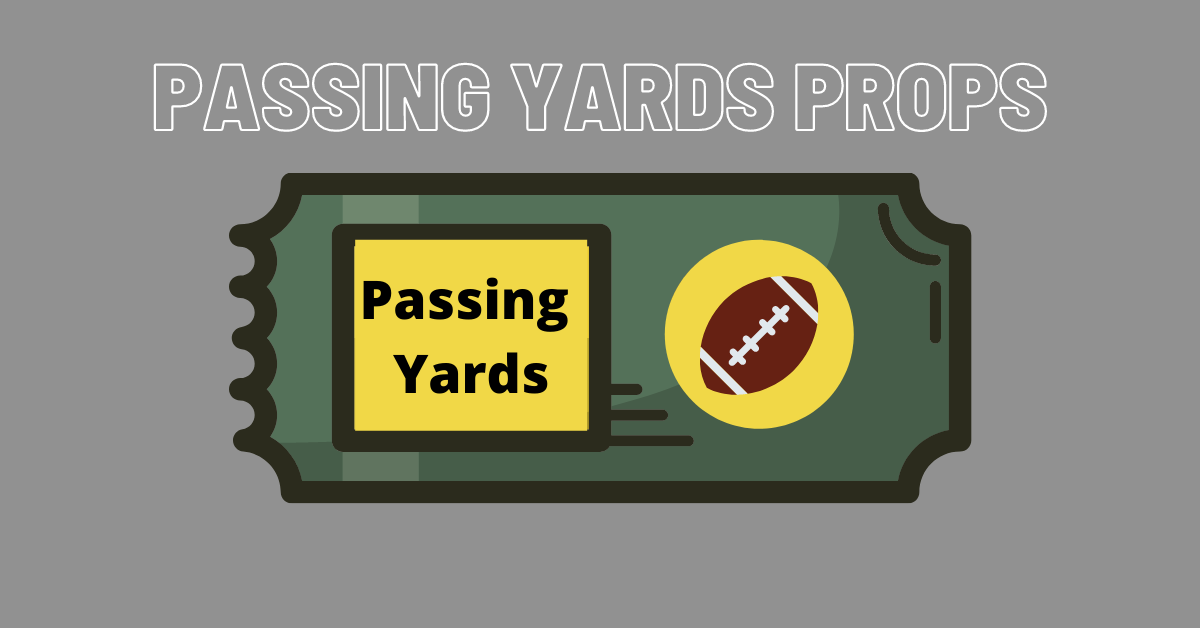 I hate when Halloween falls on a Sunday. I’m 28-years-old but when it comes to late nights and sleep I’m a 75-year-old grandpa. Consider the fact that the Sunday Scaries have already set in and it’s not even noon yet, I won’t be going out on the town tonight.

There’s only one way today turns into my favorite Halloween ever and that’s if the Vikings beat the Cowboys. I’ll throw on my V for Vendetta costume and hit up every single house in my neighbor for candy. Only moms can answer the door when I knock, however.

The Vikings don’t play until 8:20 (ET) on NBC, so we have a full Sunday slate to make some money before we place our Minnesota bets. Here are three passing yard prop bets that I love for today, October 31.

Carolina looks like the New York Jets and Sam Darnold looks like himself again. After starting 3-0 with wins over the Jets, New Orleans and Houston, the Panthers have now lost four straight. But this is a big game for Darnold and company. Atlanta has played in four straight one possession games and have won three of its last four after starting 0-2. Darnold’s passing yards prop is at 242.5 and I like the over. Darnold started the season off hot in the passing game as he surpassed 300 passing yards in three of Carolina’s first four games. While, he hasn’t been great throwing the football lately, Atlanta’s defense allows a 15th league worst 250.5 passing yards per game and they’ve allowed 264 passing yards or more in five out of its six games this season. I expect Darnold to find success through the air today against Atlanta but his wide receivers also need to catch the football. The Panthers lead the NFL with 18 dropped passes but Darnold and the boys are going to be on the same page today, so take over 242.5 passing yards for the Cali native.

This is a perfect matchup for Joe Burrow. The Jets rank in the Top 10 in passing yards allowed (275) and have allowed 300 yards or more in three games this season. Burrow enters this contest on a heater. Since Sept. 30 against Jacksonville, Burrow is averaging 329 passing yards and has thrown over 261 yards five times this season. I worry a tad that Cincinnati is looking past this game to next week’s showdown with Cleveland but this should be an easy cash for Burrow. Not to mention he’s surpassed 260 passing yards 10 times in his short career.

Miami is one of the worst (third worst) teams in the NFL against the pass. The Dolphins allow 297.1 passing yards per contest, while Jacksonville gives up 297.8 and Washington 300.6. Josh Allen has looked real nice in Buffalo’s passing game as he’s finished with over 284 passing yards four times this season including in back-to-back weeks. He ripped Kansas City for 315 yards on Oct. 10 then fired off 353 yards through the air against Tennessee last week. But when Allen’s faced Miami he hasn’t stuffed the stat sheet. Allen has played the Dolphins seven times in his career and here are his passing yard numbers in those games: 231, 224, 202, 256, 415, 224 and 179 (on Sept. 19). So, what Allen are we going to see today? I’m a big believe in, “what have you done for me lately?” The facts are that the Dolphins have allowed 355.3 passing yards per game in their last three games and Allen is averaging 318.5 passing yards per contest in his last four games. Buffalo beat Miami 35-0 earlier this season and are coming off a 34-31 loss to Tennessee but I think Allen throws all over this Dolphins team. I know the Wyoming Cowboy hasn’t put up the largest passing numbers against Miami in his career but the Dolphins are in trouble. They are a 1-10 start away from firing somebody and a quarterback trade may even happen sooner. I’ll take my chances here with Allen having a huge day at home through the air.