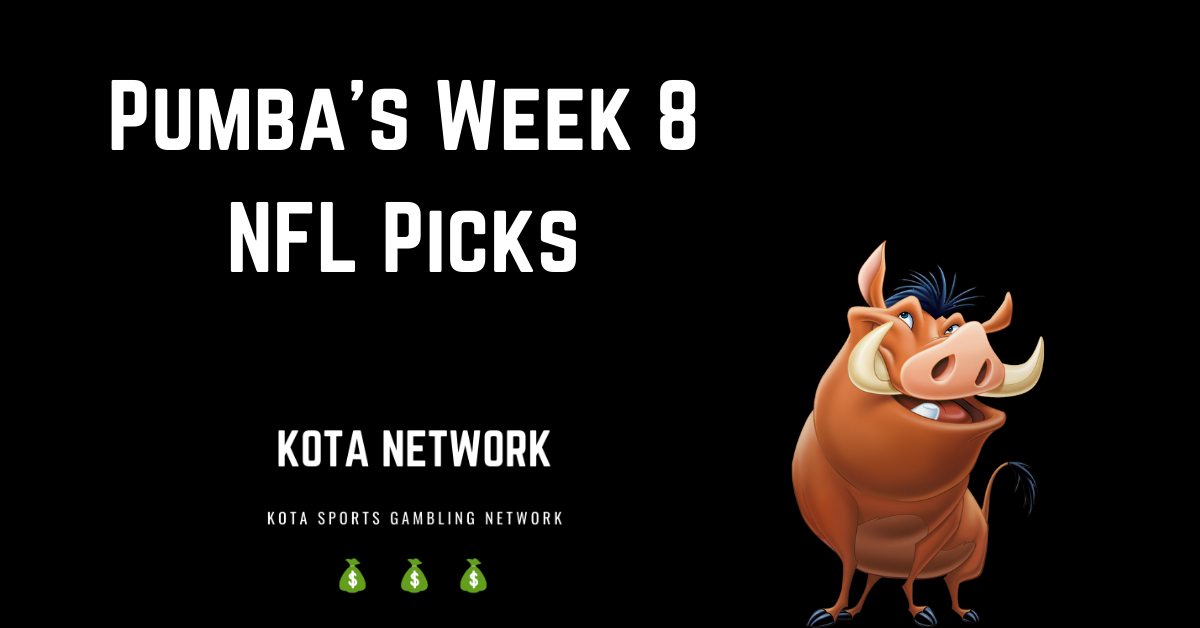 Things have been trending in the right direction for me as I’m 7-3 in the last 2 weeks bringing me to 17-17-1 on the season. After betting on the Raiders for 5 straight weeks, they are on their bye so I had to find some other teams to bet on.

I’m hoping Justin Fields and the Bears just forget the disaster performance they put together last week in Tampa. Bears have had an up and down season which isn’t surprising when you have a rookie QB. Having the struggling 49ers come to town could be what the Bears need to get back on track. 49ers have battled injuries all season and have lost their last 4. This game is expected to be low scoring and I like the home team getting over a full FG.

Bills went into Miami in week 2 and put a 35-0 beat down on the Dolphins. Despite 2 losses the Bills have looked great in their 4 wins this year which have come by average of 28 points. Dolphins are in the running for worst team in the league and just gave my Jaguars their first win in 20 games. Bills Mafia is going to have a lot to celebrate on Sunday as the Bills win big.

My Jags are on a winning streak. Urban Meyer has moved on from dancing with his female companions and has this team improving week after week. Going into Seattle is never easy but Jaguars are coming in off their bye week while Seattle is coming off a shortened week after playing on Monday night. I think this game will be a close one and I don’t hate the chances of my Jags getting their 2nd win of the season.

Bucs lost to the Saints twice in the regular season last year before getting revenge in the playoffs en route to a Super Bowl. Last year when these teams met the Bucs were still getting everything figured out with their new players but now the Bucs have been unstoppable since late last year. The Saints have had a weak schedule since their week 1 win over the Packers and have still only gone 3-2 since then. Bucs should dominate both sides of the ball and I think Bucs win this game big.

Texans have looked as bad as expected since crushing my Jags week 1. Rams are going through as easy stretch of their schedule and should have no trouble with the Texans if they show up somewhat ready to play. To the joy of many NFL fans, including myself, the Chiefs’ struggles are the surprise of the NFL season so far. Chiefs have the perfect opportunity to get things going with the Giants coming to town on Monday night. If Chiefs lose maybe Mahomes should just retire and make TikTok videos with his annoying brother.