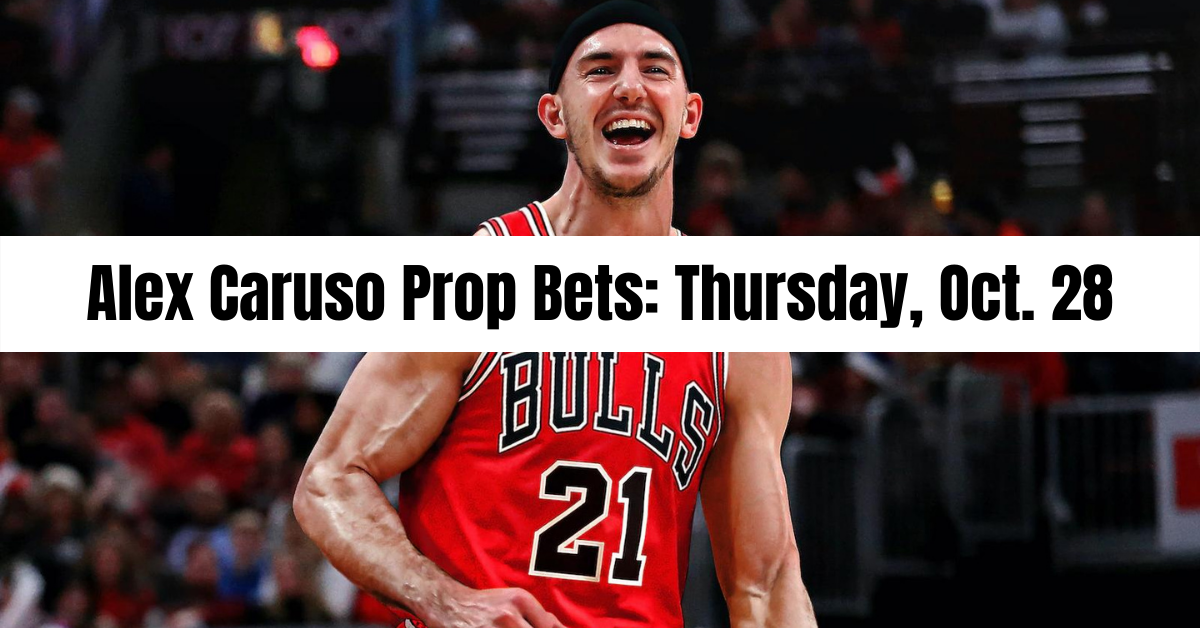 The New York Knicks look to cut the list of undefeated NBA teams to two today, October 28 as they travel to Chicago to take on the 4-0 Bulls.

But Alex Caruso is one of my favorite players and since this is one of the bigger games of the season so far, let’s dive into some prop bets for the Bald Mamba.

Caruso is averaging eight points per game and is shooting 50 percent from the field. He’s taken at least four or more shots in each of Chicago’s four games and he’s made one 3-pointer in each of those contests. Caruso has scored nine points or more twice this season and while isn’t a scoring machine type-of-player, he’s been getting shots and making them, too. I like his point total to go over tonight against New York because he hasn’t been afraid to shoot the basketball with his new team and he’s getting to the free throw line (9-for-11).

If you cash the ticket, does it matter how much juice you drank? Not really, to be honest. Caruso isn’t is a do-whatever-it-takes type of player and that means when it comes to distributing the basketball he can do that, too. He’s averaging three assists per game and has secured three or more assists in three out of Chicago’s four games this year. Four Bulls players are averaging 14 points per game or more this season, so Caruso has options when it comes to passing the basketball. Chicago is making shots right now and I see that continuing tonight against a Knicks team that’s allowing just under 110 points per game (18th worst in the NBA).

New York’s game plan is to shut down Chicago’s stars. Limit the opportunities for Zach LaVine, DeMar DeRozan and company, which should lead to more offensive opportunities for Caruso. I also like the Bulls here on their home floor despite LaVine’s health (dealing with an injured thumb). Chicago is 4-0 against the spread, however, the Knicks is its first opponent that has a record above .500, so it’ll be a good test to see where the Bulls are really at. Caruso is going to have opportunites to put the ball in the hoop and Chicago makes a few more offensive plays down the stretch to come ahead ahead and move to 5-0 tonight.