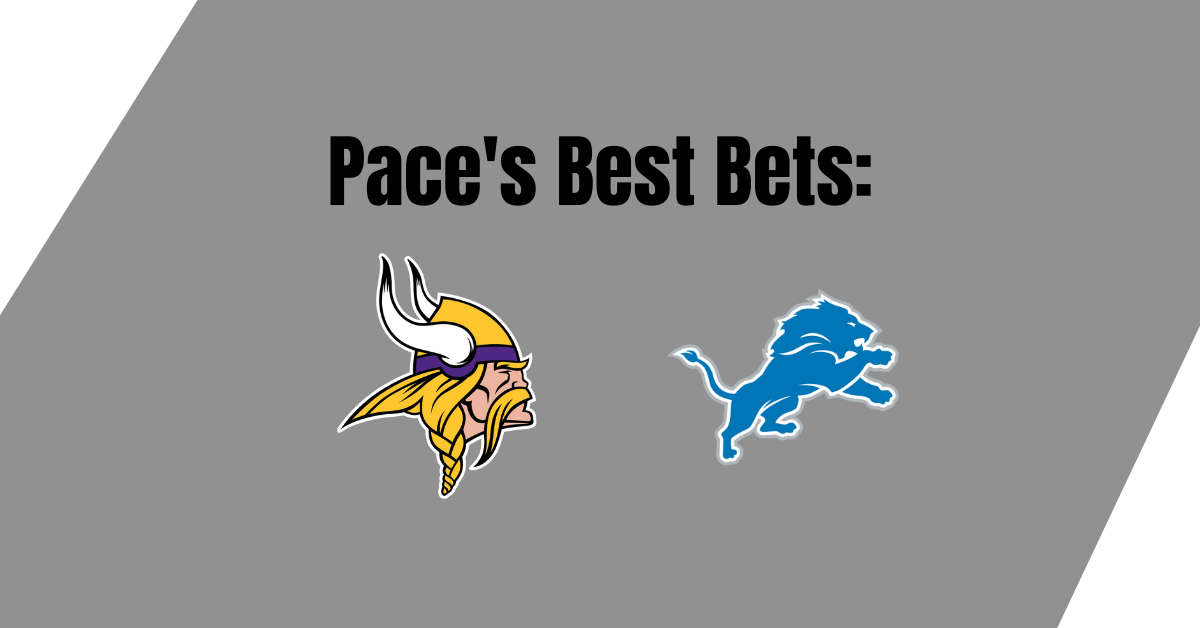 To nobody’s surprise, I gave out a guaranteed winner yesterday and it flopped. Pumba said it best, “Don’t bet on bad teams.” I’ll add to that quote:

I said Uconn -3 was winner before the game even started. I bet Uconn -3 early Saturday morning then I added a few more units on it because I was so confident. Umass was ranked near dead last in points scored and points allowed. How the hell was Umass going to score and/or stop Uconn? I know that last sentence is going to raise some eyebrows because Uconn isn’t good either. They’ve struggled to score and stop teams just not as badly as Umass.

I finished 9-7 up just over two units on the day, however, Uconn -3 would’ve been a major bonus. But like many handicappers at the network say, we must move forward. Screw you, Uconn and Texas.

The Vikings host Detroit today and somehow, some way, the Vikings are 10-point favorites. The Loins are banged up from Penei Sewell to T.J. Hockenson but 10 points seems too high. Here are my favorite plays for today’s NFC North showdown.

I’m done guaranteeing winners before a game starts but the Lions have given up 23 plays of 20-plus yards and 19 of those plays have come through the air. This is going to be a huge game for Kirk Cousins, Adam Thielen and Justin Jefferson. Half of the secondary for Detroit is injured with Jeff Okudah and Ifeatu Melifonwu out, so converted safety Bobby Price and undrafted rookie Jerry Jacobs will see action today. Cousins is going to have a big day through the air.

This bet seems like a no brainer, no? A touchdown cashes the ticket. Now for the bad news. You’re going to have to drink a tall glass of juice as the odds are sitting at -160. But when I see a beat that’s an easy winner, I don’t care how much grape juice I’m drinking. Minnesota ranks fourth in the league in first quarter points scored and in its last three games they’ve scored 9.3 points per first quarter.

This is always a strange bet to make because five sacks doesn’t seem like a lot, does it? To me it doesn’t but then when the game ends both teams end up with a combined three sacks. It’s happened to me multiple times. But Detroit will play this game without Pro Bowl center Frank Ragnow, left tackle Taylor Decker and Sewell is dealing with an ankle injury. The Vikings are going to get 2-3 sacks and I expect with Cousins looking to have a hay day through the air that Detroit will have chances to get Cousins while he’s looking for wide receivers.

Let’s have a day, ladies.