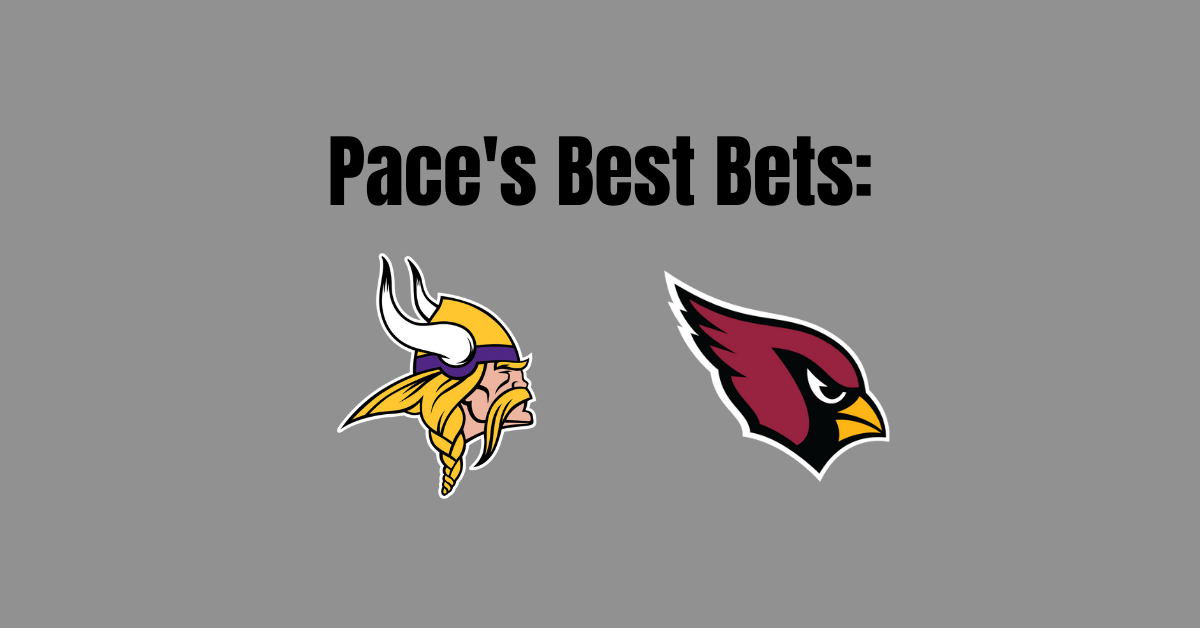 Week 2 in the NFL means it’s time to fade the public. And as I type this there are only three games where the public is on 70 percent or higher on an ATS side. Sixty-four percent of the public is on the Cardinals -3.5 here. But when you dive into the head-to-head trends between these two teams, the underdog is 6-2-2 ATS in the last 10 meetings of this contest. Minnesota is also 3-0-2 ATS in its last five meetings against Arizona.

From prop bets to the total, here are my favorite three bets for this game.

More money is coming in on the under here as the odds have shifted to -115 but I like the over here. The Vikings defense will be without Anthony Barr, Harrison Hand and Everson Griffen today. Also, keep in mind Eric Kendricks is listed as questionable. Kendricks was added to the injury report on Thursday and he led the NFL in Week 1 with 15 tackles after missing the final five games of 2020. Head coach Mike Zimmer did say earlier this week that Minnesota was just being cautious with Kendricks but if he doesn’t play, the Vikings are going to struggle defensively.

Arizona’s offense is elite and we saw that against Tennessee. After seeing Minnesota struggle with Cincy last week defensively, I have a good feeling that the Cardinals are going to put up some points. Minnesota will be down 10-14 points in the second half and then will finally open up the playbook and score enough points to push this total over the number.

Kirk Cousins is the king of “I Didn’t Play as Good as my Stats Say.” Against Cincy, he finished 36-of-49 for 351 passing yards and two touchdowns but he didn’t look that great. Last season, Cousins averaged 266.6 passing yards per game and threw for over 270 yards seven times including in three straight games late in the year. If Minnesota is going to win this game it’s because of a few big plays in the passing game. Justin Jefferson needs to get more involved and while I think the Vikings will play from behind, I think Zimmer will get tricked into abandoning the run game and open the playbook more through the air.

I’m not going to use the “G-word” here but I really like Max Williams under 1.5 receptions today. Yeah, you have to drink some flavor juice but it’s not horrible. Since 2016, Williams has played in 54 games and has a total of 54 receptions. Yes, even my high school math can handle small numbers. Williams was targeted once last week against the Titans. Here are the players that had more targets then him last week:

What I’m trying to say here is that Arizona has a handful of wide outs that can make plays and Murray won’t be looking to Williams this afternoon.

Quick note: Just 21 of Williams’ 55 snaps resulted in him running routes last week against the Titans.