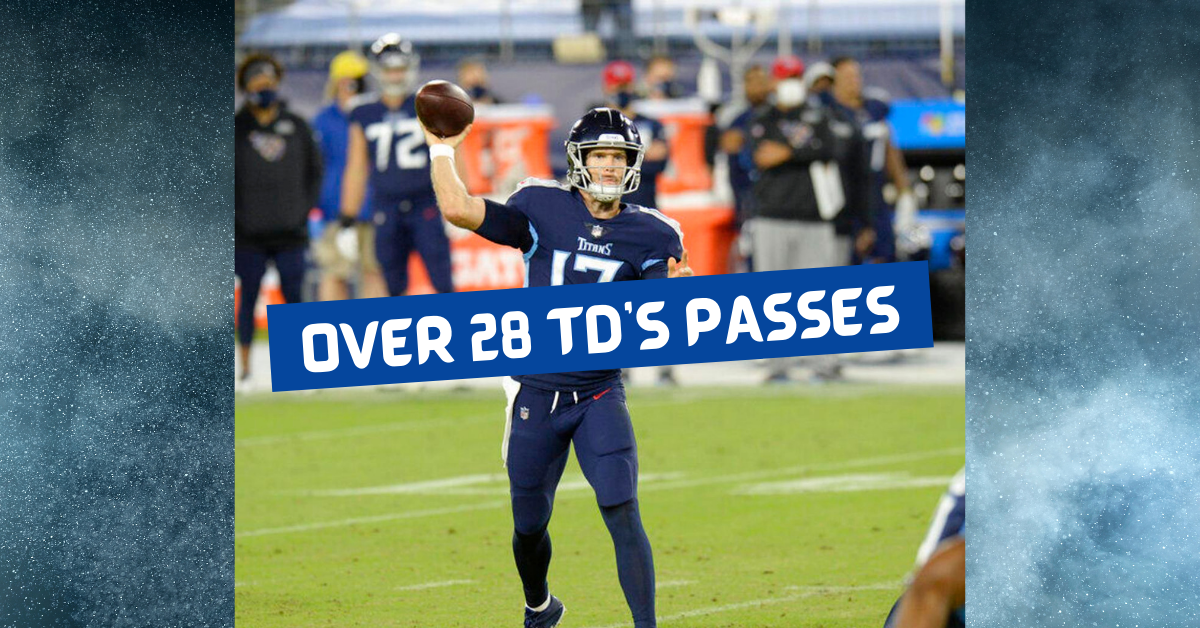 Ryan Tannehill is the most under rated quarterback in the NFL. Coming off of his career best (touchdown wise: 33), I am fully expecting him to exceed expectations again this season.

With the addition of Julio Jones and retention of AJ Brown, Tannehill arguably has the best duo of targets in the league. These two are red zone monsters making a defense keying in on running back Derrick Henry very vulnerable in the secondary.

In addition, the Titans defense is close to the very bottom of the NFL (30th) and hasn’t gotten much better in the offseason. Tannehill will likely be in quite a few shootouts and in order to keep the Titans in games, will have to throw frequently. I realize Derrick Henry is the focal point of this offense but so does every defensive coordinator in the league. With another game added to the schedule I believe this over should hit by week 14.

I like Tennessee in general this year and believe they are a true super bowl contender, but the defense makes me a bit nervous leading me to believe that Tannehill is the correct play.

An outlook of Tannehill’s season :