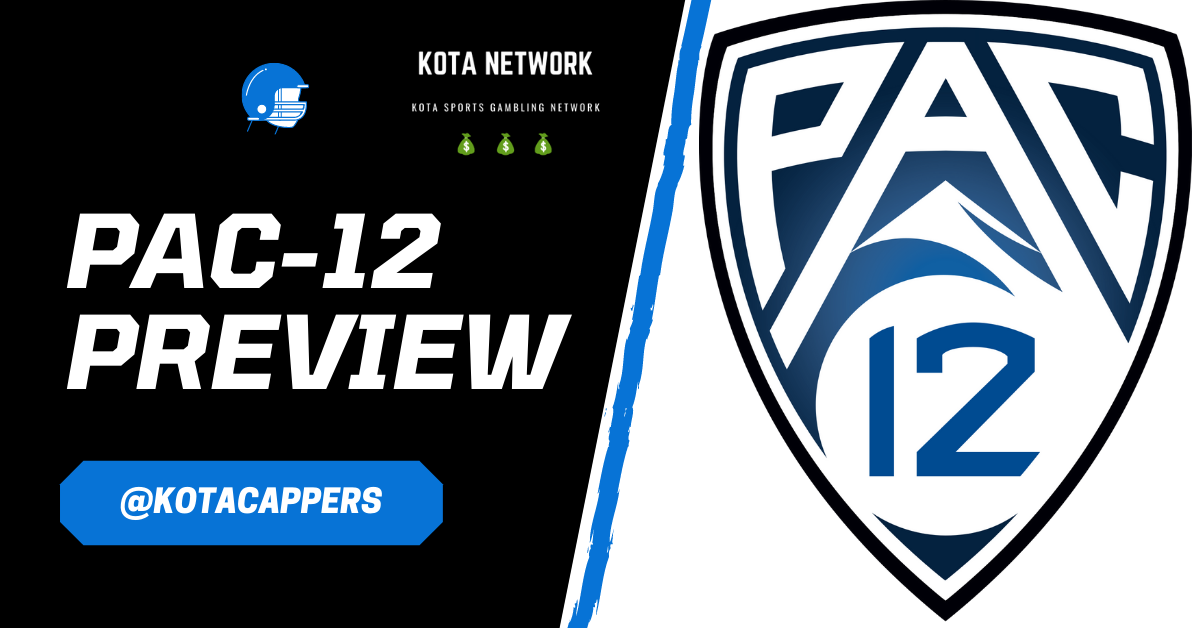 In an extremely fluid time for college football, the stakes have probably never been higher for the PAC-12 conference. At the end of the day, it’s CFB Playoff or bust for the top teams out west. Oregon is the favorite to win the conference at the low odds of +250, which I think is far too low considering how much better the rest of the conference is going to be compared to years past. The top 6 teams all have a shot at winning 9 or more games, although I am giving UCLA a lot of unearned credit.

Ohio St will be a donnybrook, especially in Columbus. If they manage to beat the Buckeye’s, the Ducks have a really good shot at making the CFP.

The Ducks do not play either USC or Arizona St which helps their win total over, but might hurt their rankings throughout the year.

Mario Cristobal? Hell of a name, especially for a college football head coach.

The Huskies host Oregon in their biggest Pac-12 conference game. Washington has four of its first six at home and three of its final four there as well.

Depending on the line, I love Washington @ Michigan. The time zone difference might come into play, but I have zero faith in Harbaugh.

The Trojans need their offensive line to improve drastically in order to take the next step. To put it lightly, the unit STUNK last year.

If USC beats Stanford, there’s a good chance they start the year 5-0 before hosting Utah. IF they manage to beat Utah, the over 8.5 is a lock.

It’s a soft start to the year for Arizona State, which has six of its first nine at home before two of its final three on the road. Jayden Daniles is GOOD and I expect him to take another step forward this year. Offensive line has 4 starters back and should provide Daniels steady pockets to step up in. I’m on the Sun Devils season win total over.

Two non-conference road games early on will test the Utes, who only managed five games last year. They travel to USC and Stanford but host Oregon and Arizona State. I’ve historically never had the ability to handicap Utah. They’re either way better than I think they should be or flop when I finally buy in. No further comment.

I’m putting multiple years of my life on the Week 0 over vs Hawaii. No handicapping necessary, this is one where you blindly take that over. You can go to the bathroom and grab a fresh beer and miss two touchdowns. Take the over, hammer it, spend the money before the game starts. Bing Bang Bow.

The Bruins first three games are at home, including facing LSU in the Rose Bowl in Week 2. I believe UCLA having a game under their belt will really help them vs the Tigers. Also, Coach O kind of sucks (I’m sorry). October is marred with challenges as they take on Arizona State and Oregon at home as well as a road game at Washington.

Wazzu! Hell of a nickname. The Cougars have six of their first eight at home as they have a pair of three-game homestands. The closing stretch features road games at Arizona State, Oregon, and Washington, so the wins better come early.

Who’s going to be the QB? Do we know yet? Not in love with this team whatsoever.

The first six games of the year alternate between home and road before three of their final four come on the road. They get USC at home and Washington on the road.

Chase Garbers sucks. This Cal team only managed to score 81 points last year. Justin Wilcox also sucks. I’ll be on under 6 for the season.

Stanford has just two true home games in the first seven weeks of the season. The payoff comes with four of five at home to close out the slate. Getting Oregon and Notre Dame at home are good tests.

David Shaw sucks. If you want to watch someone punt on 4th and 4 from the opponents 37 yard line, he’s your man. There’s being conservative and then there’s Shaw. He is not the answer and college football is moving away from dudes like David. Taking the under of 4 is a tough pill to swallow, but I’m considering it.

Not too many P5 schools play other P5 schools in the non-conference, but here are SEC and Big Ten opponents. Colorado has four of its final six on the road, including contests at Oregon and UCLA. The Buffs do host USC and Washington.

Colorado will be a part of some fun games, but I don’t think they’ll be a great team.

The Beavers! People forget that they beat Oregon last year in the “Fog Bowl.” People also forget that Shelly Smith’s niece got a piece of ice thrown at her head.

The opening game at Purdue is interesting, as they follow up with two wins before getting USC and Washington in conference play. Closing out with a home matchup against Arizona State and the battle with Oregon is always tough.

It’s not a great bet and I’m so prepared to lose, but I’m on the over. Why? Because they’re the fuckn beavers.

Getting Oregon, USC, and Arizona State on the road is not good for the Wildcats. Northern Arizona won’t be easy either for Arizona who will be hard-pressed to find a ton of victories.

Dog ass team. However, it can’t get worse than Kevin Sumlin. I’m not sure about the 2.5 win total, I’d lean under just ever so slightly. I’m giving Jedd Smith a year before judging this program. Stay away, they could go winless.

UCLA to win the south: +700 on PointsBet

Washington to win the north: +135 on DraftKings