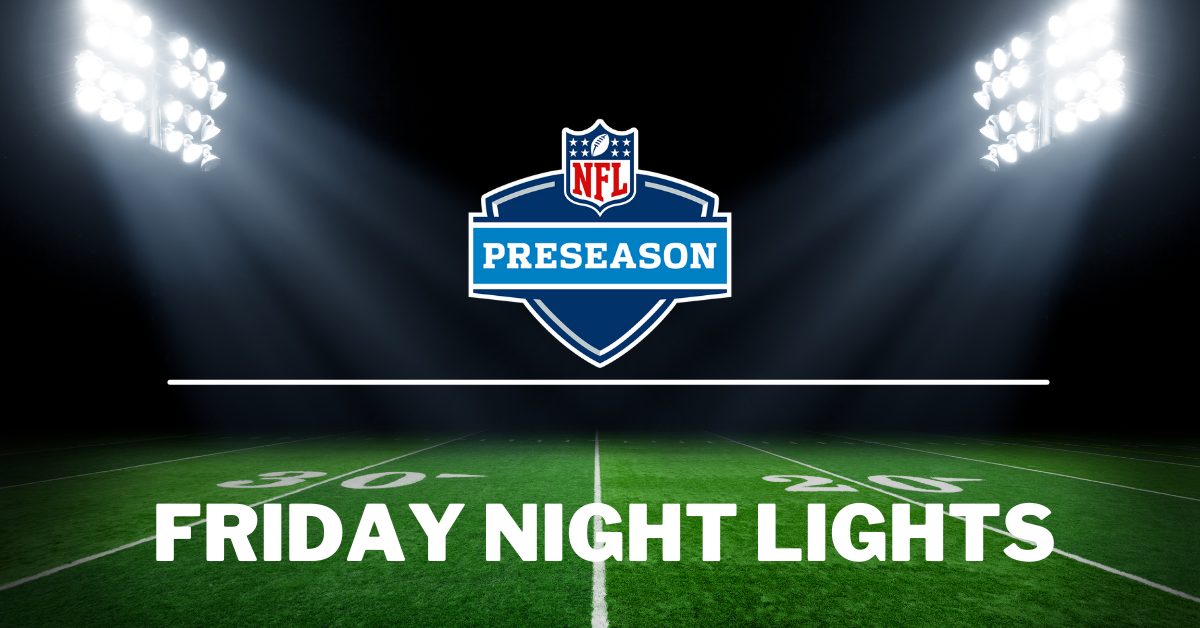 After a 1-1 night on Thursday, I’m back with three more NFL preseason plays to kick you into a weekend full of football. I’m 3-1 in my preseason plays for far this year and don’t plan to stop the winning anytime soon (screw you Philly for getting outscored 17-0 in the second half last night). If a handicapper can handicap NFL preseason better than they can the regular NFL season, what does that say about them? Asking for a friend.

Tonight (Friday) we have three contests starting with Tennessee vs. Atlanta and Buffalo vs. Detroit at 6 p.m. The late game tonight is Dallas vs. Arizona at 9 p.m. on NFL Network.

Most of the sharp action is on Tennessee tonight but I don’t think that’s the play (that’s why they don’t call me a sharp). Arthur Smith, new Atlanta head coach, knows the Titans like the back of his hand after spending the last nine years with the organization as a defensive quality control coach, offensive quality control coach, offensive line/tight ends assistant, assistant tight ends coach, tight ends coach (finally) and offensive coordinator. On the flip side, Titans head coach Mike Vrabel is just 2-6 ATS in the preseason. The Falcons had a very underwhelming season in 2020, so I’m going to stick with the approach that I’ve been using this preseason – go with the team that has more to prove even if it’s in the preseason.

Is Mitchell Tribusky about to ball out tonight? Who the heck is Tim Boyle and David Blough? Yes, those are two quarterbacks for Detroit. I don’t have a side play here but Buffalo is 7-5 ATS in the preseason with Sean McDermott at the helm including a 4-0 record in the 2019 preseason. I’m headed to the total here and I like under the number in this game. I expect the Bills to put up some points but I think with all the new wide receivers that Detroit has (they lost its top three from last season) that there’s going to be miscommunication at times with these second and third string quarterbacks. These wide outs want to catch passes from Jared Goff not two dudes with names that sound like they hang out at your local diner.

Dak Prescott won’t play tonight due to the latest news of him getting another MRI on that shoulder. We will see one star quarterback, however, as Kyler Murray is expected to take some snaps. This total opened up at 40, which was the highest opener of any NFL preseason Week 1 total. Very interesting. It’s now dipped down to 38 but with a game under the Cowboys’ belt, could we see points here in the final game of the night? For what it’s worth, Dallas played Pittsburgh last week and the Steelers scored 24 points on Thursday night and the total, over 37, also hit. Is that a sign that Dallas could put up some points tonight in its second preseason game of the year? Possible but I’m going to stick with the under here. The Cowboys passed 43 times last week against Pittsburgh but they’ll face Arizona’s first-team defense at times tonight. A defense that ranked seventh overall last season. I think this total is just too high. All preseason games this season have seen 40 points or fewer. I’ll take my chances with the under here.